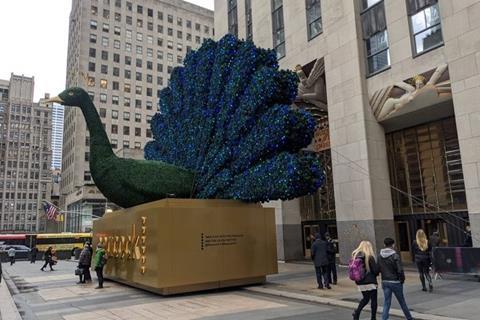 The free, ad-supported streaming service will launch with subscription tiers offering users more than 600 movies and 400 TV series as well as a line up of live and on-demand content covering news, sports, late night and reality programming.

The Comcast owned company has taken a different yet strategic approach to its high-profile competitors, announcing a tiered price offering that will enable consumers broad access to the Peacock service across web, mobile and connected-TV devices.

In an announcement, the company said it expects Peacock Premium to bundle with additional partners in the coming months.

Peacock is split into two different packages, Free and Premium:

NBCUniversal Digital Enterprises and Peacock chairman Matt Strauss said: “Peacock will provide consumers with a destination that goes beyond movies and television, aggregating a variety of content that fans want on one service.

“By delivering timely and topical content like breaking news, live sports, and watercooler moments from late night, Peacock is uniquely bringing a pulse to the world of streaming that does not exist in today’s marketplace.”

The Peacock mission is to deliver a world-class slate of exclusive originals, on-demand libraries of hit TV shows including The Office and Parks and Recreation, plus critically-acclaimed films from Universal Pictures, Focus Features, DreamWorks Animation, Illuminations and Hollywood’s biggest studios.

With sport the biggest streamer for audience eyeballs globally, Peacock will feature the most anticipated event of 2020, the Tokyo Olympics.

Peacock will feature live coverage of the Opening and Closing Ceremonies before they air on NBC in primetime, and three daily Olympic shows including. It will also live stream more than 1,000 hours of exclusive coverage from the Tokyo Paralympics.

Beginning in August 2020, football fans will have access to 2,000 hours of Premier League coverage, including more than 140 matches that aren’t available on television, as well as clips and replays of the most exciting moments from the pitch.

The Ryder Cup golf tournament will also be coming to the service in September 2020 with featured groups of Europe’s and America’s best pairings.

The company expects to reach 30-35 million active accounts by 2024.

NBCUniversal chairman Steve Burke said: “This is a very exciting time for our company, as we chart the future of entertainment.

“We have one of the most enviable collections of media brands and the strongest ad sales track record in the business. Capitalising on these key strengths, we are taking a unique approach to streaming that brings value to customers, advertisers and shareholders.”