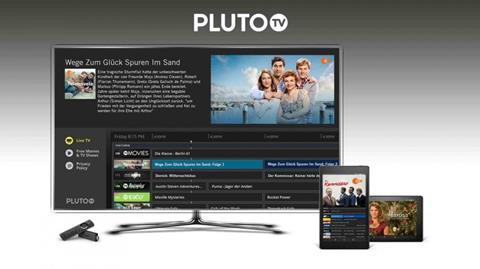 BBC Studios and Endemol Shine Group are among 55 media and content providers that have partnered with Pluto TV ahead of its expansion into Latin America.

Viewers will be able to stream blockbuster movies like the Star Trek franchise and feature films such as The Big Wedding, Chef, Blue Valentine, Snowpiercer, The Immigrant and The Lincoln Lawyer.

The ad-supported streamer said its LATAM offering will include “a diverse slate of programming tailored to the region with hit television series and award-winning movies, across a variety of genres including reality, anime, lifestyle, competitions, nature, true crime and kids’ content”.

Other partnerships involve Fremantle, Lionsgate and Hearst as well as ViacomCBS brands Nickelodeon, MTV and Paramount.

The service is scheduled to launch in 17 Latin American countries at the end of March, including Argentina, Chile, Mexico and Uruguay, with plans to enter Brazil by the end of the year.

Last year, it launched three new channels in the UK, which was part of a wider Channel 5 strategy.

ViacomCBS said that it will also be available through local pay-TV and mobile operators after launch, while customers can immediately access the service through a stream from its website, applications to download on iOS and Android devices.

Pluto TV senior director of content partnerships Eduardo Arias said: “We are thrilled to have these amazing quality content partners supporting the launch of Pluto TV in Latin America.

“We look forward to working with them, bringing new partners on board, and offering our audiences diverse and engaging content.”

While its non-scripted content explores people, places and cultures across the globe as they relate to true crime, animals and nature, realities and fan-favourites like MasterChef, Food, Booze, & Tattoos, and Anthony Bourdain: No Reservations.

Last year IBC365 spoke with Olivier Jollet, managing director of Europe for Pluto TV, he explained that in a tough, competitive media market, choosing the right business model is crucial.