Survey: Race to digitise sports content as live television falls out of favour

The UK and US are nations of sports fans, with 8 in 10 watching sport at home or on their mobiles, according to a survey of 2,000 people. 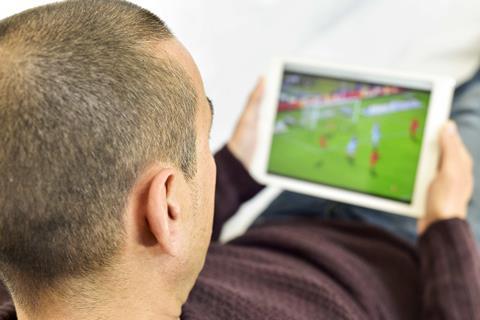 Live television is in decline, as the proliferation of mobile devices has transformed how people watch sports content

The survey undertaken by FTI Consulting for video management company Imagen found that the average person watches three different sports, dispelling any myths that loyalties are tied to one team or one sport.

Live television is in decline, as the proliferation of mobile devices has transformed how people watch sports content.

They now spend 60% of their viewing time on non-live television, which is particularly the case with the 18-29 year old age group.

Technology has disrupted the model when, as little as 5-10 years ago, days would be planned watching favourite teams live on television. Instead, the flexibility offered by advances in IP delivery and affordable mobile devices means it is possible to play catch-up – watching sporting action anywhere, and at any time.

This has resulted in most UK viewers now watching sports on an average of five different devices in the home, including 6 in 10 using smart phones.

Strikingly, however, the UK and the US regularly watch recorded sports content, with tennis a surprise hit.

Some 45% of people in the UK and US watch historical sporting action at least once a month, and a quarter at least once a week, with some watching it considerably more regularly.

In contrast, however there are differences in the types of sports UK and US audiences enjoy watching, although interestingly, in the US, football (40%) is now watched almost as much as American football (44%).

Perhaps surprisingly, after football, tennis is the next most watched sport in the UK, followed by F1 and then rugby.

Whilst achieving the smallest viewing audiences, more niche sports such as hockey and volleyball are still watched by 2% of UK households – a figure which is likely to continue to increase as they are more readily available to watch on television.

In spite of new cutting edge technology, demand for access to good quality footage of recorded and historic sporting content is not being met. Just under half of the respondents in the UK and US said they would be likely to search for historical video clips of sports following the Olympics, showing its legacy lives on.

Flexibility to catch up on top sporting moments on demand is noted as the biggest draw for 30% of the UK population. Tied into this, viewers are willing to pay to access sports content on an app, with half of 18-29 year olds prepared to spend up to £10 a month for this.

”Fans are increasingly subscribing to both live and archive content to be streamed directly by the clubs and federations” – Tom Blake, Imagen

However, there is a huge mismatch as, in spite of this demand, a staggering quarter (26%) wouldn’t know where to look to find their favourite historical sports content, whilst 25% are deterred by poor visual quality of the footage.

Futureproofing sports content appears to be important. Over three quarters of the UK population (some 83%) want sport to be digitised for future generations, with 7 in 10 claiming that lessons can be learnt from watching past sports events.

These numbers show the desire not to lose historic sporting moments.

Tom Blake, Commercial Director of Imagen, said: “Demand for sports content would appear to be at an all-time high, with evolving consumption patterns placing a challenge at the door of rights holders and traditional broadcasters.

As demonstrated in the US, fans are increasingly subscribing to both live and archive content to be streamed directly by the clubs and federations. In the UK consumers would be willing to spend on viewing their favourite sport given access to do so. 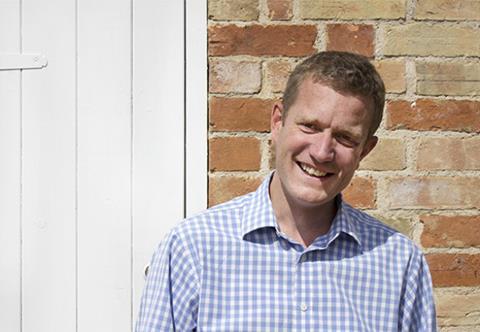 Tom Blake, Imagen: “Demand for sports content would appear to be at an all-time high”

“There is a fantastic opportunity for rights holders, including the more niche sports, to capitalise on these trends by making more content available at all times and in the process protecting the legacy of their sport.”