From the transition to digital broadcasting to the adoption of OTT, the IABM’s newly published report on Middle East and Africa outlines the prospects for growth in the region

The economy of the Middle East and Africa (MEA) region continues to suffer from political instability and a lack of regime legitimacy, resulting in an uncertain investment climate. The latest set of sanctions imposed by the US on Iran in October 2018 caused an immediate decline in the OPEC basket oil price, which may have a negative impact on growth in the region. 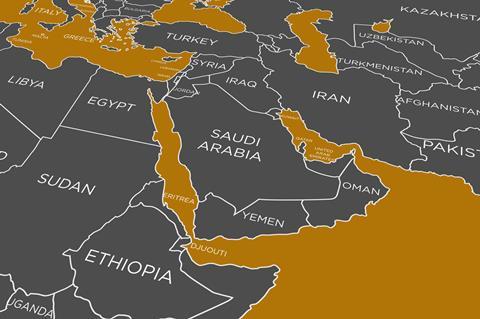 As most broadcasters in the Middle East are either state-funded or backed by private companies relying on oil to drive their businesses, the decline in global oil prices during 2015 and 2016 had a direct impact on broadcast and media technology spending. The oil price decline also caused steep currency depreciations in major oil-exporting countries in Africa, where currencies are not pegged to the US dollar. This has led to a dramatic increase in the price of broadcast equipment and services imported from abroad.

“The television sector  in MENA is going through a massive transition. The market, which has been relatively stable and dominated by free-to-air, direct-to-home (DTH) broadcasting, is increasingly populated by the new pay-TV and OTT players.”

Thanks to a partial recovery in energy prices as well as increased infrastructure investment such as the UAE Expo 2020, the World Bank expects growth in the GCC (Gulf Cooperation Council) countries to rise to 2.7% in 2019. Economic growth in Sub-Saharan Africa is predicted to rise from 3.2% in 2018 to 3.5% in 2019.

In terms of investment, MENA is highly fragmented. The majority of total broadcast spend in the region goes to processes related to storage, followed by production/post-production and editing. Today, the GCC countries account for the highest share of investment, while Levant countries (e.g. Lebanon, Jordan) are increasingly investing in upgrading technology thanks to national broadband initiatives to support OTT video, IPTV and 4K transmission in linear broadcasting.

The television sector is going through a massive transition. The market, which has been relatively stable and dominated by free-to-air, direct-to-home (DTH) broadcasting, is increasingly populated by the new pay-TV and OTT players, even though pay-TV penetration is still generally low. Major broadcasters like MBC, Rotana, Al Jazeera, Nile TV and Dubai Media Inc. (DMI) are diversifying their offerings to OTT, on-demand and live streaming options.

MENA is largely a satellite-centric market for both FTA and pay-TV offerings, and hence the region is seeing a further expansion of satellite driven by broadband, telecom and M2M.

Satellite operators can also help FTA and pay-TV channels in HD/UHD adoption. In the satellite pay-TV market, the key players are beIN Media Group, OSN and Al-Majd TV Network. By 2023, beIN is forecast to have 1.9 million satellite TV subscribers, leaving OSN behind with a forecasted 1.5 million subscribers.

However, the predominance of FTA channels, piracy and the lack of a uniform payment mechanism, which makes monetising content difficult, remain major market restraints for pay-TV operators. The IPTV market in the MENA region, in turn, is suffering from undeveloped infrastructure and is thus fairly small.

OTT penetration is still at a low level due to undeveloped payment infrastructure and low broadband quality as well as piracy. In 2016, Netflix launched in MENA but made little headway. In February 2018, the company announced a partnership with OSN - Netflix’s first partnership in the MENA region. Thanks to the deal, customer acquisition costs were reduced as OSN already had its subscriber base and payment infrastructure in place, meaning that Netflix did not need to make its own payment arrangements with subscribers. Other leading local OTT players include icflix, Istikana, Starz Play, MBC Shahid, beIn Sports Connect and Telly.

For example, the largest economies in Sub-Saharan Africa – Nigeria and South Africa, as well as countries with the fastest growing media and entertainment (M&E) sectors such as Kenya and Ghana, are currently in the midst of switching off their analogue signals. These countries have chosen to deploy DVB-T2 - some using MPEG-2, others MPEG-4.

In most countries of Sub-Saharan Africa, free-to-air (FTA) television is clearly dominant, while pay-TV penetration has marginally increased during the past few years.

Liberalisation and the opening up of the government monopoly of the airwaves to privately owned channels (i.e. private FTA licences), has been one of the biggest drivers of the growth of TV channels. 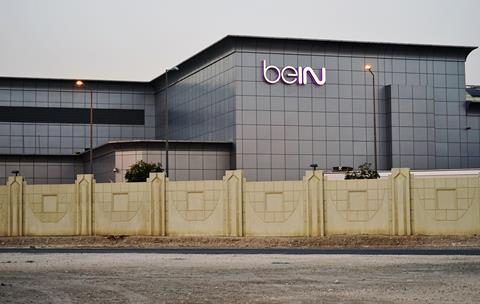 By March 2014, 25 Sub-Saharan African countries had completely liberalised (both TV and radio), 15 partially liberalized (radio only) and eight not liberalized according to the GSMA (Groupe Spéciale Mobile Association).

This recent liberalisation of the TV landscape has resulted in an increased number of private FTA TV channels, most of which are broadcast over the continent via satellite, unencrypted. However, these national African TV channels - public and private – account for only about 14% of TV channels, while the great majority in the region consists of international channels such as Al Jazeera, CCTV and BBC as well as pay-TV channels.

“In Sub-Saharan Africa the transition to digital broadcasting represents the most important driver of broadcast and media technology spending.”

Pay-TV penetration is still rather low in the region due in large to undeveloped payment infrastructure and low bank account penetration – only about 30% of the adult population in African countries have accounts. By the end of 2017, there were 23.5 million pay-TV subscribers in the region, of which 13.8 million were satellite TV (DTH) and 9.1 million DTT. According to Digital TV Research, the number of pay-TV subscribers in Sub-Saharan Africa will increase by 74% between 2017 and 2023, reaching 40.9 million.

In Sub-Saharan Africa, there have been no relevant OTT initiatives aside from the presence of Netflix, with the exception of a recently launched OTT service by Iflix, an-Asia based VOD service. However, the service only covers Nigeria, Zimbabwe, Tanzania and Kenya.

IABM members can access the Regional Reports on Middle East and Africa (MEA), Latin America, North America, Europe and Asia-Pacific on the IABM website. These include detailed insights on the latest regional developments as well as provide information for entering a new market.