As the media technology industry gathered in Las Vegas for NAB, the IABM produced a regional report on one of the world’s largest broadcast and media markets.

The media landscape in North America is experiencing radical change. In the television industry, the until-now solid business models of media companies is being increasingly disrupted by competition from OTT operators such as Netflix, Amazon and Hulu.

In the radio sector, the trend is similar: competition by digital radio providers such as Pandora and Spotify is squeezing advertising revenues, forcing some of the traditional networks to divest their radio divisions – CBS did so in 2017. Viewing and listening habits are moving to online platforms to the detriment of organisations that have ruled the marketplace for decades.

In fact, revenues from the top three North American broadcast and media organisations (Disney, Comcast and AT&T) in 2017 were over $80bn. The size asymmetry between end-users and suppliers in this region has undoubtedly put pressure on broadcast and media product prices. 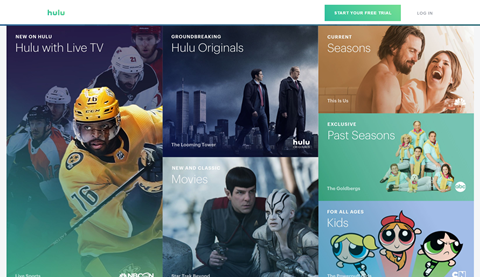 The traditional broadcast landscape in North America is structured around the relationship between media networks and distributors.

Consolidation
Disney’s acquisition of Fox highlights how scale is becoming increasingly important in the US media industry; other networks have also engaged in consolidation activity in recent years. In 2017, Discovery bought Scripps for $14.6bn, hoping to gain more leverage in fee negotiations with distributors to alleviate the impact of cord-cutting on its revenues. CBS and Viacom have recently revived merger talks following their split in 2006.

In the terrestrial sector, the return of the “UHF discount” triggered a wave of acquisitions, including the $3.9bn proposed acquisition of Tribune Media by Sinclair Broadcast Group.

Increasingly aware of the competition arising from online platforms, some pay-TV operators such as Dish Network, Verizon and AT&T started offering “skinny bundles”, namely cheaper, cut-down versions of their traditional channel bundles. They made these offerings available for streaming customers. pay-TV penetration has declined in the US in recent years, particularly due to the high costs associated with pay-TV subscriptions.

Pay-TV also continues to consolidate, with content and distribution increasingly converging. While the acquisition of Time Warner by AT&T has encountered regulatory hurdles, Comcast has recently put forward a bid for Sky, challenging Fox’s pending acquisition of the pan-European broadcaster.

Between 2017 and 2018, big tech has also increased its investment in the media sector, exacerbating competition for content and eyeballs. Netflix and Amazon are slated to invest over $13bn in original content in 2018, and Facebook and Apple also plan to ramp up their original content budgets to $1bn each. Big technology companies have also been hiring top TV executives from traditional media companies in support of their content plans.

Shifting Priorities
Faced with transitioning their infrastructures to online delivery of video content, North American traditional media companies are increasingly trying to adopt a unified approach to linear and digital workflows to maximize their operational efficiency. This has proved difficult to implement with some major media companies resorting to investment in next-generation technology suppliers to accelerate the effectiveness of their online offerings. The investments of Disney and Endeavor in BAMTech and NeuLion respectively demonstrate how OTT technology has become a strategic priority for media businesses. 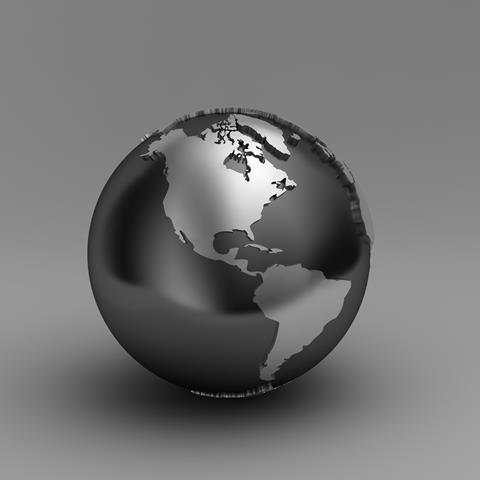 With regards to this transition, North American companies are investing more heavily in emerging technologies such as the cloud, AI and IP to achieve greater efficiencies and agility.

Cloud technology is increasingly being used to transition to on-demand resource provisioning while interest in AI has risen to monetise the growing content archives and help automate workflows.

The rollout of the next-generation terrestrial standard, ATSC 3.0, by broadcasters in the US is also expected to drive spending, particularly with regard to transmission-related equipment.

The Repack process, which should end by 2020, received additional funding by the government this year due to the technical issues experienced by some broadcasters when transitioning their channels to new frequencies. This is likely to be another catalyst for increased demand in transmission-related technologies in the region.

The transition to UHD in the US is at an early stage, with only a few established pay-TV operators launching 4K/UHD offerings between 2016 and 2018. It is safe to expect that 4K/UHD adoption will be stronger over the coming years as pay-TV operators race to differentiate their offerings and terrestrial broadcasters adopt ATSC 3.0. Increased adoption of IP technology will contribute to driving UHD spending too.

Most use cases of UHD technology highlight how this is being applied (in delivery) to live broadcasts, particularly live sports broadcasts.

A similar consideration can be made on VR, which is mostly being used in sports where it could represent an alternative, or surrogate, to watching a game in the stadium. Many broadcasters have experimented with VR between 2017 and 2018 although the only monetized initiative was the partnership between NextVR and NBA Digital to broadcast one game a week in VR, which was charged to subscribers through a subscription model.

On Monday read the Regional Focus