Remote control: New tools for production during the pandemic

Already the source of tremendous creativity, innovation to deliver tools that enable effective remote and ‘at home’ production has intensified even further during COVID-19, writes David Davies. 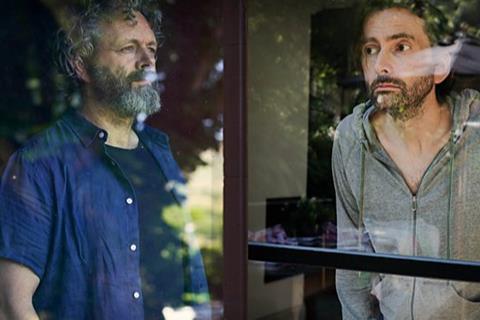 The concept of remote production – whereby equipment and personnel can be utilised back at a broadcast centre to enable a streamlined operation out on the road or on location – has been steadily gathering momentum in recent years. But if there was ever going to be an event capable of accelerating the trend, a global pandemic undoubtedly fits the bill.

From ‘at home’ news reporter contributions to drama series purpose-built for social distancing – with the BBC’s brilliant Staged, featuring Michael Sheen and David Tennant, being a prime example of the latter – the look and feel of broadcast output changed almost overnight when national lockdowns began in March. With so much content now dependent on third-party web conferencing platforms and residential broadband connections, one can only wonder how broadcasters would have coped ten years ago before high-speed internet was so prevalent.

But while these elements have undoubtedly made home-based contributions much easier, broadcasters have still had plenty of need for the specialist tools and techniques that facilitate high-quality, socially distanced productions. As Samuel Fleischhacker, senior product manager at Aviwest, remarks: “When you combine government guidelines, restrictions on travel and the need for social distancing, producing content to the normal high-end standards can become more difficult – but it’s not impossible. This is where remote production makes sense.”

Remote production vs remote working
Dave Letson, VP of sales at Calrec, emphasises the importance of the distinction between ‘remote production’ and ‘remote working’, but observes, “it’s fair to say the pandemic has focused the industry on both”. Remote production, he continues, “was already being used but it’s now being explored far more widely”.

Calrec is setting out its stall in this regard very clearly, with the now firmly established 2U remote production RP1 unit allowing broadcasters to capture live events and then mix them in a remote facility. But according to Letson, the more notable and growing trend during the pandemic has been remote working more generally. “With social distancing production restrictions, customers are using Calrec technology in new and innovative ways to adhere to these rules,” he says. “This is across the board in terms of the type of content it’s being used on – from sports to current affairs to reality TV.”

Calrec: VP2 is Calrec’s virtualised mixing system which can be accessed, controlled and setup from multiple locations via a web-browser

According to Letson, as broadcasters have become more comfortable with remote working, more live programmes are being mixed remotely with virtualised surfaces. An example is Calrec customer Tall Audio, which has completed a range of projects mixing audio from its team members’ homes using Calrec’s Brio consoles via Audinate’s Dante media networking technology. 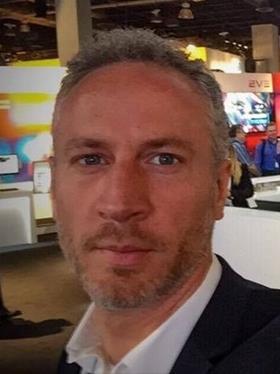 Pandemic as technology ‘accelerator’
As a company whose primary focus is on remote production solutions, Simplylive is well-placed to assess the extent to which the events of 2020 have impacted the trend. From the perspective of VP of pre-sales Pierre Mestrez, the pandemic has acted “like an accelerator. Everyone was already talking about remote production in terms of its potential to reduce expenses, for example around flights and accommodation. There has also been a lot of creativity around different kinds of production formats. But it’s clear that [COVID-19] has encouraged people to pay more attention to remote production and the technologies that support it.”

Dave Letson, VP of sales at Calrec: ‘Every day this pandemic is driving customers to think and work differently’

In terms of live remote production, few would dispute the assertion that low latency is the top priority. It’s certainly an abiding preoccupation for Simplylive, whose flagship product family is the ViBox ‘all-in-one’ video production solution. The company continues to refine and expand the ViBox range: a new 12-channel 4RU chassis was announced this year, whilst the introduction in spring of the UI Gateway has allowed the ViBox platform to be part of low-bandwidth remote workflows for multi-camera productions. Not surprisingly, the combination of ViBox and UI Gateway has proven to be especially useful during the distinctly bandwidth-variable conditions of broadcast production in 2020. 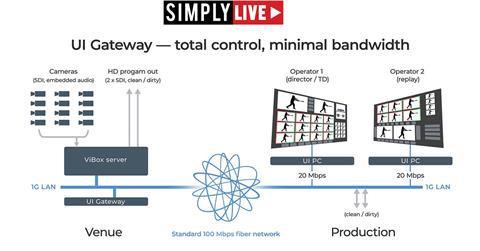 Above all, says Mestrez, the pandemic has “highlighted the importance of customers being able to work exactly how they wish to, or need to, for each production. They want to retain the same ‘production habits’ whilst obviously ensuring that the economic aspect is satisfactory.” Hence the company’s current developments around a ViBox cloud-based solution and the overriding objective of ensuring that broadcasters can “work equally effectively in all environments: legacy on-premise, hybrid remote production, and now the cloud.”

Timing is of the essence
For Peter Maag, CMP and EVP for strategic partnerships at Haivision, the pandemic has had one especially marked influence on the broadcast services sector – namely, an increased willingness “to implement remote IP-based workflows as they simply no longer have a choice. With strict social distancing protocols in place, more and more broadcasters are turning to remote or at-home production workflows to ensure the health and safety of their employees while still providing audiences with rich and engaging content.” Maag points to Haivision’s own recent research, with a poll conducted during a webinar targeted at broadcasters finding that the pandemic had accelerated the transition to IP for 79 per cent of respondents’ organisations.

Samuel Fleischhacker, senior product manager at Aviwest: ‘once the real standalone 5G with network slicing and some other advanced features is [available to use], I am convinced that it will be a transformative technology’

Keeping all the live video and audio streams in sync over IP networks can be a particular challenge for remote production, and it is with this in mind that Haivision has evolved the Stream Sync technology, which automates and simplifies real-time frame alignment. Stream Sync is supported by the Makito X Series of video encoders and decoders, which can be configured to achieve synchronised SDI output of multiple audio and video channels and streamed over an IP network with single-frame accuracy.

Maag explains: “By continuously monitoring the characteristics of both the live streams and real-time network conditions, Stream Sync applies the exact amount of buffering required to ensure smooth and synchronised multi-camera video streams for live production workflows. This is done in real-time based on timestamps embedded in each stream from the remote Makito X or X4 encoders.”

Covering major events in new ways
For Aviwest the pandemic has underlined the ability of different solutions to support different approaches to remote production. Fleischhacker points to two contrasting examples, beginning with Oman TV’s use of MoJoPro – a smartphone application for mobile journalists that allows them to broadcast HD live from the field or record, edit and forward video clips – during coverage of Ramadan that entailed significantly more individual or distanced contributions than would normally be the case. Meanwhile, it was the company’s flagship PRO380 HEVC mobile transmitter that allowed a multi-city educational game show for children to take place in line with Coronavirus restrictions.

Fleischhacker notes that Aviwest has just introduced a version of the PRO380 with support for 5G, and it is clear he believes this technology will – sooner or later – become a major enabler of remote production. Aviwest has already participated in very encouraging 5G trials, but “once the real standalone 5G with network slicing and some other advanced features is [available to use], I am convinced that it will be a transformative technology,” he adds.

Here to stay?
With countries around the world either already facing or preparing for ‘second waves’ of COVID-19, it seems certain that a heightened level of remote production and remote working will continue for the foreseeable future. As Maag observes, while cost-savings and efficiency might have been the initial drivers of these approaches, “now it’s also about the safety and wellbeing of production staff.”

Letson also expects there to be an enduring legacy of the production changes prompted by the pandemic. “Necessity is the mother of invention,” he says. “Yes, it’s a cliché, but its inherent truth has been revealed across the industry this year. Every day this pandemic is driving customers to think and work differently, and we see this continuing. So remote production and working techniques will undoubtedly grow in terms of deployment from here.”