In conversation with the Rory Peck Awards 2020 winners

The virtual edition of the Rory Peck Awards, which recognise the work of freelance journalists around the world, were dominated by two brilliant films about the impact of Coronavirus. George Jarrett spoke with the winners. 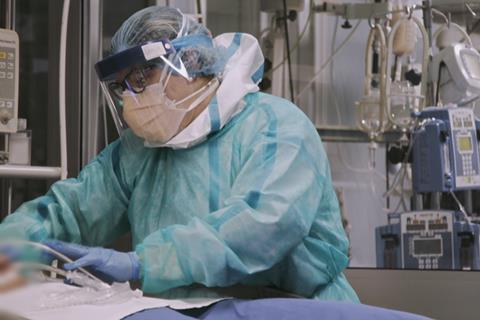 The 25th annual Rory Peck awards were a wonderful masterclass in the crucial freelancer skills of gaining and sustaining the trust of contributors and managing risk.

There was a clear sign that freelancers are leading the fight against fake news, encouraged by the famous name sources of commission, and the stark anomaly of 50% more entries than last year whilst many freelancers on the Rory Peck Trust radar are struggling to find meaningful work.

Another stand out feature was the presence of five partnerships in the final nine nominees over three traditional categories.

“Independent filmmaking is incredibly challenging so many (but not all, depending on context) of the best films are team efforts, where two journalists come together to support each other,” said Trust director Clothilde Redfern.

The Rory Peck Trust provides practical and financial support to freelance journalists and their families, assisting in times of crisis and helping them to work more safely and professionally.

The organisation is named after Rory Peck, a highly-respected freelance cameraman who was killed in Moscow in 1993 during Russia’s October coup. The Trust was set up in his memory in 1995.

The annual Awards, which usually take place in London, recognise and celebrate the contribution of freelancers to the international media industry.

Peru’s pandemic
The News category, which is all about immediacy, was won by Guillermo Galdos with the awesome C4 commissioned Poor Forced to Collect Covid-19 Corpses in Peru. 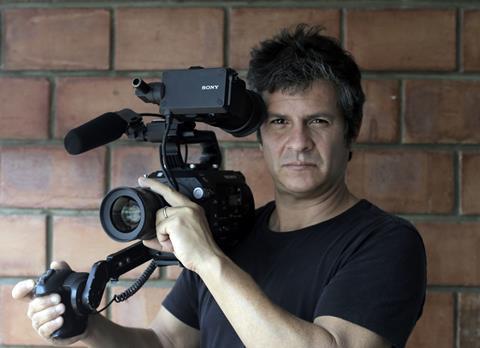 Galdos focussed on Venezuelan immigrants living each day as if it were their last, whilst earning $500 a month to support their families back home.

He said: “I have covered wars and national disasters all over the world, but I have never seen so much death in my life. As a journalist specialising in foreign news it was very difficult to be grounded, so when the state of emergency was declared in Peru (March 16) I took the decision I was going out.”

Only a few of his local team agreed to join Galdos. He identified the story when a special team to recover dead bodies was established by the government. He said: “They knew that a lot of people would die at home, because of the poor health system; Peru only had 500 intensive care beds for a population of 32 million.

“We planned very strict security measures. We spent a lot of money on the best kit to protect ourselves, and on March 18 we were completely set up and filming on the streets, and we caught the peak of the wave,” he added. “It was incredibly important to show we were not scared. To our surprise, the majority of this team were Venezuelan immigrants doing a job they never imagined doing themselves, especially in a country not their own.”

Galdos followed the team around homes, hospitals and the city crematorium for over 10 days, keeping all the rushes.

“We knew the story we wanted to tell all along, and at the end I sat and edited it. In terms of winning the trust of so many desperate people we don’t just go, shoot and leave. We tend to stay and leave the story with our characters. This is the difference between what we do and normal news,” he said.

What other difficulties did Galdos have to solve? “The main thing was keeping sane. It is disturbing to see so much death. We tried to keep a reasonable space between people, but sometimes that was impossible, because often you needed to get close,” he said.

“This story combined several elements, one being the tragic reality of the pandemic. It was also very important for me that poor migrants were doing a job that no Peruvians wanted to do,” he added. “They had hoped to wait on tables, or make cocktails.” 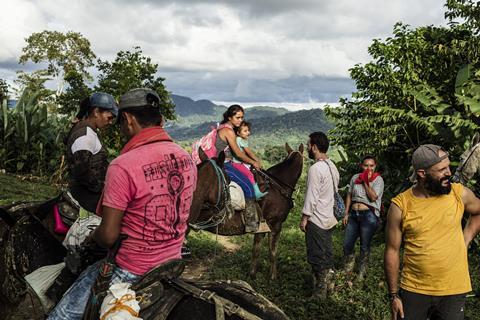 In Enemy Territory: Winner of the News Feature catagory

Colombia’s struggle
The News Feature category was the most competitive, and the winner was the brilliantly understated In Enemy Territory by Ramon Campos and Alejandro Bernal. It was produced for Al Jazeera Witness.

Set in Columbia’s North West, this looks at the continuing dangers since the peace agreement with Farc ended 52 years of civil war, as seen through the eyes of a farming community that has had 300 members killed over 20 years. The audience is told: “In the community we see death as something symbolic. The struggle is just to save our lives.”

Campos said: “This film was really challenging. We had tough conditions on the ground, and security concerns, but we had all the support we could ever want from Al Jazeera.”

“It is difficult in these days to find ways to finance this kind of work,” he added.

Italy’s peak
The Sony Impact Award went to the Italian journalist Sasha Joelle Achilli, who won with the BBC commissioned Italy’s Frontline: A Doctor’s Diary. This close-up on doctor Francesca Mangiatordi would leave anyone sobbing.

Achilli had a battle to get to her target. “From the day I was asked to travel to Italy to the day I landed the world was changing rapidly. Europe closed its borders, and hopping on a plane was no longer straightforward,” she said

Using three planes via Germany to get to Rome, Achilli then had to go north via train.

“I was stopped a number of times by military and police officers asking for self-declaration forms,” she said. “In the 20 days I was there I had three different Italian colleagues join me at different times, but it was hard to find people who would work with me in the hospital. 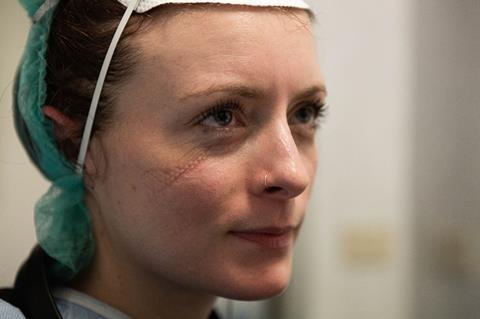 “Francesca and her colleagues became a bubble. We were exposing ourselves to similar risks,” she added. “We sent the footage back to executive producer Dan Edge on a daily basis, with the help of Riccardo Guarneri at the local news station Cremona 1, which had the required bandwidth. We remotely cut the film working with four different editors concurrently. The remote technology was not set up properly at the time so I connected via WhatsApp video call and then reviewed exports.”

Did Achilli have to coach Francesca? “No. It is very rare to find contributors who naturally have her camera presence, but she was not shaken or changed. In the end I had over 100 hours of footage, having often spent 8-12 hour shifts with the doctor and the team in ICU,” she said.

“When asked to return to my home country to tell the story of the impact of Covid-19 I was overwhelmed by an anxiety I had not ever felt before. I was determined to document the psychological and emotional impacts this pandemic was having on health workers in Italy,” she added. “I wanted to get beyond the statistics and put a face to this fight. My camera was also there to witness the peak in Italy. Despite the safety challenges and endless days working in an overwhelmed hospital, Francesca opened her doors to me. This story felt closer to me than anything I had done before.” 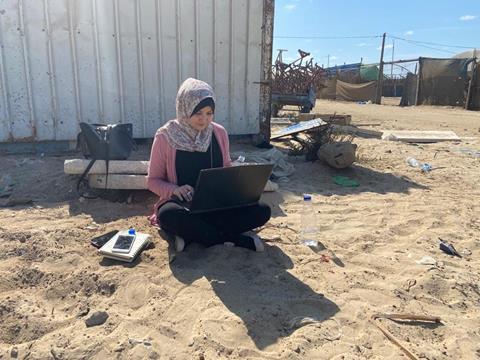 Local know-how
The one change to the awards format was formalising the nomination process for The Martin Adler Prize, removing what had been a private recommendation before.

“It allowed us to showcase more of the amazing local talent essential in bringing important stories to international attention,” said Trust director Clothilde Redfern. “It resulted in a lot of entries, and such high-quality work.

“The trustees wanted to widen recognition in a market that cannot exist without local know how,” she added.

The winner was the Palestine-based Maha Hussaini, nominated by Middle East Eye. The other finalists were the India-based Rohini Mohan, nominated by Vice News, and the Syria-based Fadi Al Halabi, nominated by C4 News.