The Royal Television Society has opened entries for its Television Journalism Awards calling entrants for creative and excellent journalism. 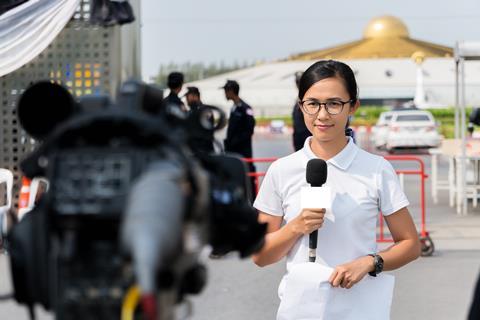 The ceremony will be chaired by Sue Inglish, former Head of Political Programmes at the BBC.

She said: “In an era of fake news, high quality journalism has never been so important.

”The RTS Television Journalism Awards seek to recognise the best in news and current affairs reporting. I am delighted to be the new Chair and look forward to celebrating the achievements of the many highly talented and dedicated people in the industry.”

Judging criteria stipulates all entrants must have been transmitted from a UK platform or online native content created from a UK production base between 16 November 2016 and 15 November 2017. Entries must be submitted by 1 December 2017 here.

The awards will be presented during a ceremony in London on 28 February 2018.

News Coverage – Home acknowledges the best coverage of a major news story in the UK. The award is intended to recognise every aspect of coverage including journalistic enterprise, quality of reporting, picture content, analysis and explanation, and comprehensiveness of overall coverage, including speed of reaction in unexpected or unplanned stories.

News Coverage – International acknowledges the best coverage of a major news story outside the UK. The award is intended to recognise every aspect of coverage including journalistic enterprise, quality of reporting and picture content, analysis and explanation and comprehensiveness of overall coverage, including speed of reaction in unexpected or unplanned stories.

Daily News Programme of the Year recognises the programme which has demonstrated the greatest journalistic excellence throughout the year.

News Channel of the Year recognises the news channel which has best reported the events of the year to viewers in the UK.

Breaking News recognises the expertise of news organisations in responding to an unscheduled or unexpected major news story. The judges will be focusing on the initial coverage and the speed with which the broadcaster provides cogent reports, background, context and analysis to the viewer. They will also consider how well the broadcaster reported subsequent events over the first 48 hours.

News Technology recognises the way in which news organisations harness technology in an innovative way to support and enhance journalism and the delivery of news on TV and/or other digital and online platforms. This could range from newsgathering and news presentation to new ways of displaying information to engage with viewers.

Current Affairs – Home acknowledges the best piece of current affairs journalism shot in the UK. It seeks to recognise excellence in programmes ranging from daily long-form news to weekly or bi-weekly current affairs and to other forms of topical television journalism. Short-form single current affairs items are also eligible for entry.

Nations and Regions News recognises the best coverage either of a single major news story or of a series of stories over the course of the year.

Nations and Regions Current Affairs recognises the best current affairs journalism commissioned, made and first transmitted in a region.

Nations and Regions Presenter of the Year recognises the best regional news or current affairs presenter.

Scoop of the Year recognises exclusive, entrepreneurial journalism in either news or current affairs by a broadcaster or agency.

Specialist Journalist of the Year recognises high quality specialist knowledge and expertise in thematic genres such as arts, entertainment, science, health, education, business, economics, politics and defence inside or outside the UK. Coverage of a particular area of the world is not considered specialist in itself but reporting of a theme or issue within that area is.

Young Talent of the Year recognises the best work in news or current affairs during the year by an on or off-screen journalist, editor, video journalist, camera operator or technician.

Television Journalist of the Year recognises the best work during the year by an onscreen television journalist in news and/or current affairs.

Camera Operator of the Year recognises the best work by a camera operator in news or current affairs. The judges will wish to see the breadth and depth of the camera operator’s skill.

Network Presenter of the Year recognises the best news and/or current affairs presenter whose skills may include interviewing, responding to breaking news and presenting on location as well as studio presentation.

Interview of the Year recognises the importance of the television interview in making news and in analysing issues. The judges will be looking for an interview which reveals new - and often unexpected - information and demonstrates journalistic skills by the interviewer.

The Judges’ Award can be presented to an individual (on or off screen) or a production team to recognise an outstanding contribution to the advancement of Television Journalism in the past year. This Award cannot be awarded posthumously. This Award is chosen at the discretion of the panel and entries are not requested; however, suggestions are welcome.

Outstanding Contribution Award in special circumstances a decision can be made to make a further award to an individual (on or off screen) to mark an outstanding contribution. This Award is chosen at the discretion of the panel and entries are not requested; however, suggestions are welcome.

Sky News, Channel 4 and BBC Northern Ireland were amongst the 2017 RTS award winners. The complete list of 2017 winners can be viewed here.