Chris Forrester examines the prospects for the next few years for satellite businesses. 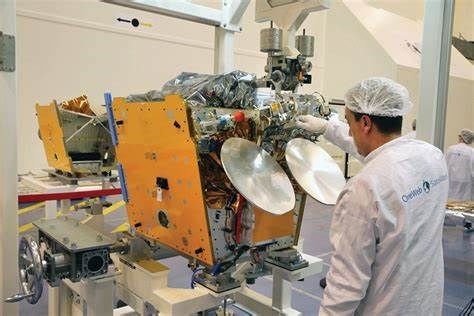 Paris-based satellite industry specialists Euroconsult, in its latest report (“The Space Economy Report”), forecasts a spectacular future for the sector. The firms says that today’s commercial revenues from manufacturing, launch and ground equipment (the ‘upstream’ segment) and the ‘downstream’ elements of operations and services are already worth some $298 billion at 2018 prices and values.

Euroconsult takes a look forward and says that the Upstream portion - worth $8 billion in 2018 - will grow over the following 10 years to 2028 to around $11 billion, while the Downstream segments will expand at some 5% annually to reach an impressive $474 billion by 2028.

Drilling down into the study - and important as the five key industry segments all are - but in 2018 the value of satellite navigation overtook satellite communications as the top commercial revenue sector. This might be hard to imagine, but the value of GPS-based devices is truly huge, and these days includes high-value aircraft navigation as well as the millions of vehicle and maritime GPS devices installed each year.

For example, in February it was announced that satellite operator Eutelsat, despite having a major glitch with its Eutelsat 5 West B satellite (launched in October 2019), was still able to operate its EGNOS device. EGNOS (European Global Satellite Navigation Overlay Service) is added to ‘ordinary’ GPS systems making them more accurate. One end result is that aircraft can depend on its signals on their final approach to an airport, and then move safely around an airport during fog and bad weather.

Not helping conventional satellite-based TV and communications is the downward pressure on pricing. This is good for the consumer and business end-user but not so appealing to the infrastructure owners. Satellite operators are discovering that their well-established businesses are now being commoditised. The only premium for transponder rentals, for example, is the fact that millions of dishes are pointed towards a particular satellite. Moving them to another operator’s orbital location would be massively expensive.

Nevertheless, Euroconsult says that the satellite market will experience a radical transformation in the quantity, value and mass of the satellites to be built and launched with a four-fold increase in the number of satellites at a yearly average of 990 satellites to be launched, compared to a yearly average of 230 satellites in the previous decade. This market value will reach $292 billion over the next decade. This reflects a 28 per cent increase over the previous decade which totalled $228 billion in revenues. 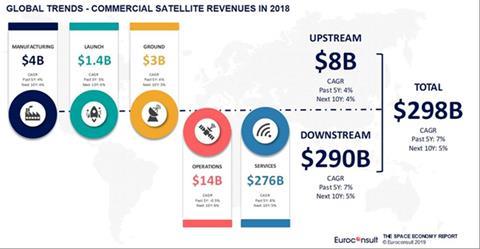 This near-explosive rise in value is largely attributed to the boom in orders for smallish but numerous satellites for the mega-constellations from the likes of Elon Musk’s Starlink system and OneWeb.

“Newcomers like OneWeb, SpaceX’s Starlink or Amazon’s Project Kuiper are becoming the largest owners of assets in orbit, challenging the satellite industry in many ways,” said Maxime Puteaux, editor-in-chief of this research product and senior consultant at Euroconsult.

These changes are characterized by several factors:

New Low (LEO) and Medium Earth (MEO) orbiting constellations are expected to account for 77% of the projected demand in the next decade driven by broadband projects like SpaceX’s Starlink, OneWeb, Amazon’s Project Kuiper, Telesat LEO and SES’s O3b mPOWER. 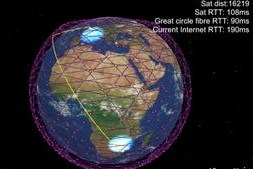 Starlink’s plan: To build and launch up to 42,000 satellites

Incumbent Geostationary (GEO) commercial satellite operators, such as SES, Intelsat and Eutelsat are transitioning from a legacy of their established GEO broadcasting business to more data-centric use cases, impacting satellites orders.

Euroconsult says the gradual recovery of contracts will continue, following the low point of just seven new satellite orders in 2017 with demand driven by the first orders of satellites with much more sophisticated fully reconfigurable digital payloads.

Dynamic
These new ‘digital’ satellites are wonderful in that they can reassign spectrum dynamically and thus allow much more flexibility over their 15-20 year lifetimes in orbit.

Euroconsult expects an average of 13 GEO communications/broadcasting orders per year post-2020 based on a replacement scenario that considers the competition of Non-GEO satellite systems and the introduction of life extension services. Demand from global and regional GEO comsat operators will reach a yearly average of $8 billion over the next ten years.

Euroconsult’s hint that ‘life extension services’ will be important. They’re right, and the world’s first ‘space tug’ or mission extension vehicle was launched in October last year, by Northrop Grumman. MEV-1 has been designed initially to mate with an old satellite (Intelsat’s I-901) that is very low on fuel and then take over the pointing and positioning of the old satellite.

MEV-1 brings with it a full tank of fuel. This will not be injected into the old satellite but MEV-1 will act as a ‘space buddy’ (officially a “Combined Vehicle Stack:), linking itself to I-901 and then taking over the normal station-keeping duties of the old satellite.

Intelsat 901 carries 72 C-band transponders and also providing Ku-band spot beam coverage for Europe, as well as C-band coverage for much of North America, all of South America, Europe and almost all of Africa.

Rescuing a craft by these means has never been done before and if the experiment succeeds means that lower-cost servicing/rescue craft could be launched and totally revolutionise the economics of satellite replacement. 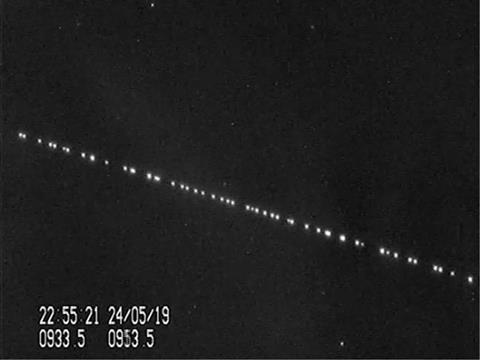 Euroconsult says that Civil government agencies are projected to be the top drivers of satellite demand, accounting for 40% of the entire market value, ahead of both defense and commercial demand. This is a result of increasing interest in space science, exploration, and Earth observation. On the defense side, a new cycle of orders is beginning with new strategies and replacement satellites needed by the US, China, Russia, Japan, India and Europe.

Added together these new systems are making a dramatic difference as Euroconsult suggests. Elon Musk’s Starlink system has plans to build and launch up to 42,000 satellites. The first iteration sees 12,000 in place by the mid-2020s and delivering broadband to every part of the planet.

Greg Wyler’s OneWeb has similar ambitions and is working to produce 15 satellites per week and to start broadband services by the end of this year.

Broadband is seen as crucial in today’s world, and while fibre-to-the-home is a reality for some consumers and businesses, satellite is a key component. This growth, forecast by Euroconsult, might even be an understatement.