With many camera and lens manufacturers making announcements and revealing upgrades at the BSC Expo in London, Andy Stout looks at the latest developments in the world of high end cameras and lenses.

There are few areas of the industry which have retained their value in the remorseless drive towards IT commoditisation in quite the same way as high-end lenses have. Despite pressure on prices from the manufacturing — and increasingly R&D —powerhouse entrants from the Far East markets, the companies operating at the high end of film and TV production are largely the same today as they were decades ago. 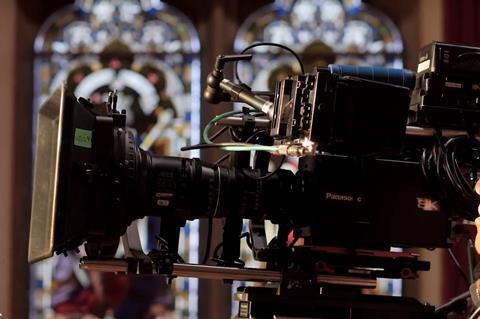 Partly this is due to lenses being a physical thing; advances in computational photography notwithstanding, you cannot virtualise a lens. Partly this is because the companies operating in the field are adroit at listening to their customers. A lens’ appeal to a DoP is largely about the look, but the fashions and trends that underpin that change, and companies such as Cooke Optics are in a constant dialogue with their customers as a result.

“We talk to cinematographers, hire companies and others on the coalface of production, keep our ear to the ground regarding nascent formats and trends, and use our experience to decide which direction to take our development,” explains Les Zellan, Chairman, Cooke Optics.

What’s interesting is some of the language involved, especially when it comes to the relationship with the cameras that lenses mount on.

For camera manufacturers, images are all about fidelity and capturing the world in as much detail as possible. For filmmakers the task is usually to present an artistic interpretation of that, which is what a good, high-end lens enables.

“Lenses play a huge role in the look of the story in these days of digital cameras,” adds Zellen.

“In the film world, cinematographers used to have dozens of film stocks to choose from and hundreds of processing options to achieve a unique look for their films. In the digital era, these options have been reduced to just four chips. Additionally, compared to the grain and warmth of film, digital images are very sterile and flat; so the lens choice brings personality and character to the image, which goes a long way towards telling the story.”

How that story is told changes constantly. Zellen charts the path of the recent zeitgeist, from vintage (which is becoming a constant presence) to the rise of anamorphic two years ago to the arrival of large format in 2018.

The drivers vary too, which means lens companies have to be sensitive to demand coming from different directions. Anamorphic lenses were originally designed to utilise more 35mm film area, but are being used in the digital era because they impart a signature look with a shallower depth of field and characteristic bokeh, flare and vignetting. It’s an artistic demand, one that Zellen says Cooke is even seeing on sports production “for live cinematic cutaway shots during play to highlight emotional moments on the field.” The need for large format lenses, meanwhile has been driven by the camera manufacturers debuting the models.

“We designed our S7/i purpose-built full frame lenses even before any large format cameras were available; through our relationships with the camera manufacturers and cinematographers, we could see the demand would be there and we were proved right,” says Zellen.

“There are very few cameras currently that can shoot it – the Sony Venice, the Arri Alexa LF, the Red Weapon, among them – so I don’t see full frame taking over the world, but it certainly has its place and is on the rise.”

Zeiss’ latest entry in its catalogue acknowledges this in the shape of the Supreme Prime range, encompassing 13 lenses from 15mm to 200mm.

“These are lenses that cover large format sensors, up to the Monstro Vista Vision size, explains Casenave. 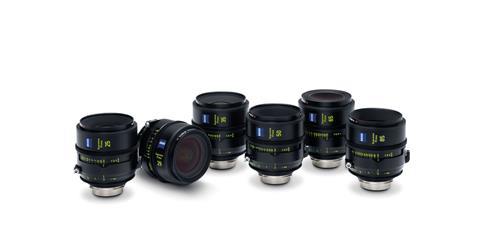 “They are high speed and open T 1.5. In combination with the usage of large sensors, this will allow to produce images with a very shallow depth of field while still being sharp when the cinematographer wants it. While being very sharp, they do feature a nice organic look – they have all the attributes to help the cinematographer produce his or her own individual image look.”

Cooke’s very latest release conflates two recent trends together in the shape of the new Anamorphic/i Full Frame Plus range launched at last week’s BSC Expo in London, which offers large format coverage with anamorphic characteristics and is available in both normal and SF coatings (Special Flare: a coating that kicks up flares and other aberrations a notch for an even more individual look).

The company was also showcasing the latest version of its /i3 metadata system at the show that has added individual lens distortion mapping to its metadata output and is set to be integrated into the Sony Venice large format camera soon. 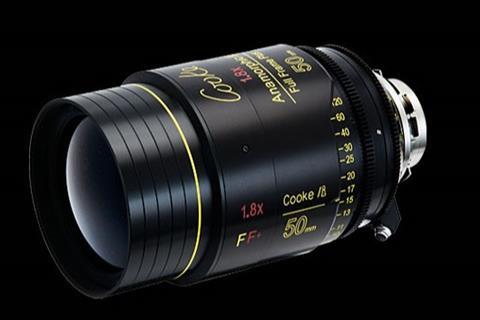 Zeiss licenses and builds upon Cooke’s /i technology with its own eXtended Data system, which is also arriving on Venice.

Indeed this is where Casenave sees the next wave of development coming from. “The word is ‘digitalization’,” he says. “Films are integrating more and more computer designed and animated elements. This is a real challenge for cinematographers and they generally want to keep control of the image look. Lens and camera manufacturers must provide solutions that allow them to print their look on the digital parts as if it would be shot by real lenses.”

For the camera manufacturers themselves it’s been a fairly quiet time at the high-end now that Arri has joined the large format party with the Alexa LF.

Red has though just taken the wraps off a new 8K unit called Ranger, which ditches the company’s usual modular approach for a more conventional (ie locked down) unit. Targeted initially at the rental market (“It’s what the rental houses asked for,” comments the company’s president Jarred Land) it will be interesting to see if it changes the company’s approach to the rest of its range.

Elsewhere, firmware and license updates have been the order of the day as the large camera companies adapt to evolving demand.

Sony, for instance, announced at BSC that it will be adding 4K 120fps capabilities to the Venice via an extended additional license that’s going to drop in June. 2K 120fps had already been mentioned in the roadmap, but High Frame Rate is high prestige work and 4K is probably a minimum requirement nowadays, in part due to Netflix’s insistence on it for its original productions (though the streaming giant, for the moment, says that HDR is more of a creative decision).

Panasonic also had a firmware update at BSC for its EVA1 camera that added H.265 codec support which allows the camera to record 4K 50p/60p video with 4:2:0 10-bit video sampling.

“Generic 4K has been widely available for several years now, and High Dynamic Range is far more impressive to the consumer, there’s no disputing that,” says Oliver Newland, field market specialist for professional cameras at Panasonic UK. “Having cameras capable of capturing the wide dynamic range needed for HDR is a big thing.”

It’s been almost three years since the launch of the Panasonic Varicam LT and, although then it worked with Codex to deliver the RAW-only Varicam Pure in Autumn 2016, the feeling is that something is in the offing.

Quite what it will be is, as yet unknown, though the hope is that it could be based on a new, organic CMOS sensor co-developed by the company and Fujifilm. But the form factor is totally up in the air: footage of a test shoot at 2018’s ‘Up Helly Aa’ in Shetland last year revealed an 8K prototype very different to the image of the organic sensor equipped AK-SHB810 box camera that the company was showing later that year.

“When developed with a camera/recorder it will be very impressive,” says Newland of the sensor. “It will have a global shutter, be able to do 60 frames per second, and have great dynamic range. I’m sure at some date that will be put on the back of a motion camera.”