Broadcaster’s lavish programming showcase this week was designed to send a message that it is serious about taking on rivals like Netflix and Disney+. 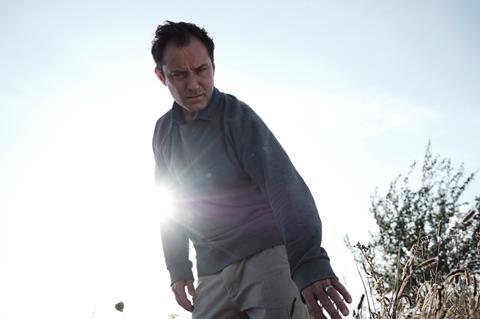 Sky laid down the gauntlet to streaming rivals such as Netflix and Disney+ this week with a lavish showcase of its upcoming original programmes.

The Comcast-owned broadcaster’s 2020 Up Next showcase, held at the Tate Modern in London, saw talent such as David Schwimmer, Maisie Williams, Brian Cox, Billie Piper, Dynamo, Freddie Flintoff, Rob Brydon and Steve Coogan discuss on stage the programmes they are making for Sky.

The event was hosted by Chris Evans, who described the showcase as “the biggest season launch ever undertaken” in the UK TV industry, and who interviewed a succession of stars during the evening – 33 in all. The venue itself was dressed to look like a plush jazz lounge, with champagne at every table.

Certainly, it harked back to – if not exceeded – the pre-streamer days when cash-rich broadcasters used to throw money at season launches to promote their upcoming schedules.

The timing of Up Next for Sky was significant, coming as it does shortly before the spring UK launch of Disney+, and a plethora of other streaming services such as HBO Max, Peacock and Quibi.

SVOD subscriptions have now overtaken pay-TV subscriptions, and Sky clearly intended the showcase to demonstrate that it was taking the fight to its rivals by commissioning high quality, big budget programmes to prevent subscriber churn.

Sky used the event to tout its expanded push into original production, saying that 80 original series will hit Sky screens in 2020, a 25% year-on-year increase. It also unveiled 10 new Sky original commissions that are in the pipeline, with stars attached including Dawn French, Robbie Coltrane, Jane Horrocks and Jamie and Harry Redknapp.

Zai Bennett, Sky’s managing director of content, said the broadcaster “has come of age” and that it was “setting out our stall” against its competitors. “We’re creating and investing in our own world-class original content that sits perfectly alongside the best from the US.”

He pointed to shows such as the Emmy Award-winning Chernobyl and Succession which have won over critics and audiences.

“We’ve had strength and depth for a while, but we are finally being recognised for it,” said Bennett.

Sky, which was acquired by Comcast in 2018 for £30 billion, has previously said that it will double its investment in original content by 2024, spending about £1 billion in Sky Studios programming over the next five years.

“We want to make sure that we’re offering our customers the most high-end, engaging TV that quite simply blows them away.” Zai Bennett, Sky

Coming up this year are original series such as crime thriller Gangs of London, directed by Gareth Evans, The Third Day, starring Jude Law and Naomie Harris, I Hate Suzie (Billie Piper), Save Me Too (Lennie James, Suranne Jones and Lesley Manville), Breeders (Martin Freeman, Daisy Haggard), and The Trip to Greece (Steve Coogan, Rob Brydon). 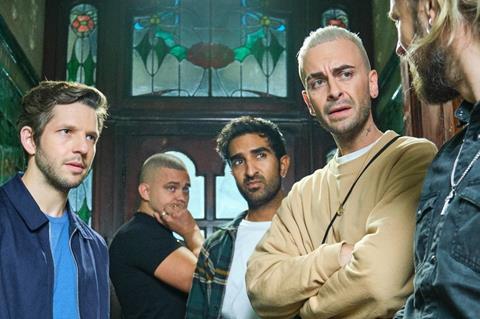 Bennett added: “In a world where there are more hours of content than ever, we want to make sure that we’re offering our customers the most high-end, engaging TV that quite simply blows them away.”

The broadcaster hopes to create much of its new content at Sky Studios Elstree, its new 32-acre TV and film studio in North London where it will make many of its new shows – and which offers physical proof that Sky is serious about competing in the long term with its streamer rivals.

Sky CEO Jeremy Darroch told the Up Next audience that Sky Studios Elstree will soon be breaking ground, and will be about the size of 22 football pitches, will have 14 sound stages, and would create around 2,000 creative jobs in the UK, and attract “something like £3 billion in production investment” in its first few years.

“We believe Sky Studios Elstree is going to be the first environmentally friendly and sustainable facility.” Jeremy Darroch, Sky

“I hope it becomes a really major part of the creative ecosystem here in the UK,” said Darroch, who was keen to emphasise Sky’s investment into the UK economy, and who also stressed the environmental credentials of the facility as part of Sky’s ambition to become net carbon zero by 2030. “Because we are building it from scratch, we believe it is going to be the first environmentally friendly and sustainable facility.”

Like the launch itself, Darroch’s comments were clearly designed to underline and to differentiate Sky’s place in the UK television landscape, where Netflix has racked up 11.5 million UK subscriptions, against Sky-owned Now TV’s 1.6 million, according to 2019 figures from Ofcom. Time will tell whether the Next Up launch marked the start of a successful fight back by Sky to reclaim its ground in the UK.