SMPTE focusses on storytellers at 2019 conference 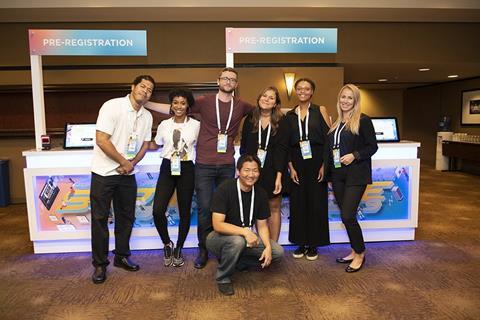 SMPTE 2019: Non-profit training and studio organisation Exceptional Minds kicked off SMPTE’s Storytellers agenda at the annual conference with a discussion about people with autism working in VFX and production.

SMPTE launched its SMPTE storytellers at this year’s SMPTE2019, looking at providing insights to help guide the society toward future success.

Jeffrey Shapiro – Exceptional Minds executive director – was the first storyteller to take the stage, introducing his organisation, which is a professional training academy and studio for people with autism, which aims to train them up to become VFX artists and animators.

Shapiro explained that the programme focusses on employment, independence and inclusion.

Figures quoted by Shapiro claimed the vast majority of individuals with autism are unemployed or underemployed – up to 90%, according to some reports, which requires public assistance and can result in loneliness and isolation for the individual.

He spoke about a graduate called Kevin who, prior to joining Exceptional Minds’ three-year programme, was bagging groceries, couldn’t drive and lived with his parents. After graduating he joined Stargate Studios as a production specialist, where he worked for four years. He then moved to Japan to work on a farm.

“The story is remarkable,” he said. “This is a guy with autism who was living with his parents and couldn’t drive, but who gained the confidence to move to another country where he didn’t speak the language or know the culture.

Exceptional Minds started in 2013 as a vocational academy offering a three-year course providing technical instruction in the digital arts. In 2014, Exceptional Minds launched a studio which is now an approved vendor for Disney, Fox, HBO, Marvel Studios, Netflix, Paramount, Universal, and Warner Bros. It has worked on 44 TV shows and more than 80 films, including Special Olympics, Sesame Street, and blockbuster films such as Black Panther, Star Wars: The Last Jedi, First Man, and Solo.

The company also offers part-time and youth engagement programmes, with a focus on work-readiness as well as the technical skills for a role in media and broadcast.

Exceptional Minds, which does not select based on where people are on the autism spectrum, also works with employers to provide support to students and graduates in employment as well as offering training to employers who take on one of its students.

Mentoring millennials
In another of the SMPTE Storyteller sessions, Yvonne Thomas, strategic technologist at DTG UK, discussed her experience of being a millennial in the broadcast and media space.

Within the next two years, Millennials – normally defined as those born between 1981 and 1996 – will make up around 50% of the US workforce according to Pew Research, but as Thomas explained, the generation has had a very different media experience than previous generations.

Yet, according to Thomas, millennials face a unique challenge as they are often trained as generalists rather than specialists, due to the rapidly evolving nature of technology in the media space.

Millennials have grown up with the internet and seen the transformation of the industry to more on-demand content, shaping their viewing habits.

She started by asking how many people in the audience would class themselves as members of the millennial generation. Just three put their hands up.

She said: “Millennials are now at an age where they are beginning to – or may have already – settled, with careers, salaries, homes and families, which means they are more considered around risks, but still focussed on returning value.”

“You need to have someone who takes you on board, trusts you and gives you room to strengthen your skills and improve,” she added.

“Strengthen the idea of a mentorship – think of your younger colleagues, invite them along to a conference, or introduce them to someone it is valuable for them to meet.”