As it looks to the future, SMPTE is set to drive revitalisation across Sections, champion standards and reinvigorate its roadmap. 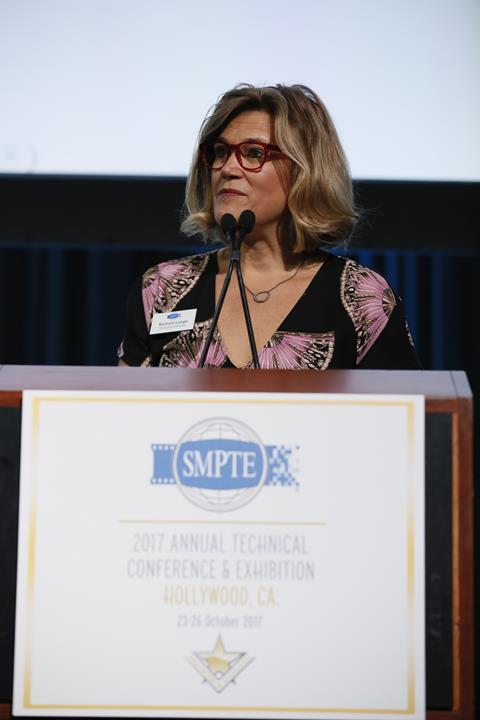 Lange said: “Attendance broke the record set last year for the Society’s centenary celebration. The continued growth of our annual conference and exhibition is a strong signal of SMPTE’s vital role in enabling the future of entertainment technology.”

Creating a sustainable roadmap and investing in the future is also fundamental for The Society of Motion Pictures and Television Engineers (SMPTE).

Addressing the digital transformation, Lange said: ”The landscape of changing members is due to consolidation in a couple of areas.

Collaborating with the Digital Production Partnership (DPP) and the Hollywood Professional Association (HPA) on new standards and specifications is vital to futureproof the Society’s work and for its members.

The new endeavour, a pilot project where SMPTE and DPP work together on developing a specification for broadcast and online delivery the ST 2067 Interoperable Master Format (IMF). The feedback from the HPA quarterly meetings directly feeds into the SMPTE standards work.

“User input is so vital for us,” Lange said.

She continued: ”SMPTE and DPP are working together on a new specification for a specific application of the IMF. Potentially creating a new direction to work towards.

”We hope it is a specific application on IMF and it maybe a new direction for SMPTE to move into alongside our committed standards work.”

SMPTE announced during its Annual General Membership Meeting the Society’s focus on the changes in the industry to drive its business strategy as they head into their next century.

SMPTE is looking towards its next century focussing on strategic thinking. Lange said: “Each of the three pillars including education, standards and membership have collaborated to think about what does the future look like. Where will be in the next century and even the next 3-5 years?”

The SMPTE board have worked on tactics and objectives Lange explains to help guide and ultimately create a sustainable roadmap.

”To ensure SMPTE has a long and sustainable future as the industry develops,” Lange said.

The SMPTE AGM meeting highlighted the shift in the industry from traditional broadcast as core to now encompass new media coexisting together.

Lange said: “As we go through this change in our industry we need to be mindful of how we are investing.”

“The ultimate goal is to have a roadmap and business plan, so as this industry changes because wek know it is, SMPTE will have a long and sustainable future.”

SMPTE membership is made up of 6,600 individuals and 250 companies, which is less than 2016, which Lange said is due to change and consolidation within the industry.

Global meetings and activity on new standards including SMPTE standard ST 2034 and Archive eXchange Format (AXF). AXF standard has been adopted by ISO and ICE which means it is a globally adopted standard.

With 26 sections around the world a focus is on education: