Social media platforms can be considered as both competitors to, and partners of, traditional broadcasters.

News and sports in particular as well as other regional, national and international events, are vital to both. And they also rely on interaction with others, to a greater or lesser extent. 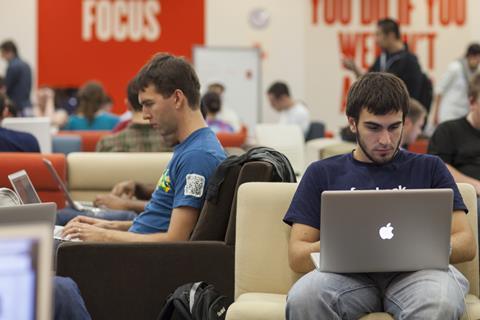 The difference of course lies in the one-to-one connections of social media set against the one-to-many of traditional broadcasting – though in the latter case, this is changing as broadcasters engage more and more with viewers on an individual basis.

Social media and broadcasters are certainly competitors in the sense that they fight for viewers’ time – social media is both a distraction from and, for some, a substitute for television.

In fact, more time spent on social media may translate into less time spent on television. As Reed Hastings, Netflix CEO, put it in a recent interview with the Financial Times: “Sports, gaming, watching linear TV … we compete with all of that. We even compete with sleep. We are just a very small player in the market for time and entertainment.”

According to IABM End-User Index data, broadcasters have grown revenues between 2015 and 2016 on the back of increased cyclical spending accruing from important sporting and political events.

However, most broadcasters are diversifying away from advertising, investing in premium production and online initiatives.

2017 is expected to be less rosy year for advertising revenues as competition from digital behemoths such as Google and Facebook becomes more intense – and the lack of important events makes things worse.

Social media platforms are also beginning to recognise the value of long-form video content, such as drama and live sports, in their strategies.

Facebook is said to be planning to buy its own video shows while Twitter will stream official NFL video and other content to fans year-round, including a new 30-minute live digital show that will air on Twitter five nights per week, during football season.

If these platforms were to pour more money into premium content production activities, social media could even become a bigger threat.

Social media platforms can also be considered as broadcasters’ partners.

In fact, they can be a perfect gateway to the younger audiences that many broadcasters crave. This gateway, which is already being used for content promotion with the goal of driving viewers back to linear television, is not being monetised.

Monetisation could be achieved through, for example, revenue share partnerships.

Traditional broadcasters challenged by declining ratings could reap social media platforms’ extensive reach and knowledge of younger audiences and focus on premium content production, which is undoubtedly their strength. Recent broadcaster CEO comments in the US highlight this trend:

“At a very high level philosophically we are a content maker. We are good at doing content. We’re good at selling advertising. We already have existing deals with some of those places [social media platforms] and that will continue to grow. I think what’s happened is the realization that we’re pretty good at producing content, they have different skillsets and hopefully they can – we can be combined, and looking forward it will be a good – a new source of revenue for us.”

“How can we go beyond our core audiences to younger audiences that are not necessarily on linear television? And the real way to do it is to partner with Snapchat, with Facebook, on and on and on. And we think it will pay off in the long term. And I think sometimes we just don’t get the credit for some of this expanding beyond the core linear television business, because it doesn’t show immediate payoff on the bottom line. It’s not about the money, it’s about the amount. Everything we do and you can call it early stage experimentation or partnerships, is always with the point of view that this eventually is going to be a profit centre for us.”

While CBS is considering partnering with social media outlets, Scripps is already a pioneer of this approach, having partnered with Snapchat for the first time in 2015.

What worries broadcasters is the loss of control over viewership data as social media platforms such as Facebook are thought to be reluctant to share this information with them.

Any deal with social media outlets should consider this with specific data covenants included in contracts.

Moreover, even though revenue share partnerships could bring an additional source of revenue to broadcasters’ coffers, they may also exacerbate the viewership decline on linear television. Last but not least, branding is also a problem as viewers could associate a certain type of video content with the distributor rather than with the producer.

Broadcast as we know it faces disruption on all fronts, IBC2017 conference session Broadcast Is About to be Transformed

While broadcasters experiment with new forms of video delivery, including entering revenue share partnerships with social media platforms, social media is mostly used to foster viewer engagement. On the supply-side of the broadcast and media industry, the increasing role of social media platforms in driving engagement is giving birth to a new range of technology products that facilitate the publication of media assets on these outlets. 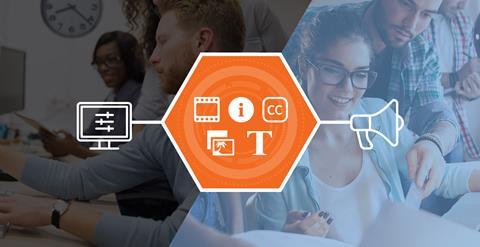 For news broadcasting, Avid has introduced the Social Media Hub, offering news organizations the possibility to integrate new social sharing functionalities to the Avid MediaCentral Platform; SAM has done the same with Vibe.

For sports broadcasting, Digital Nirvana has created an automated clipping service that publishes sports clips both online and on social media. The list goes on as many media technology suppliers are racing to add social media functionalities to their products and services.

Drama, sports, news: viewers are spending an increasing amount of time on social media for consuming these genres.

Broadcasters are tackling this viewership migration through ad-hoc content deals with social media platforms and increased investment in technology to enable seamless social sharing. They are also considering sharing revenue with social media outlets. If this were to happen and more viewers were driven away from linear television, the business model of traditional broadcasters would radically change.

The challenge for broadcasters is to find ways of engaging with social media’s audience to extend the reach of their brand – all without giving away their crown jewels. It will indeed be interesting to watch the course of the relationship between the two over the coming years. One thing is for certain – social media will not be standing still; the ball is very much in the broadcasters’ court.