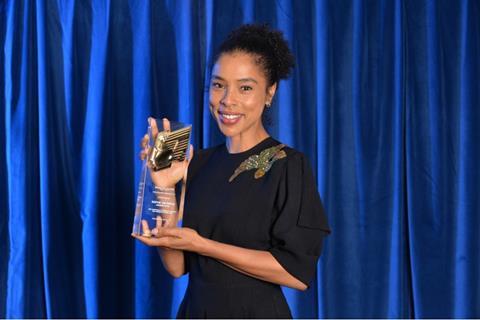 The Royal Television Society (RTS) has opened the call for entries for its 2018 annual programme awards with 12 categories seeking to recognise creative, entertaining, factual and live programming in the UK.

The awards process will be chaired by President of International Production at Sony Pictures Television Wayne Garvie, taking over from Alex Mahon.

Garvie said: “The RTS Programme Awards are an important showcase of the extraordinary talent evident across the UK’s television industry and the award categories are designed to reflect the changing nature of our industry, new forms and genres of programme and different patterns of consumption and distribution.

“We ask all organisations to show awareness in their selection of entries of the need for recognising diversity in our industry and in our wider community. I’d also stress that entries created primarily for online streaming and delivery are very welcome – not solely content created for broadcast.”

The awards aim to showcase extraordinary talent from across the UK’s television industry, and those programmes that have made a positive contribution to the genre from originality, quality of production standards and innovation in TV creation.

The RTS asks applicants to show awareness in their selection of entries to address diversity in the industry and the wider community.

The nominations will be announced at a breakfast reception on Friday 9 March 2018. The Awards will be presented on Tuesday 20 March 2018 at the Grosvenor House Hotel in London.

The criteria and application form can be found here.

Mini-Series – recognises single-run drama series that are not intended to return.

Entertainment Performance – recognises hosts, comperes and panellists performing as themselves in a pure entertainment format.

PRESENTER Presenter – recognises presenters only, not performers in an entertainment show.

BREAKTHROUGH AWARD
Recognises the emergence of a significant new talent in UK production. It may be a performer, writer, director or producer.

History – recognises series and single programmes within the History genre.

Arts – recognises series and single programmes within the Arts genre.

Single Documentary – recognises programmes conceived as a single documentary or as a one-off programme that is part of a documentary strand.

Documentary Series – recognises a general documentary series which usually has a continuous narrative or is linked by a central theme.

Daytime Programme – recognises programmes running from 6.00am to 7.00pm.

Live Event – recognises coverage of a live event. The focus for this award will be on the commentary, pictures and sound, what was shown or not shown, editing, packaging and presentation. Excludes coverage of live sport.

Sports Presenter, Commentator or Pundit – recognises the best work by a sports presenter or pundit/analyst either on location or in the studio, or a sports commentator on location.

RTS CHANNEL OF THE YEAR
This award recognises an outstanding performance by a single channel based in the UK during the award year. The channel may be delivered on any or many platforms, be in linear or VOD in form, and be free-to-air, subscription or pay-per-view.

JUDGES’ AWARD
This Award is presented in recognition of an outstanding contribution to the UK’s television and media industry (excluding television journalism). This Award is given at the discretion of the Judges and cannot be entered by broadcasters, although suggestions would be welcome.

LIFETIME ACHIEVEMENT AWARD
This Award recognises an outstanding broadcaster for an on-screen or off-screen achievement over a number of years. This Award is given at the discretion of the Judges and cannot be entered by broadcasters, although suggestions would be welcome.