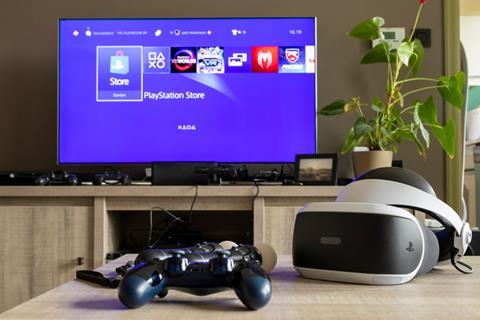 With the likes of Apple, Disney, WarnerMedia and NBCUniversal all set to launch new streaming video-on-demand (SVoD) services in the coming months, Sony has said it will shut down the service from 30 January after four years.

Sony launched US-only PlayStation Vue in 2015 with the aim of disrupting television services by offering live video through its PlayStation gaming console. But, according to analysts, its base remains relatively small.

Despite having over 100 million PlayStation 4s in the market, the service had less than a million subscribers, according to eMarketer figures, though a report from the Information put the figure at nearer to 500,000 – way behind competitors such as YouTube TV.

Vue was priced from a baseline of $50 per month, which meant it lost out to rival services such as Sling TV, according to reports.

“Unfortunately, the highly competitive Pay TV industry, with expensive content and network deals, has been slower to change than we expected. Because of this, we have decided to remain focused on our core gaming business,” Sony Interactive Entertainment deputy president John Kodera said in a blog post announcing the shutdown.

“PlayStation fans can continue to access movie and TV content through the PlayStation Store on PS4 and via our partnerships with top entertainment apps.”

It comes just a week after reports emerged claiming the Japanese technology giant was seeking buyers for the Vue platform for a figure in the “tens of millions”.

The Information, citing people familiar with the situation, reported that Sony had sought the assistance of Bank of America Merrill Lynch to explore a sale of Vue.

Sports streaming service FuboTV was linked as a potential buyer, but talk of any deal fell through with question marks hanging over whether Sony’s content deals would be transferrable in the sale.

Sony said it will continue to offer movie and TV content through its PlayStation Store and through partnerships with a number of top entertainment apps. But the decision to shutter view highlights the competitiveness of the online streaming scene which is growing more and more crowded.