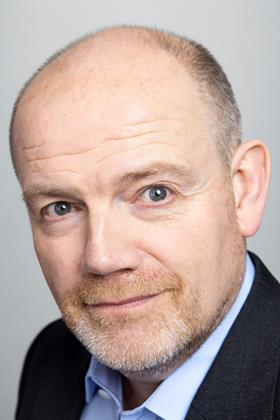 The case for public intervention in media is stronger than ever, according to New York Times CEO and former BBC director general Mark Thompson.

The issues of media sovereignty, digital disruption and the fate of the broadcasting industry dominated the Steve Hewlett Memorial Lectures, which Thompson delivered last night.

The New York Times president and chief executive said: “The media world has changed greatly in the seven years since I moved to New York.

“Local and regional media has its back to the wall; the long-term future of national newspapers and public service and ad-funded commercial TV is in question. What hasn’t changed much, if at all, is British public policy about media.”

Thompson, who was director general at the BBC from 2004 to 2012, said that while the impact of Netflix was hardly news, he hopes to encourage broadcasters to respond to the “digital tsunami”.

Companies looking for short term profitability is a “strategy that leads off a cliff,” he said, and the difference between trying digital and succeeding in the digital world is throwing “everything and almost everyone into the fight.”

He added: “It’s no coincidence that all the really successfully digital subscription models come from titles at the very top of the market.

“The future looks much tougher in the middle and bottom of the market.”

He dismissed the myth the blame lies with Google and Facebook, he said its “convenient to have someone to blame,” and agreed that the digital giants should do more to help news publishers.

However, he said: “The true source of legacy media’s tribulations is not these two companies – and wouldn’t be solved if they were regulated more tightly, or even replaced by other search and social providers. The true culprit is the internet itself.

The internet democratised content distribution and allowed hundreds of millions of users to switch from old media channels to digital.

“It was the internet which robbed newspapers – and is now robbing linear TV – of the advertising pricing-power that went with the old privileged distribution,” he continued, “the streamers may drive much of their current consumption with reruns from conventional broadcast, but they’re putting their commissioning dollars into the kind of distinctive, ambitious programming which used to be reserved for premium cable and satellite.”

Conditioning success
“The goal is to reach the point at which operating leverage begins to rise – in other words, that moment in a company’s arc of digital growth beyond which investment and other costs no longer need to rise at the same pace as revenue, and the fundamental profitability of the business starts to increase.”

The key is scale of audience, scale of engagement and scale of subscriptions as well as offering a clear value proposition for customers.

Examining the current landscape, he said: “It makes sense for the streamers to co-produce and share rights in the country of product,” however in the same sentiment warned “don’t expect that to last.”

Streamers and content owners will want it all, claimed Thompson, and will most likely need it to remain competitive.

He added: “Conventional broadcasters – and I include conventional cable and satellite players – who do not have a compelling pure-play digital strategy of their own risk being priced out of the best talent and best content. Even in their hey-day, they’d have struggled to compete with these giants.”

He asked if the role of public service broadcasters (PSB) remains critical in the future as the global players increase investment in content.

Last week, speaking during the RTS Cambridge Convention, Netflix chief executive Reed Hastings announced that Netflix is spending half a billion dollars this year on British film and TV.

Thompson said: “Does that mean that the BBC’s and Channel Four’s investment is becoming less vital?”

According to data announced last week at the Convention, Netflix’s net trust score in the UK is now on a par with the BBC’s and a point ahead of Channel Four’s.

He asked: “If the PSBs ever enjoyed a special status with British audiences when it came to trust, that too seems to be in question.”

Rebuilding for the future
“I believe the case for public intervention in media is stronger than ever – and indeed that, in many categories, aggregate market failure risk actually growing,” Thompson continued, “Nonetheless the case for it needs, not just to be restated, but refined and sharpened.”

He explained how most legacy media structures are still shaped around the old, rather than the new, business and “they still operate with traditional pyramidal command-and-control.”

He urged organisation to ditch existing tech and data architecture along with traditional functional departments with their hierarchies and territories.

The New York Times organise around specific digital missions, he explained the engagement and subscription growth for example are built from multi-disciplinary teams drawn from many fields working under unified leadership to achieve specific strategic goals.

Thompson concluded: “You can’t invent the future if you’re spending 80% of your time on legacy operations.”

Britain is out of luck
Thompson said the good news for the UK is its pool of talent including writers, actors, directors, producers, designers, crafts and the very best of its journalistic talent.

He said: “The independent production sector posted a record £3 billion in revenues last year. There’s no reason why, given the growing global appetite for it, this inward investment shouldn’t grow much further.

“Unfortunately, that’s where the good news largely runs out.”

While the UK’s established broadcasters have “deep roots in the national consciousness and they still command big audiences…none looks strong enough to be a true contender in the coming global contest. All are seeing adverse trends which are familiar from other digital disruptions – trends that can quickly turn from disquieting to terminal.”

He said: “In 2007, just before we launched the BBC iPlayer, I had a conversation in Silicon Valley with Reed Hastings, who was then about to unveil Netflix’s own streaming service. A important moment for him, just as the iPlayer was for us.”

Hastings told Thompson there was no point in the UK trying to “beat” the Netflix algorithm but asked for British content instead.

He concluded: “With newspapers struggling and broadcasters outgunned, it’s a clear and present danger.

“The global digital giants do a great job of providing new choice – and often real quality – but it’s vital that British audiences still get access to great news, drama, comedy, documentary made first and foremost for them.

“If we want to save our cultural sovereignty, government media policy needs a fundamental change in direction.”