US telco providers, T-Mobile and Sprint have committed to taking “significant steps” to advance the next-generation wireless connectivity across the United States. 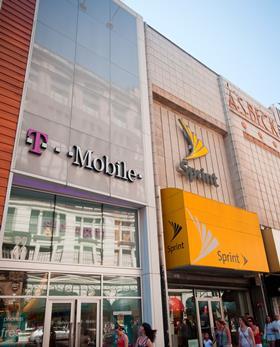 The companies have agreed to specific 5G coverage guarantees, which include 100 Mbps download speeds, the equivalent to a fast home broadband connection.

As well as ensuring the network is accessible to 97% of the US within three years and to 99% of the population within the following six years of closing the deal.

T-Mobile and Sprint have pledged to build the next generation 5G network within six years of completing the merger and have promised the network will include coverage to rural areas in the US.

Formal approval must be granted by the FCC and the US Department of Justice.

He said: “This is a unique opportunity to speed up the deployment of 5G throughout the United States and bring much faster mobile broadband to rural Americans. We should seize this opportunity.”

If the deal is approved the number of major US wireless telecom carriers would drop from four to three, combining T-Mobile and Sprint to compete with US’s two largest network providers, Verizon and AT&T.

In a statement, Pai said: “The significant commitments made by T-Mobile and Sprint as well as the facts in the record to date, I believe that this transaction is in the public interest and intend to recommend to my colleagues that the FCC approve it.”

It was also noted that if the two companies did not live up to these commitments, they “would suffer serious consequences if they fail to follow through,” pointing to billions of dollars in fines payable to the US Treasury.

The next-generation network would also cover 85% of rural American within three years.

Pai added: “The construction of this network and the delivery of such high-speed wireless services to the vast majority of Americans would substantially benefit consumers and our country as a whole.”

The companies have also taken the necessary steps to respond to the FCC’s concerns around the transaction and have committed to not raise prices for a minimum of three years as well as confirming they will divest Boost Mobile.

Pai said: “This sale is designed to address potential competitive issues that have been identified in the prepaid wireless segment.”

According to the terms of the deal, the sale of Boost Mobile is intended to “remove any remaining doubts regarding the impact of the merger on prepaid wireless customers and competition,” addressing the concerns on the impact for lower-income households in the US.

T-Mobile US chief executive John Legere said: “The new T-Mobile will be a disruptive rival with the resources to go toe-to-toe with established behemoths to drive competition and innovation that benefits everyone, everywhere.”