Streaming has revolutionised the way we make and deliver programmes

Interoperable signals and network standardisation have evolved and fundamentally revolutionised the way the technology industry streams through a professional domain. 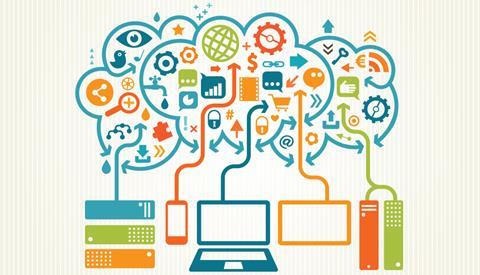 “The importance of standardisation and using signals that are interoperable and also identifiable in time are one of the key requirements to the way we work, so when we are doing remote productions it is very important the time at which things have been captured, the standard PTP protocol is very important to us and for both to preserve time on compressed and uncompressed screen formats,” Calverly said.

The development of IP networks inherit delays and latencies with moving signals, which need to be compensated as the technology evolves; SMPTE has defined standards as to how we use PTP for broadcast.

Ellerton said, “We want to make use of the new standards as they evolve; the dream that the industry has in the studio is to stop using SDI, stop using traditional video infrastructure and migrate everything to IP.

“The experience that we have of building great big IP networks to carry uncompressed video that needs to be translated into the studio environment but in a wider network precise timing isn’t quite as important as it is in a studio. What we want to do is connect those studios together and participate in a complete end to end environment, which is a challenge.”

Calverly stated, “once you realise we have time stamped everything and you can get it on an IP network to anywhere you can locate your equipment anywhere, and as long as your latencies are low you can essentially recreate the existing broadcast TV studio using fully IP interconnections.

Technology and standardisation is developing as the industry demands a service for a ‘perfect network’.

Ellerton explained, “what you want is zero compression, very low latency and for it to be affordable - and what we have been able to harness in the past years is the reduction in cost in typical networks that have begun to allow us to do this.”

The SMPTE standards are applicable to the industry, developing a more “plug and play environment,” Ive said, encapsulating traditional interconnectedness.

“The whole point of the standards is interoperability, there actually is a great deal of information in any kind of a TV programme and the video, audio and metadata have to be brought together,” explained Seth-Smith.

“Working toward the utopia of getting to the point where you are plugging the IP cable into the device and automatically discovering things on the network; this is ultimately where we want to be with IP,” Calverly said.

Seth-Smith explained the next step in standardisation is the SD21 suite which needs to be finalised, separating audio, video and metadata; a streaming network that will truly enhance and revolutionise the broadcasting industry.