SVoD and pay-TV thrive in Spain 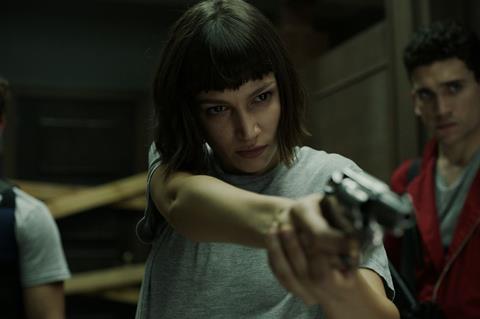 Consumer spend is forecasted to exceed €3 billion in 2019 for the first time in the Spanish entertainment market, according to a report by Futuresource.

The growth is primarily driven by subscription uptake across both Pay-TV and streaming video-on-demand (SVoD) services, whilst box office and transactional home video remain stable, according to Futuresource’s Spanish Video Insights report.

2019 is expected to be the sixth consecutive year of Pay-TV consumer spend growth, largely as a result of strong uptake of IPTV.

Consumer spend reached €2 billion for the first time in 2018 and as a result, pay-TV accounted for 70% of the overall video entertainment market.

Futuresource noted the “remarkable growth” has been “helped by an improving economic environment as well as rapid modernisation of digital infrastructure.”

Moving forward, Futuresource expects by 2021 consumers combined will be spending half a billion euros on SVoD subscriptions per year, accounting for 17% of video spend in the home (including Pay-TV).

Futuresource Consulting market analyst Tristan Veale said: “16% of Spanish homes are expected to have at least one SVoD subscription by the end of 2019, a fivefold increase since 2016.

“Nearly a third of homes in 2023 are forecast to have one or more SVoD service, not far below the predicted number of Pay-TV households.”

Netflix is the number one SVoD service and following a record addition of over 600,000 net adds throughout 2018, accounted for half of all SVoD subscriptions and a staggering three-quarters of total market SVoD consumer spend.

Veale added: “The US-based service commands a greater ARPU than any other SVoD service in Spain, with price rises in 2019 to continue to reinforce this position.”

The second-largest streaming service, Amazon Prime, has also been a key growth driver, adding over 400,000 active video viewing subscribers in 2018. Like Netflix, it also announced price rises, although remains very competitively priced at €36 for the year for the full Prime suite of services, up from €20 in 2018.

The year-on-year growth of the Spanish video market consumer spend is expected to outstrip all other Western European countries between 2019 and 2023. This is as a result of continued strong pay-TV revenue growth in high single digits, whilst many other countries are flatlining or even beginning to decline.