Taking the complexity out of studio control

With the number of programmes, platforms and services that need to be accommodated growing all the time, developers of studio control systems need to ensure that this does not translate into ever-increasing operator complexity.

The primary impetus when it comes to developing new studio control systems is “allowing people to do more with what they have, more consistently”, according to Ross Video marketing product manager automation & control Mike Paquin.

That’s no small feat given that the number of programmes, platforms and services that a broadcast centre has to accommodate has increased exponentially in recent years. 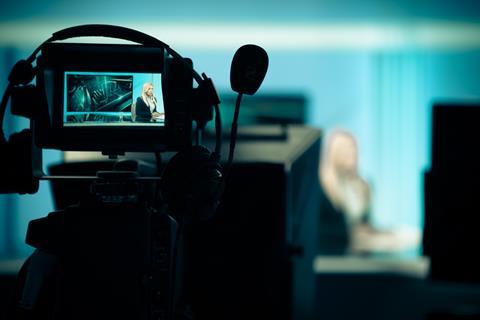 The advent of IP-based studios has undoubtedly paved the way for a new era of flexibility in production – but it has also given rise to even greater complexity for operators already working harder than ever to satisfy demanding schedules.

It is hardly surprising, therefore, that vendors are overwhelmingly prioritising the development of systems that deliver varying degrees of automation and reduce the impact of exacting production regimes on operators.

Mark Davies, TSL Products’ director of products, says: “In the IP connected world, the ability to hide the complexity from the operators will be key to success.”

Automate repetitive tasks
Among the control trends highlighted by Sony head of production management Norbert Paquet is the growing desire to use an IP-based control infrastructure – which makes it “much easier to configure, allocate and reallocate resources and operational panels.”

In news production in particular, there is an emphasis on becoming “more operationally efficient with regard to studio operations, which is leading to the implementation of studio control systems that can automate repetitive tasks.”

“The expectation of customers has shifted from a control system being an operational efficiency tool towards being one that is capable of increasing production value.” Mike Paquin, Ross Video

With this in mind Sony continues to register strong demand for its ELC-MVS01 (ELC) system, which is capable of managing all newsroom control functions from a dedicated operator position, including video and sound sources, studio cameras and audio, playout servers, DDRs and graphic devices. Looking ahead, the company is currently preparing to debut a new facilities management software that will enable broadcasters to “maximise the benefits of IP in a studio environment and achieve faster turnarounds, as well as having much better business monitoring of their resources.”

Paquet confirms that the software has been in development for some time and will be shown at NAB 2019. “It will provide the user with an orchestration layer [for their production systems] that really helps them to optimise their operations.”

Ross Video’s Paquin says the expectation of customers has shifted from a control system being an “operational efficiency tool towards being one that is capable of increasing production value” – allowing them to do more with the content they have. But the rise of complexity also looms large in the mindsets of many broadcasters, so there is a constant thirst for solutions that can streamline “the complexity of what they are trying to do overall”.

In this regard Ross Video has an undoubted star player in the form of the OverDrive automated production control (APC) system, of which nearly 400 are presently on air. OverDrive facilitates manual and automated control of Ross and third-party devices, including production switchers, routing systems, video servers, audio mixers, robotic cameras and graphics systems. 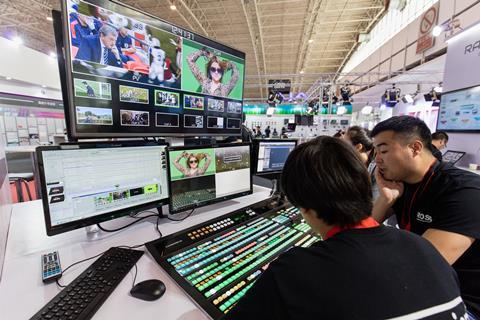 Underlining the requirement that exists for customised control, Paquin also points to the continued popularity of Ross Video’s DashBoard, which is a free and open platform for facility control and monitoring that allows users to build tailored CustomPanels that can simplify complex operations.

TSL’s Mark Davies observes that “the proportion of our customers approaching us with a key focus on maximising the use of their assets has increased dramatically. Another primary concern is the ability to be able to hide the increasing complexity of systems from their operators, especially with the increasing adoption of IP and remote production.”

Hence, “control delegation has greatly increased in significance, whereby a graphical interface can be used to switch between controlling multiple studios from a single control room. With this comes the ability to pool devices – for example, to be able to share a pool of media servers between multiple edit suits. At the end of the day, our customers just want to be able to effectively manage their productions so that they can remain focused on the task at hand.”

TSL’s greatest focus has therefore been on developing new user interfaces and tools that allow customers to implement functionality themselves. The latest introduction is a new universal presets functionality that means a preset can be “stored and recalled at the touch of a button or from system logic. A single preset can cover a wide range of device settings across multiple devices including names, crosspoints and device parameters (such as camera positions, colour corrector settings, audio gain settings). This has been implemented in accordance with our standard aim to allow engineers and operators to take complete ownership, and interact with and modify the system themselves.”

“In the IP connected world the ability to hide the complexity from the operators will be key to success.” Mark Davies, TSL Products

For Lawo, much activity in this area has been focused on the IP-based VSM control and monitoring system. Axel Kern, senior product manager at VSM, highlights the “sheer number of supported third party devices and protocols [with use of VSM], the unparalleled ability to customise workflows, and the ability to reliably scale to the new dimensions today’s facilities require. In fact, VSM can cope with even the largest of installations, including multi-site networked systems.”

Supporting standards
As broadcast centres increasingly shift towards full or at least hybrid IP-based operations, the need for control infrastructures that are compliant with the dominant standards will become more acute. Hence, this tends to figure prominently in the priority list of most manufacturers developing control systems.

In the case of TSL, says Davies, the roadmap includes “full implementation of AMWA’s NMOS IS04, IS05 and IS07 as part of the progression towards IP media workflows. As most equipment manufacturers are beginning to adopt either NMOS and Ember+ as the control standards to support SMPTE ST2022-6, ST2022-7 and ST2110, TSL’s adoption of these standards will be included within the ecosystem to allow intuitive and powerful control and tally across SDI, hybrid and fully IP infrastructures within a single package.”

Along with the intensifying interest in control of IP-based installations, Kern expects there to be a continued – and simultaneous – “focus on workflows. This includes the expectation that existing workflows need to function with new technology underneath, meaning that users do not even notice the migration of their existing baseband facility to IP. But the workflow demand won’t stop there as there is also [a demand] to realise innovative new workflow approaches which make use of the flexibility an IP-based system is able to offer.”

To put it mildly, then, there is going to be plenty to keep control system developers busy over the next couple of years.