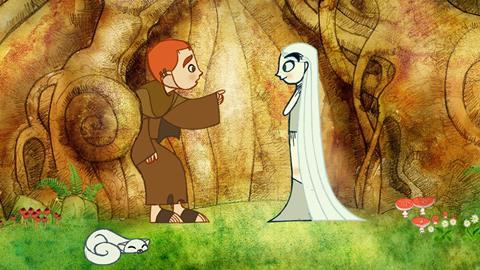 The art of animation success

Based out of Kilkenny in Ireland, Irish animation studio Cartoon Saloon has racked up Oscar nominations and interest from streaming platforms. Paul Young of Cartoon Saloon explains how OTT content hunger is fuelling the global animation market.

Nine years ago, a small animation company was founded in a corner of the medieval town of Kilkenny in Ireland. 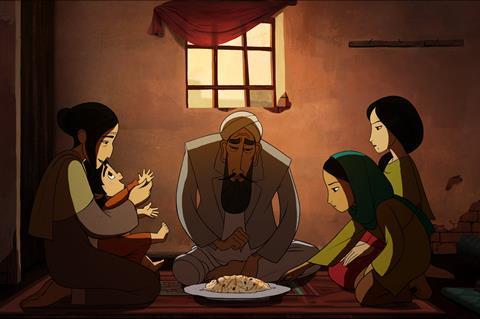 Set in Afghanistan: The Breadwinner

At the time, Kilkenny was better known for being a destination for stag and bachelor parties, and for dominance in one of Ireland’s national sports - hurling.

Last month, it was reported that Cartoon Saloon had landed a major deal with Apple TV for the distribution of Wolfwalkers, the studio’s fourth feature-length animated movie.

For many animation studios, this would stand out as a towering achievement, but when it comes to Cartoon Saloon, it’s just the latest in a line of major coups.

From humble beginnings, the trio of Tomm Moore, Paul Young and Nora Twomey, all graduates of Ballyfermot college in working-class west Dublin, have built a thriving animation hub amidst the twisting lanes of that county town.

With The Secret of Kells landing a nomination for the Academy Award for Best Animated Feature in 2009, the studio shot to notoriety. Capitalising on their success, they’ve since landed two more Oscar nominations, for Song of the Sea and The  Breadwinner.

The company has expanded from a small team to roughly 145 staff.

“Things are good and we have a lot on,” reports CEO Paul Young from his Kilkenny office. “We’re very busy, which can cause a few headaches when you’ve got a few productions going at the same time.”

Getting funding for those high-quality, multi-year productions seems to be an art that company has cracked, after many years of hard work.

The SVOD effect
Young has helped oversee Cartoon Saloon from the very start. The perennial struggle of the TV and film industry - finding financing and commissioning - is never far from his mind.

But the alchemy of pitching at conventions and industry gatherings has changed in recent years, with the arrival of streaming platforms with deep pockets. 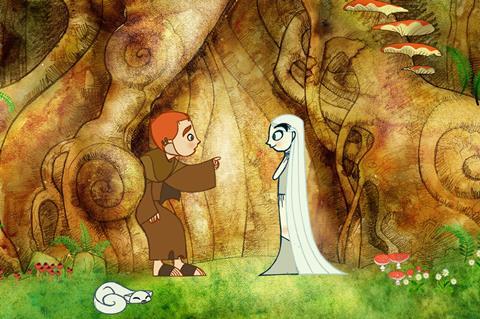 Oscar nominated: The Secret of Kells

“There is a lot of funding available to French producers, but for everyone else, you always had to finder another partner. For years - and it’s still really the case - you wouldn’t get all the money from one place.”

Young oversaw the creation of the company’s first big hit, The Secret of Kells over several years, collaborating with several French and Belgian production companies and national funding bodies.

Cartoon Saloon’s commitment to inventive animation, high-quality local voice actors and an inspired use of folklore and history helped it to its success. Now, more simplified funding options are available to creators.

“Now, it’s changing. There’s such a hunger for content. SVODs are coming in and saying, “Ok, here’s your whole budget if you want it”, and you just negotiate for what rights you can keep.”

This environment has made for more opportunities for animation studios, especially as company reps are keen to ensure they don’t let the next big thing slip through their fingers.

“It’s very competitive now. I also think there’s an aspect where if a pitch has gone well, certain members of the audience are saying “I should make sure they know I’m interested”, because there might a deal done in three or four weeks.”

Young is also keen to point out the importance of the increasingly globalized markets for their products. Getting the right voice actors for the right market is integral to Cartoon Saloon.

“We really, really worked hard on the worldwide casting for (children’s series) Puffin Rock. We wanted local kids, and we double checked the translations with people we knew. A great dub can make something a hit, be it in Spain, or Japan, or China.”

Working off the beaten path
Being based away from a major city or industry hub has had its ups and its downs, but there’s no trace of regret in Young’s voice as he outlines the positives of setting up in a provincial town.

This has been all the more underlined by Kilkenny being the actual setting of Wolfwalkers, their next feature. “We were quite clear in pitching it that it was Kilkenny.”

With last year’s acclaimed The Breadwinner being set in Afghanistan (and promoted by producer Angelina Jolie), the company is now once again preparing a tale with its roots in Irish folklore and history.

“I think that’s mainly due to Tomm. I think he wanted to do three movies of that ilk, drawing on Irish folklore. Him and Ross Stewart (Art Director on The Secret of Kells) were working together, and he I felt he had an idea of a triptych.

“It involves an old myth about shapeshifters called The Wolves of Ossory. Both Tom and Ross are vegan and interested in animal rights, and they came up with this idea by making a list of what they love and hate, and drawing arrows between them.”

“It’s a great way to come up with a story involving conflict. We got that tip thanks to Jim Capobianco at Pixar.”

There’s such a hunger for content. SVODs are coming in and saying, “Ok, here’s your whole budget if you want it”, and you just negotiate for what rights you can keep.” Paul Young, Cartoon Saloon

Choosing this location means that the animators working on the project will be walking and cycling down the same streets they’re actively animating.

Young is aware of the kind of commitment that many who have come to work with Cartoon Saloon have made, but it keen to stress the benefits of this kind of location.

“In the beginning, Kilkenny was a bit small for young people who want a cosmopolitan city life. Kilkenny though, has grown so much, even through the inclusion of the artists and animators. There’s a new festival every month.”

“Another big pro is how it’s so much easier to rent or get a house. The prices in Dublin have skyrocketed, so at least here people can afford to settle down.”

The pros of the location has led to the creation of Lighthouse Studios, a new venture the company has also set up in Kilkenny in partnership with Canada’s Mercury Filmworks.

“I spoke to Clint (Eland, CEO). I was encouraging him to set up their European studio in Kilkenny, so it wouldn’t just be us and we could create a bit of a hub for animators, where they could come and work and we might get a bit of cross-pollination in terms of talent.”

“There are three buildings here…and everyone can walk out of them and into a cafe or a bar. Very few of our staff use cars, it’s all bicycles and walking, which is lovely.”

The art of the pitch
Now becoming a veteran of the commissioning circuit, Young acknowledges that the stakes have risen for new creative studios. 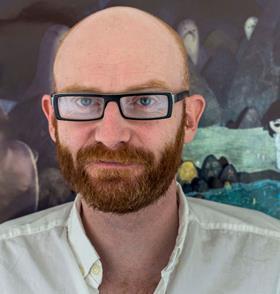 What was once a slow, steady process of identifying broadcasters from Europe and North America to piece together a production has become a one-shot pitch at a global audience, all based around crucial event presentations.

“It can be very risky. Every time we’ve done it, I worry. I think “Ok, we’re pitching it here, and everyone’s going to see it here all in the one go - what if it’s a terrible pitch?” You get to do it once, and there’s no sneaky way of pitching it one-on-one.”

The pressure rises as the tight events calendar means that making a splash is increasingly important.

“You can be a new company, and you can go to a big event like Cartoon Forum. You’ve spent a bit of money and have a trailer. You will basically have 20 minutes to wow an audience.”

“By the time you go to MIPCOM, which is about two weeks later, you’ve either got a buzz after your pitch and people will be talking about it. Or not!”

While the opportunities have never been greater, getting these key event presentations right requires major preparation. Young advises on becoming familiar with the landscape, and going with a passion project.

“Experience the event as an observer. Go and see a few good pitches. A lot of people, and it was the same with us at a certain point, would go out to the market with five shows and say, “Which one do you like best?”

“I don’t know if that model works any more. If I was approached by someone with six shows and six ideas, you would go ’Which one do you want to do?’”