The crown jewels of live broadcast

Large live events, particularly royal ones, have always been at the forefront of driving television technology in the UK and the latest royal wedding is no exception. 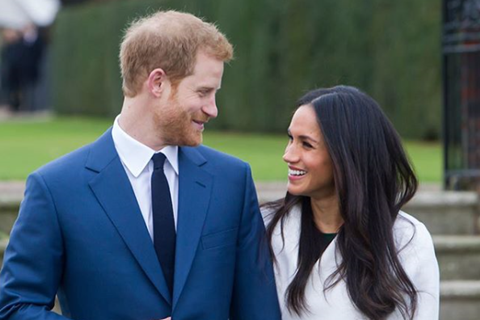 American Princess: Prince Harry & Meghan Markle will marry on 19 May

The live broadcast of the wedding of Meghan Markle and Prince Harry by Sky News and Sky One this weekend is the first of its kind in UHD, although Sky has already been broadcasting football at this resolution. The UHD broadcast from inside St George’s Chapel and outside Windsor Castle involves more than 160 technical staff and 51 cameras.

Head of Sky News John Ryley says: “We are promoting it hard and we expect a sizeable audience.” Ryley adds that the wedding could lead to more regular UHD news broadcasts in future.

If so, it follows the trend set by the Coronation of Queen Elizabeth II in 1953 which drove the uptake of TV sets, the marriage of Princess Anne and Mark Philips in 1973 which was a boost for colour, while the inauguration of President Barack Obama provided a surge for news in HD.

Long to reign over us: Queen Elizabeth II’s coronation in 1953

With the majority of the US networks broadcasting the wedding of the ‘American princess’ live from Windsor, the talk is of a worldwide audience of one billion, or even two billion.

The marriage of technology, royalty and even presidential set-pieces are symbolic of the enduring power of live television and shared events, which form a national bulwark for established broadcasters against the arrival of the new powerful international online players.

“I think a live unfolding story on television can be rather underestimated, whether it is a game of football, a reality show or a big news story, and the great thing about it is we don’t know how it is going to end,” says Ryley.

In truth nobody knows how the overall story of television is going to end in the face of increasing time-shifting and binge-viewing of drama box sets. Then there is the always available streaming of Netflix, plus, increasingly, streaming of news and sport from Apple and Amazon, calling into question the very concept of what constitutes live television any more.

For now, traditional live broadcasting of news, sport, large events and light entertainment helps to protect broadcasters from the emerging competition by holding onto eyeballs. 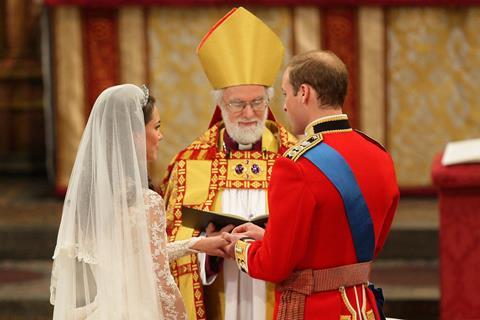 The Duke & Duchess of Cambridge were married in 2011

TV for most people is still consumed live and watched on a television set despite the availability of multiple devices and the rise of smartphone viewing.

According to BARB, the audience measurement organisation, 86% of standard television was watched live in 2017 in the UK. At the same time the trend in recent years has been towards time-shifting a greater proportion of the content distributed by the main broadcasters.

On average, such time-shifting has increased by around 1% a year, but according to Justin Sampson, chief executive of BARB, this portion of the move away from live is slowing down.

“If you look at 2017 the year-on-year growth in average seven-day time-shifting was up by 0.5% on 2016, the lowest increase this decade,” says Sampson.

The likely explanation does not, however, herald a growing move towards live, more that when viewers are in a time-shift mode they are now going to the likes of Netflix or Amazon.

When all video offerings are included the share of live TV in the UK fell from 60% to 56% last year. The figures, which cover cinema as well as satellite video-on-demand, were influenced by the inclusion of YouTube numbers, even though it can be used like a jukebox providing a source of background music, rather than viewing in the conventional sense.

’The issue is that live TV is no longer the confine of the traditional broadcaster’ –Bill Dunlop, Eurovision Americas

Sport, major events and news are obvious candidates for live viewing and ones that will endure. Once the final whistle goes, a wedding is over, or a major news story runs its course, the intensity of interest fades rapidly – as does its value to broadcasters.

While drama, and to a lesser extent documentary, programming can happily be time-shifted, light entertainment as competition where there are winners and losers, and exits as well as entrances, are just made for live television viewing.

It scarcely matters whether the battleground involves cakes or cooking, singing or dancing. Only the most diehard fans will persevere with catch-up once the telling live moment has passed and the tears have dried.

Live shared television has also been given a massive boost by social media.

In an unexpected symbiotic relationship, the most regular trending topics on Twitter are often comments on live television viewing.

Eurovision Americas President Bill Dunlop says: “Live clearly retains an importance, and interaction with the audience is one of the big things that social media has brought, including second screen viewing and instant reaction on Twitter and other social media.”

One of those frontline entertainment events, The Eurovision Song Contest, for example, not only attracts multi-generational audiences around the world but drives widespread interaction on social media. Dancing with the Stars, the American version of Strictly Come Dancing, is still broadcast live by ABC. The network has revived American Idol which is attracting audiences of more than ten million – a long way below its heyday but respectable enough in the highly fragmented US television environment.

Broadcasting consultant Phil Harding believes broadcasters still enjoy a considerable advantage from being able to offer a mixture of live and recorded programming.

“Looking from the purely selfish point of view of the broadcasters, live is going to have to matter, otherwise they are going to be totally outcompeted by the likes of Netflix and Amazon,” says Harding, a former BBC controller of editorial policy.

If such a thing were to happen the implications could be serious not just for national broadcasters in the face of global competition, but for the societies they represent. Live coverage of major events, such as royal weddings, contribute to the creation of national identities through shared experiences in the way that recorded television never can.

“A fragmented media leads to a polarised society,” argues Harding, looking in the direction of the USA and its wildly contrasting news channels and their starkly divergent views.

In contrast to Europe, few US programmes have the power to bring the entire nation together in a shared experience, apart perhaps from the Super Bowl. 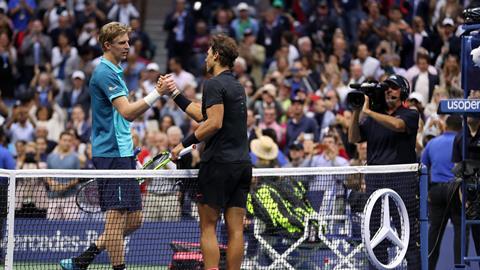 To what extent can the new players really start to replicate the undoubted impact of live broadcasting and undermine what seems to be a powerful inherited legacy? The big breakthrough by social media players against Sky and BT for English Premier League rights did not happen despite the speculation.

However, Amazon has clearly dipped a toe in the water by acquiring US Open tennis rights for the UK and Ireland. It may only be a matter of time before Netflix and the social media giants flex their muscles to win some of the most desirable sports rights, until now the exclusive domain of broadcasters.

“The issue is that live TV is no longer the confine of the traditional broadcaster,” says Eurovision’s Bill Dunlop. “Live streaming is a very well-established thing and technology is such now that those new players who started out providing a movie rental service are able to break into live TV.”

But at least for now broadcasters can move on from live coverage of the royal wedding to the World Cup in Russia. Few football fans would be content with recorded highlights of that, or even having to battle with buffering.