8K, in the shape of NHK’s Super Hi-Vision, has been an important part of the IBC Future Zone for years. This year, however, it’s breaking out to the rest of the show. How long, then, before 8K starts to go mainstream?

IBC2018 marks the tenth anniversary of the first ever international 8K transmission. Live images from London were compressed using MPEG-2 and transmitted via an ultra-broadband IP network to the RAI, while content shot in Japan was compressed using H.264 in Torino, Italy, before being played back and transmitted via satellite to the Amsterdam venue.

While it took a lot of broadcasters and tech companies working together to make it happen, Japan’s NHK was the prime mover behind it all. It had debuted 8K — which it referred to for years as Super Hi-Vision — at the show in 2006 and fairly soon after was talking about establishing a broadcast network for it in time for the 2020 Tokyo Olympics.

To put that in context, in 2008 the HD rollout was only just building up steam and 4K was a distant dream; capturing, editing and broadcasting a format that featured a massive 7680 x 4320 image coupled with 22.2 audio seemed something akin to science-fiction — even to an industry becoming used to sudden and rapid technological change. Scepticism was rife.

Which just goes to show what scepticism knows. NHK’s BS8K service launches on December 1st in Japan, broadcasting twelve hours a day of 8K content via satellite. And that is only a part of an overall momentum building behind the format that will be obvious in Amsterdam.

8K gaining momentum
This summer there have been a blizzard of 8K announcements, both at the professional industry end of the 8K production chain and at the consumer end as well. At Berlin’s giant IFA consumer electronics show at the start of the September, new 8K sets were showcased by LG, Sharp (which is already on its second generation sets), Samsung, TCL, and Toshiba, most of which are due to launch this autumn. 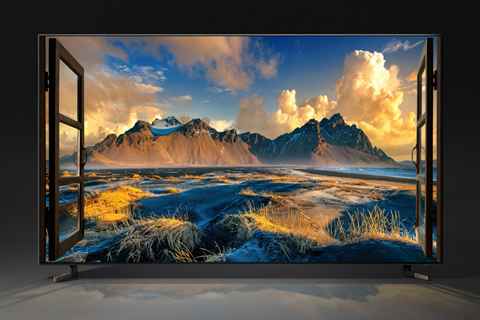 The Samsung set in particular is interesting as it uses server-side AI upscaling to help address the yawning content gap, and demos at IFA were producing reportedly impressive results from content as low res as HD. Prices on all the sets are yet to be locked down, but are expected to be up at the Russian oligarch end of the spectrum. For now.

Which is unsurprisingly pretty much where you find the current cameras that you can shoot 8K in. Given NHK’s involvement and the lure of Olympic contracts, most of the major system camera manufacturers have 8K models in their catalogues, while elsewhere the field is dominated by RED, which is on something of a mission regarding 8K. However, the brain alone of a Helium-sensor equipped RED Epic-W will set you back close to £25,000 (US$32,300), and if you want to upgrade to the 60fps Monstro 8K VV sensor with its full frame lens coverage and 17+ stops of dynamic range, that will set you back in the region of £50,000 (US$64,600).

While other units such as the Panavision Millennium DXL2 have decided to use the same RED sensor in their own bodies, alternatives are slowly becoming available. Spain’s CineMartin promises its Fran and Fran Plus 8K, based round an as yet unnamed VistaVision sensor, will ship by the end of the year, with wide availability during 2019 at a price simply given as “below current 8K cameras.” 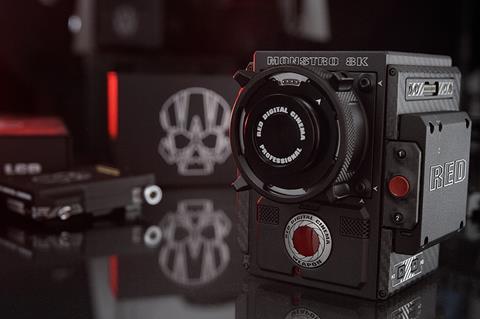 “The Plus features programmable architecture, which includes features like stabilisation, object detection, and plugin OpenCV c++ programmable software,” explains the company’s Alejandro Martin. “Technical challenges include the FGPA, full frame, main sensor board, a processing board, storage bandwidth, and all the software required to display and record, from compressed to full RAW 47.7 megapixel images.”

The challenges of 8K
The challenges don’t end there, of course. 8K is 16 times the size of the HD picture which results in an awful lot of data to wrangle.

“Broadcasters will need advanced compression technology to enable the best performance and generate efficiencies. In addition, the industry needs to enable the interoperability between decoders and encoders necessary for an 8K ecosystem,” says Intelsat’s VP and General Manager of Media, Rob Cerbone.

Intelsat was involved in one of the most extensive 8K trials to date. Eight matches were captured in the format at the recent World Cup using seven cameras per match (and a massive 80 microphones), and one of the places that live footage ended up was at the Museu de Amanhã in Brazil’s Rio de Janeiro.

The signal was transmitted as a 200Mbps video stream from the International Broadcast Center in Moscow, eventually being re-encoded at 90 Mbps using a special NTT 8K HEVC real-time encoder at the Intelsat teleport in Atlanta, Georgia. Once compressed, it was modulated by a Newtec MDM-6100 modem in DVB-S2 and then uplinked to Intelsat 14, the company’s latest Latin American video neighbourhood.

Cerbone sees compression as the key to more widespread adoption when it comes to live broadcast. Interestingly, when it comes to post it seems we are almost there already. RED flicked a switch in its code to allow decoding of its 8K RAW files to be offloaded to Nvidia GPUs recently. Couple that with the new Turing architecture developed by the graphics card specialist, and you have the ability to grade in realtime at 8K resolutions on a single processor PC with a single Quadro RTX GPU card. 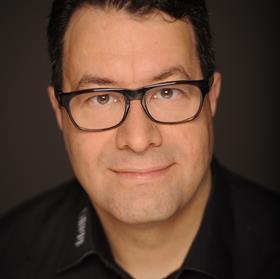 Then again, use the right codec and you can do a lot more already.

“My soon-to-be three-year-old Dell XPS15 laptop can play 8K files in real time,” says Cinegy CEO, Jan Weigner. “But of course that is using our Daniel2 GPU codec, which uses the laptop’s built-in GTX1050 Nvidia GPU for offloading the decoding. On more powerful workstations with Nvidia graphics cards with even more performance, even playing multiple 8K streams in parallel is no problem at all. However, don’t try this using DNxHR, ProRes or RED’s R3D format. It’s not going to be pretty.”

Indeed, Weigner says that there are no real issues in working with 8K at all.

“All technical problems have long been addressed,” he says. “Anybody saying anything else is a Luddite. Or to rephrase this slightly: the 8K issues are the same as with UHD/4K or HD before; more of a political nature than technical. SSDs provide all the storage speed needed, 10 GbE networking is enough for slightly compressed 8K and 100 GbE for those that want more or even faster delivery GPUs and the new CPUs provide more than ample processing power.”

An 8K arms race
Back at IBC2012, famous director and outspoken proponent of Stereo 3D, James Cameron, predicted that the industry could not support two future formats.

“We have a bandwidth bottleneck and if we start going to higher spatial resolution it will be at the sacrifice of 3D rollout,” he said. “So I see it as a little bit of an arms race right now.”

If so, it was one he lost. Six years later it is the turn of the 4K proponents to look askance at 8K, and you don’t have to hunt very far to find plenty of chatter about 8K being an unwelcome distraction to the 4K rollout in turn.

Critics point to the fact that it was mainly developed for small average Japanese room sizes, and that to realise a benefit in perceived quality, screens will have to be wall-sized in larger European and North American homes. There is disquiet about its potential for motion sickness and unease about another round of investment in another format where demand is essentially unproven.

Nevertheless, unlike with Stereo 3D and latterly VR, there is no paradigm shift involved with the technology. 8K is still television: it is produced and consumed in the same way, it just involves more pixels. In many ways it is just the logical continuation of the transition that started with the move first to widescreen then to HD and now to 4K and is a simple consequence of progress. While early adopters can and will be specifically targeted, for the majority of consumers one day they will go out to buy a new TV and it will just happen to be 8K.

The big question is when this will happen. The short answer is potentially sooner than you might think. At the same IBC that Cameron railed against Ultra HD, influential industry figures also stated it could not be expected to be a mainstream format for another 20 years. Fast forward briefly and, as Gary Shapiro, president of the USA’s giant Consumer Technology Association, pointed out in August last year: “Some compare the shift to 4K to the shift to HD, but this transition is actually faster and more robust than the switch to HD. At year four of the transition to HD, we only sold 2.9 million units. But now, [with 4K], we’re moving 15 million units. More than five times as many units. Our population did not grow that much in the last 15 or 20 years.”

Will a move towards 8K follow the same path, or an even quicker one? With commercial 8K services available this year, albeit in a very limited form, the first widely available sets about to hit the market from competing manufacturers, the availability of production kit likely to ramp considerably in advance of Tokyo 2020, and with no standards issues in the way, everything is moving into place. It’s going to be fascinating to see how it shapes the conversation in Amsterdam.

Read more 8K: Ignore it at your peril