Will the coronavirus pandemic make the VR boom into a reality?

Despite failing to live up to early growth expectations, there are encouraging signs that the long term outlook for the virtual reality sector remains positive. 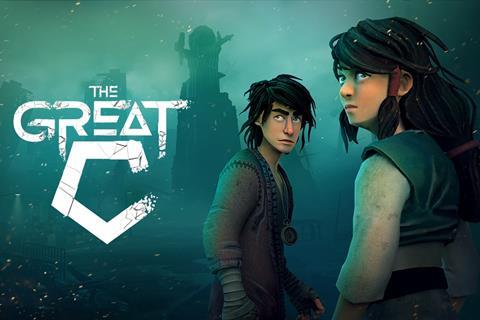 In a sign of how virtual reality could be gaining traction during the coronavirus pandemic, a number of cancelled music festivals have turned to the technology to bring themselves to life in 2020.

Elsewhere, UK film producer Mosley Studios and producer-financier Goldfinch turned to virtual reality for the launch of their latest feature, action thriller The Ascent. Thought to be the first film premiere inside virtual reality, The Ascent bowed in June via AltspaceVR, and was available to those with an Oculus headset.

Meanwhile, there’s talk that the coronavirus crisis has boosted demand for headsets too as people stuck at home have sought new ways to entertain themselves.

Certainly headsets like the Oculus Quest have been hard to come by for much of 2020, although the heightened demand has been exacerbated by an electronics shortage during the coronavirus pandemic.

Some think that the pandemic might prove a turning point for VR, which has failed to live up to early growth expectations.

“Four or five years ago, everybody thought it wouldn’t take long for headsets to be in people’s homes, but it never happened. This might be the moment the industry has been waiting for,” says Myriam Archard, chief of new media partnerships at Montreal VR exhibition gallery Phi Centre.

To date, VR headset sales have been much more modest than expected, amid issues with the technology, cost and ergonomics of the devices themselves as well as a lack of content.

As a result, high profile firms such as Jaunt and Magic Leap have run into difficulties, while others like the BBC have exited after experimenting with the technology.

George Jijiashvili, a senior analyst at research firm Omdia, predicts the number of standalone and tethered VR headsets will grow from 13.1 million in 2019 to 55.5 million by the end of 2024. “It’s a big growth,” he says. “But if you take a step back and compare it to TVs and smartphones, it is a very small addressable market.”

That’s why content creators have only dabbled with VR, explains Jijiashvili. “For most companies, it’s not viable to invest a lot of money in this category when only a small number of users could potentially be exposed to that content.”

VR, he says, remains a “long term opportunity rather than a massive opportunity today…expectations have to be set for any company which wants to invest in this space right now.”

In this Tech Expert video Sol Rogers explains the technologies behind virtual, augmented and mixed realities and their impact on media and entertainment.

Seeing the next generation
However, a new generation of headsets – notably the Facebook-owned Oculus Quest which launched to rave reviews last year at a relatively affordable starting price of $399 - could be helping to spur the market.

Jimmy Cheng, director of content and business operations at XR (virtual and augmented reality) content and technology specialist Iconic Engine says the global XR market has seen “a lot of improvement” since better headsets came out last year, citing the Quest as well as the HTC Vive Cosmos.

He says the launch of 5G is also significant, with the technology’s improved bandwidth helping to improve the streaming and downloading of large XR files. 5G has also drawn telecoms firms into the XR sector, with companies keen to use VR to showcase the capabilities of the technology.

Iconic Engine, a spin-off from Digital Domain, is supporting telcos like France’s Orange, Germany’s Deutsche Telecom and Hong Kong’s PCCW develop their own VR platforms. Cheng says telecoms firms as far afield as China, Taiwan, Japan, Korea through to Germany and France are “jumping in” to the sector. Iconic Engine also represents over 140 studios around the world, such as Atlas V, Baobab, GoPro and Lucid Realities. It aims to lead the distribution of XR content in the future, says Cheng. Iconic Engine has distributed VR projects including 1970s New York-set Battlescar and The Great C, based on Philip K. Dick science fiction short story.

“What we need right now is more buyers / platforms to step into XR distribution so this new media can reach more end users,” says Cheng.

He notes that Covid-19 has spurred the growth of in-home VR compared to LBE (Location Based Entertainment) VR. “If Covid-19 can end by the end of 2020 or early 2021, then LBE VR can benefit from in-home VR as these new users will step out and start trying more entertaining projects or bigger scale experiences at museums, arcades and playgrounds.” 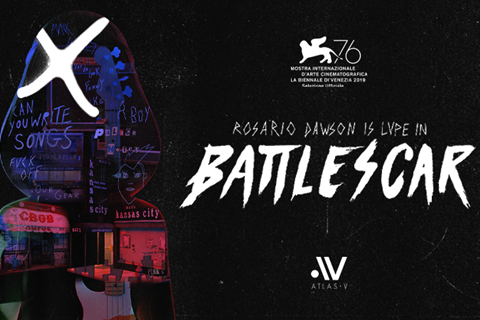 Battlescar: Is an action-packed VR film users can watch on home headsets

Myriam Archard of Centre Phi, which runs about three VR exhibitions a year, echoes this point. She notes that there are doubts about whether people will be ready to try on VR headsets in public spaces again when Covid-19 is brought under control. “I’m a strong believer that it will take a little time, but that the public will come back.”

She says that the growth of in-home VR will be complementary to an exhibition space like Centre Phi, which has a set dedicated to each VR piece and helps create a special atmosphere for participants. “It’s great that people will have their headset at home, but it doesn’t replace what we are offering.”

Gaming has been the most popular segment of the consumer VR market, with popular titles including “Beat Saber” and “Resident Evil 7.” Gaming is also driving much of the innovation in the sector.

Use cases
XR is also proving itself in industries like education, training, design and healthcare. Ford uses VR to help design its cars, while BP uses the technology for immersive training exercises. The UK’s National Health Service (NHS) is also using VR for psychological therapy, tackling problems from psychosis through to fear of heights. In May, AR specialist Magic Leap announced that it would pivot from developing consumer products to focusing on its enterprise business.

There are also signs that social VR could be a significant market in years to come, despite VR’s reputation as a solitary experience, notes Jijiashvili.

“Four or five years ago, everybody thought it wouldn’t take long for headsets to be in people’s homes, but it never happened.” Myriam Archard, Centre Phi

Facebook, for example, is currently in beta on Horizon, a type of Second Life meets VR experience, which has a mix of social places where users can mingle and chat, and other areas where they can play games against each other. “It’s going to be slow to build, but it’s very clear that Facebook’s Mark Zuckerberg is very keen on VR and utilising VR for social interactions,” says Jijiashvili. “They will definitely keep throwing money at it…He is undeterred, and has openly admitted that VR hasn’t been adopted as fast as they initially expected, but that they are in this for the long run.”

In a further encouraging sign for the sector, other leading tech firms such as Google, Intel, Samsung, Apple and Microsoft are continuing to invest heavily in XR.

Apple, for example, is reported to have research unit comprising hundreds of employees working on AR and VR, exploring ways the emerging technologies could be used in future Apple products.

Apple’s focus on AR and VR has ramped up over the past few years, and an augmented reality product could launch as soon as 2021, according to reports.

If VR can count deep pocketed tech firms like Apple and Facebook as believers, it’s clear that it’s far too early to write off the technology.