The role of satellites in the telco battle

With streaming services absorbing increasing amounts of bandwidth opportunities are bound for both telcos and satellite providers, writes Chris Forrester. 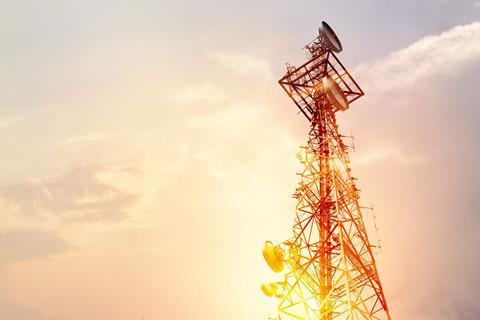 Add in the other OTT supplies from the likes of Amazon, Hulu, Facebook/Watch, Google/YouTube and the rest and the consumption rises to a massive 58% of downstream global traffic. Drill down into the report and you’ll see that bandwidth demands for streaming services in the US absorbs 40% of the country’s entire internet traffic.

Backing up the Sandvine data is a similar report from Paris-based specialist research company Euroconsult, which adds that the satellite industry will see revenues shift more towards telco and data-based traffic and revenues, and away from video and DTH income.

Based on their latest market projections, wholesale capacity revenues from telecom applications will surpass video applications by 2021.

The growth is largely supported by the influx of low-cost capacity from new Video High Throughput Satellite (V-HTS) systems and Non-Geo broadband in the coming years. As a result, total capacity supply being carried is projected to grow eightfold from 1.3 Tb/s in 2017 to nearly 10 Tb/s by 2022, says Euroconsult.

The growth acceleration in HTS capacity demand confirms Euroconsult’s view of the market shift from regular video transmission to these high-throughput satellites, which with their increasingly sophisticated and all-digital satellites, and the planet’s increasing demand for telecom-type applications will drive usage ever higher.

HTS capacity leased increased to around 594 Gb/s in 2017, a new high, and a clear acceleration (+36%, year-on-year) in take-up across all telecom verticals. HTS capacity growth was driven by several factors, including increasing capacity usage for consumer broadband and backhaul as new system launches facilitated growth across multiple global regions. In addition, a number of operators succeeded in leasing entire payloads, which resulted in a stepped increase of the initial growth phase in certain markets.

Pacôme Révillon, CEO at Euroconsult, commented that innovations in technology, services and in the ecosystem will make satellite connectivity relevant in the context of the communication sector of the 2020s that will see the spread of terrestrial 5G and the rollout of a wider range of communication services, either between humans or driven by IoT exchanges. In the short term, the impact on legacy services and the related pressure on the economic performance of operators could be unfortunately described as a necessary pain, and is certainly no different from the cycles observed in other industries navigating a breakthrough innovation period.

Satellite backhaul is a common term, and by and large refers to how telcos move vast quantities of data traffic onto satellite for ease of onward distribution.

Telco operators (both fixed-line and cellular) shift some of their traffic onto satellite in order to cope with the explosive growth in demand from 2G to 3G, 4G and in readiness for 5G. In simple terms the telcos keep hold of that traffic which demands instant response: Voice calling is the obvious number one demand for high-quality ‘instant’ service.

But TXT and SMS do not need the same ‘instant’ response, which explains why a SMS message can take a while to arrive.

Add in requests for video, whether Facetime-type video links, or video or graphic-rich content from YouTube or just a daily news-feed and you end up with the sort of explosion in data demand mentioned above.

These links do not need direct one-on-one voice-type latency. We are patient: we wait a second or two. Add up those multiple-billions of seconds and you have a more efficient network.

By 2025 there will be some 5 billion cell-phones in use. Usage rates in terms of data traffic are expected to increase by almost 8 times by 2023 (and 11-times in some regions such as the Mid-East) and with video expected to consume about 73% of all traffic by 2023.

As mentioned above, Euroconsult says that these wholesale capacity revenues from telecom applications will surpass video applications by 2021.

“The growth acceleration in HTS capacity demand confirms our view of the market shift from regular to HTS and the increasing demand for telecom applications. HTS capacity leased increased to around 594 Gbps in 2017, a new record high, and a clear acceleration (+36% y-o-y) in take-up across all telecom verticals.

HTS capacity growth was driven by several factors, including increasing capacity usage for consumer broadband and backhaul as new system launches facilitated growth across multiple global regions. In addition, a number of operators succeeded in leasing entire payloads, which resulted in a stepped increase of the initial growth phase in certain markets,” says Euroconsult.