The week in numbers: Oscars viewing figures and Paralympics coverage

A drop in Oscars viewing figures and broadcasters’ plans for Paralympics coverage. 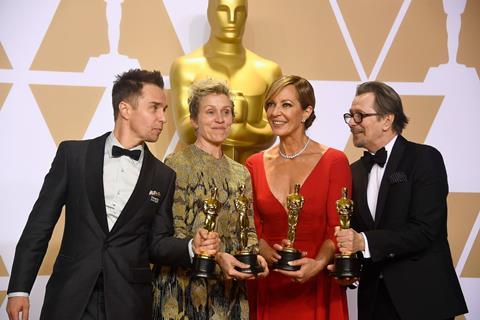 Year media rights deal has been secured by Sony Pictures Network India to broadcast overseas cricket in the Indian subcontinent. The deal has been signed to telecast and stream online the matches played in England giving Sony access to more than 80 international matches played by both men’s and women’s teams from 2018 to 2022.

Hours will be dedicated to the coverage of the 2018 Paralympic Games in PyeongChang across the NBC Olympics channels. NBCOlympics.com, NBC, NBCSN, Olympic Channel: Home of Team USA and the NBC Sports app will cover the six sports with a total of the 80 medals up for grabs.

British Parliamentary debate was broadcast this week, marking the first ever coverage with sign language interpretation.

Total live views on Sunday night’s episode of The Walking Dead. This marks the weakest return in numbers for the series since its lowest viewership of 8.3 million viewers.

Regional rugby games will be aired on BBC Two Wales next season after the BBC lost its deal to continue broadcasting Pro14 matches. Viewers will no longer be able to watch the games on free-to-air TV.