The Year in Gear: Part 1

2020 in review: Part one of the IBC365 roundup of notable product launches and developments in broadcast tech over the past 12 months. 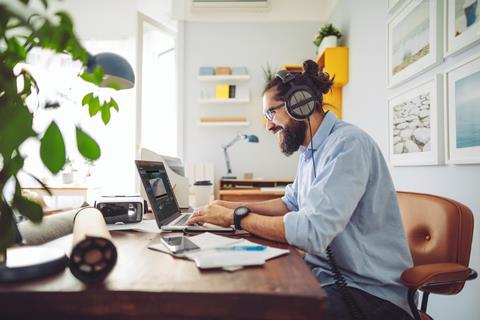 In this first part of our look at the technology launches and products that entered the broadcast and film technology world we start by taking a look at how major vendors moved to support the industry in the face of the coronavirus pandemic.

2020 has been the year of the cloud – not just the droplets of coronavirus in the air, but the resulting move to greater remote production it has caused, with virtually all the major manufacturers virtualising their products in some way.

Primestream’s Xchange Media Cloud is a completely cloud-based version of its Xchange media asset management platform, which can be up and running in a few hours for remote workers who need to store, access, produce and manage critical media assets from anywhere in the world. Also new is Creative Bridge, an Xchange add-on, which allows content creators to access any creative tool, such as Adobe Creative Cloud, Apple Final Cut Pro X, Avid Pro Tools or DaVinci Resolve from Blackmagic Design. It is claimed to allow creatives to be better connected, with greater visibility and better unification of the overall workflow, as well as improving reliability and security.

Dalet has moved its news production and distribution platform, Dalet Galaxy five, to the cloud with Dalet Galaxy xCloud, which is managed as a full SaaS offering running on AWS infrastructure. It connects to users’ existing on-premises systems and supports workflows for remote editing teams, making it easy for them to collaborate wherever they are. It is now being used by the likes of France Télévisions to allow journalists to produce news from home.

Grass Valley’s GV AMPP (Agile Media Processing Platform) is claimed to be “the first cloud-based SaaS platform for broadcast to fully leverage the power of elastic compute”. It is built for the cloud from the start and designed to overcome broadcasters’ reliance on costly, inflexible hardware-based systems. It is highly scalable, providing a modular approach to everyday media workflows. 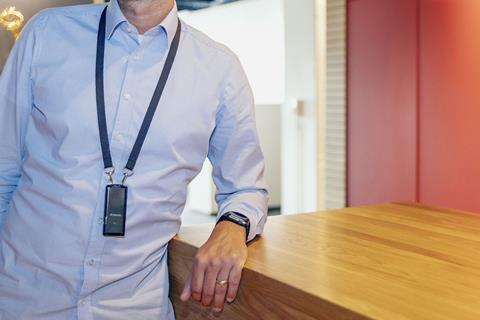 Other reactions to the COVID crisis include Riedel Communications’ DisTag, a lightweight distance monitoring device that alerts its wearer via haptic, visual and acoustic signals whenever the mandatory minimum distance to other people is about to be breached. The proximity limits of the warning signals can be individually defined and adjusted to match local regulations for social distance. Its integrated battery provides power for up to 12 hours.

Cartoni’s UV-C Boxer can also help productions deal with COVID regulations. This UV disinfection device can be filled with video and motion picture equipment and safely sanitise everything, including delicate equipment that might not react well to harsh disinfectants. The high-power chamber inactivates pathogens like bacteria and viruses using UV-C light (between 200nm and 280nm) in about five minutes.

Production on the move

Dejero has introduced a new small form factor receiver and return video and teleprompter server for portable flyaway kits and production vehicles. The WayPoint 50 is a single-output receiver that reconstructs broadcast-quality video transported over multiple IP connections from a Dejero transmitter, decodes HEVC or AVC, and outputs to SDI or MPEG-TS, while the CuePoint 50 return feed server sends low-latency live programme video and prompter feeds to a location. Up to eight output feeds can be viewed on tablets, smartphones, or regular monitors.

Trond Ramberg, NRK: ‘This has the potential to become a game-changer for the industry’

LiveU’s new LU800 is an all-in-one production-level field unit for news and sports that provides multi-camera production and transmission over native 5G (with up to eight 5G internal dual-SIM modems). It can output up to four fully frame-synced high-resolution feeds from a single unit, using IP bonding of up to 14 connections. It also handles up to 4Kp60 10-bit HDR transmission and 16 audio channels. 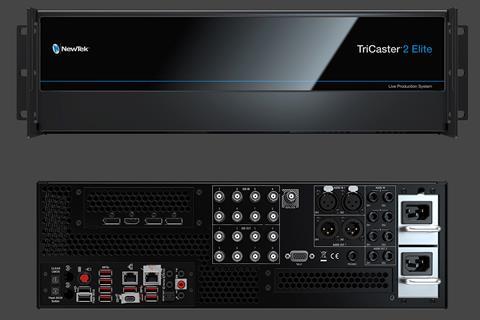 Video conferencing apps like Zoom weren’t designed for the demands of broadcast TV, but TVU Networks’ Partyline is. It offers the low latency, frame rate and video quality required to conduct live interviews with the fast give-and-take viewers expect. The system can automatically distinguish between the voice of a guest and production crew, and delivers an automated mix-minus audio feed to ensure there is no feedback or echoes in the conference line – even without headphones.

Sony’s Metadata Wrangler is a micro-service addition to its Ci Media Cloud and automatically connects files from connected cameras with existing pre-production metadata sourced from production planning. Incoming files are identified, populated with metadata and placed in the appropriate cloud folders, making them easily searchable by editors and production staff.

It is not yet a product, but is being piloted by NRK, whose technology supervisor – postproduction workflow, Trond Ramberg, said: “Transferring proxy versions of captured footage directly from the camera to a server or cloud service has shown a great production value. This combined with an early metadata harvest and preservation all the way to the editing stage is an important measure for efficient media management. If solved, this has the potential to become a game-changer for the industry” 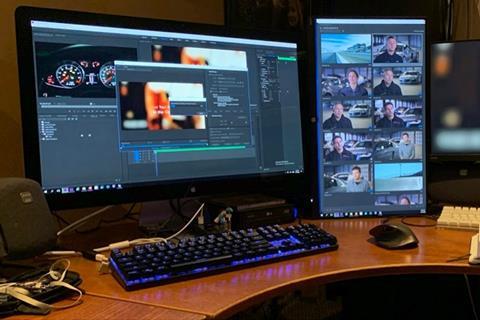 Ross Video’s Graphite PPC (Portable Production Centre) is a 19kg package (with wheels) that contains up to two MEs (and four MiniMEs), four DVEs, six frame syncs, four media stores and two multiviewers. It can handle up to 13 inputs and eight outputs, is simple to set-up and requires just a single operator. It is also quiet enough to be used in the same space as the talent.

Newtek’s TriCaster 2 Elite is claimed to be “the most powerful and complete live video production system on the planet,” with “better than broadcast functionality and uncompromised flexibility.”

It combines high-end video production capability with the ability to harness nearly every major video calling application in use today (such as Skype, MS Teams, Zoom Meetings and GoToMeeting), delivering users a myriad of creative options. It is highly flexible and scalable, supporting both video over IP and SDI, with 32 external inputs that automatically determine video format and resolutions up to UHDp60, eight MEs with four layers each, and strong integration with Adobe’s Creative Cloud tools.

Tomorrow Part 2 of our Year in Gear review features kit from vendors including Blackmagic, Atomos, Sony, Mediakind and more