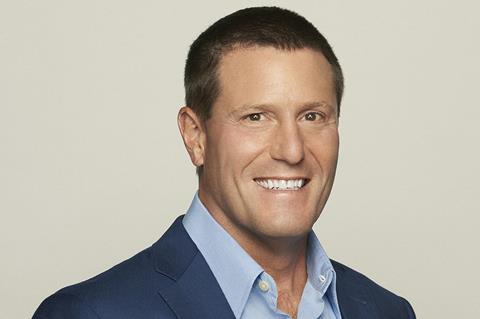 Kevin Mayer: Leaves Disney to become the CEO of TikTok

Mayer has served as chairman of Disney’s direct-to-consumer and international business since the unit was formed in 2018. In that time, he has overseen the development and launch of Disney+, the Mouse House’s SVoD platform.

Prior to this he was Disney’s executive vice president, Corporate Strategy, Business Development, and Technology, and was seen as the company’s mergers guy, having been involved with the purchases of Pixar, Marvel Entertainment, Lucasfilm, Club Penguin and Maker Studios, as well as its agreement reached in December 2017 to acquire most of the 21st Century Fox assets.

He will join social video firm TikTok as CEO in June, when he will also become chief operating officer of parent company ByteDance.

Mayer said, “I’m thrilled to have the opportunity to join the amazing team at ByteDance. Like everyone else, I’ve been impressed watching the company build something incredibly rare in TikTok – a creative, positive online global community – and I’m excited to help lead the next phase of ByteDance’s journey as the company continues to expand its breadth of products across every region of the world.

“On a personal note, I’m thankful to the entire Disney team for the tremendous accomplishments we achieved together. I’m especially grateful to [former Disney CEO] Bob Iger for his visionary leadership and mentorship over many years, and to [Disney CEO] Bob Chapek whom I greatly admire.”

His departure has caused a shakeup at Disney, which includes the promotion of Disneyland Resort president Rebecca Campbell into Mayer’s old role.

Campbell is a veteran of the company, having spent 23 years at Disney across various roles and divisions. She previously looked after local broadcasting, running individual stations and the ABC Owned Television Stations Group, which has stations in New York, LA and six other cities.

She worked directly with CEO Chapek when he was running Disney’s Parks business, and will report into him in her new role.

Campbell said: “Having been a part of the Direct-to-Consumer and International leadership team, I know what a stellar group it is, and I’m honored to be able to lead the organization during this dynamic and exciting time. Armed with the best creative content engines and technology teams in the industry, I am extremely confident in our ability to continue growing the business around the globe.”

It is the latest management change for the company, which saw long time CEO Bob Iger announce his departure earlier in the year. In this latest announcement, Disney also revealed that Josh D’Amaro has been named chairman, Disney Parks, Experiences and Products.

D’Amaro will oversee an all-new leadership division at Disney’s parks business with new appointments including:

“Our company is very fortunate to have a deep bench of talent and we’re extremely pleased to welcome these two exceptionally qualified Disney veterans to our senior management team,” Chapek said. “Both Josh and Rebecca have more than two decades of leadership experience with the company, a keen understanding of our brands and businesses, and a shared passion and vision for delivering extraordinary entertainment and one-of-a-kind experiences.”