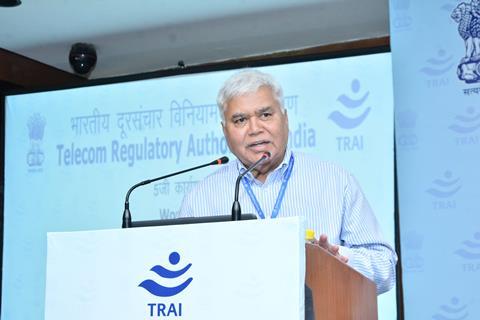 India’s telecoms regulator implemented a new broadcast tariff regime which was introduced last December in a bid to enable customers to pay for what they wanted to watch.

However, viewers have lodged complaints to the regulatory body that their monthly cable and direct-to-home (DTH) bills have increased.

The Telecom Regulatory Authority of India (TRAI) has found that operators and distributors have been “giving huge discount on bouquets” of content packages and ultimately misusing the pricing structure.

In a statement the regulatory body said: “It has been observed, from the tariff declared by the broadcasters under the new regulatory framework, that broadcasters are offering bouquets at a discount of up to 70% of the sum of a-la-carte rates of pay channels constituting those bouquets.”

TRAI is now looking at setting a cap on these discounts offered by broadcasters and as an absence of this cap is making the prices of a-la-carte channels “illusory.”

The regulator has called out cable operators and DTH providers, platform operators (DPOs) and broadcasters for seeking to squeeze consumers by pricing popular a-la-carte channels higher outside bouquets, or packaged deals.

TRAI secretary SK Gupta said: “Broadcasters and DPOs are offering large number of bouquets, which is confusing the subscribers and as such the consumer is not able to exercise informed choice.

“High discounts by broadcasters while offering the bouquet has also reduced consumer choice. This is a clear misuse of the flexibility given to them.”

The right of the consumers to select and pay for only what they want to view still “remains elusive”, the regulator said, suggesting that consumers were being forced to pay high prices for channels they want to watch because of the manner in which the channels were being grouped.

Gupta added: “This new consultation paper is aimed at correcting these anomalies and giving consumer their rightful power of choice.”

According to a report by the Economic Times, TRAI last week asked third parties to create apps to help consumers choose their TV channels from any cable or DTH provider in response to complaints from consumers that they were unable to opt for channels of their choice.