Transforming creativity in the cloud 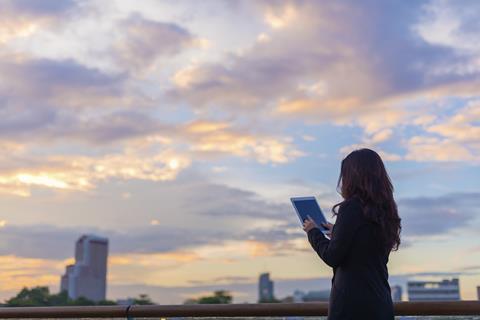 Moving to the cloud can involve a “leap of faith” but the increased flexibility and improved security have enabled new ways of collaborating and creating content, according to industry leaders from Jellyfish Pictures, LCTV and TechXMedia.

The IBC365 webinar Transforming creative workflows: Making great content in the cloud explored why creators are turning to the cloud to transform the way content is made.

From eight employees to over 200 artists, technicians and productions staff today, Jellyfish now has four studios in three different locations across London.

He explained: “We wanted to take a different approach with this.

“In the studio, we decided we didn’t want any on-premises hardware, or a server room and we basically wanted to have a scalable approach.”

Smith pointed to its VFX and animation pipeline and explained how they wanted to ensure the existing workflow and the storage architecture could be extended seamlessly.

He said: “We are really proud of the implementation.

“We have built essentially a private cloud in our Oval studios which has meant we are able to extend our Brixton infrastructure and we have used the PCoIP technology that was developed by TRD.

“We have a mix of physical host cards, but we are also testing the software version of this which opens up more virtualisation options and it is really quite exciting.”

Self-service set up
One step further along the content value chain is bespoke distributor in the sports sector LCTV founder and managing director Laura Cotterill explained using the cloud was a “leap of faith” but one that has paid off.

Initially LCTV delivered five different formats in the UK according to the broadcasters’ requirements, however Cotterill pushed the boundaries and decided to only deliver a single format away from an NTSC.

She said: “There are no less than 100 different networks around the world and every single one take the same format – XD HD422 and we have no issues, which is quite extraordinary.”

Cotterill explained the cost savings, ease and security point of view for processing and delivery is seamless in the cloud offering an advantage for its niche small business.

He said: “The cloud is the ideal place to store [the data] but how do you get it there?”

Across the workflow from editorial to post-production the adoption of cloud is reliant on high bandwidth, latency and GPU, which Stephens said will hopefully improve with 5G.

He added: “Cyber security is a major driver for everybody and there is a lot of concern that there is not sufficient security with the cloud.

“I believe the cloud is much easier to secure and the vast number of breaches in cloud security are simply because an S3 bucket was configured incorrectly and left open to public access.”