IBC365 spoke with the One Strange Rock, The Crown and Katy VFX teams shortlisted for last night’s RTS Craft and Design Awards. 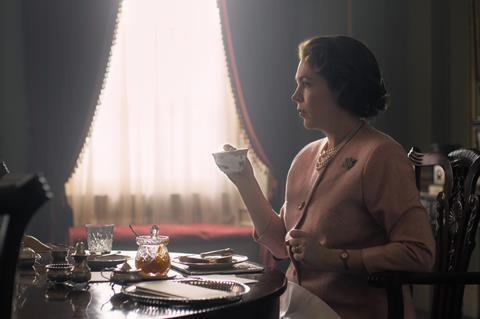 The Crown
A historical drama chronicling the life of Queen Elizabeth II from the start of her reign in the 1940’s to modern times, where romances, personal intrigues and political rivalries are dramatised in the Netflix original.

One Of Us VFX Supervisor Ben Turner

How did you get involved in working on The Crown?
I was working at London VFX house One of Us and The Crown approached us about looking after their VFX work.

I expressed an interest in the project at an early stage and the next thing I knew, I was the VFX Supervisor on the show.

What was the impact and challenges of the VFX for The Crown?
For a programme like The Crown, visual effects are used in order to enhance and help recreate the period settings of the series, as well as to allow key scenes to feel expansive and unconstrained.

Invisible work of this nature presents a very different set of challenges to the pure visual spectacle more often associated with our industry.

The work needs to be beautiful but discreet in order to provide detail, scale and authenticity to complement the visual narrative of the series. Artistic judgement is key.

Then with the success of season one, the ambition for season two grew. Our biggest challenge was creating the HMY (Her Majesty’s Yacht) Britannia, since we weren’t able to film on the ship itself, it involved connecting various different scenes, sets and locations together to create a seamless environment both at sea and in dock.

The changing of time also represents different VFX challenges in order to create an accurate and evolving world around them.

Another fun part of the work is using archive footage because it’s crucial in building and developing an authentic, accurate and representative look of how events unfolded at the time.

Sometimes we even inserting The Crown cast into historical news footage. There’s always something new to play with, we can never rest on our laurels.

Has technology enhance the post-production and workflow?
The march of technology always helps to make things go quicker or render faster, and the work ran the full gamut of VFX disciplines.

The HMY Britannia, for example, was achieved with a mixture of real locations and VFX extensions. The team were able to gather photogrammetry reference of the royal yacht by flying a drone around the vessel whilst in dry-dock in Edinburgh.

This was then used to create the CG model for the show. The team used traditional lit & rendered CG along with DMP enhancement to achieve the best photographic detail possible.

Some Britannia shots involved placing the yacht into real sea plates, shot from a helicopter. Others meant creating and rendering a CG ocean & wake as the ship sailed on the open seas.

Ultimately, we’re using tried and tested techniques on this show and so it inevitably comes down to teams of talented artists to harness any new technology they can.

How did you get involved in working on One Strange Rock?
I was involved very early on in the process before shooting took place. The idea behind this was to establish an over-arching vision for the many ambitious VFX sequences throughout the series so there would be a coherence in approach.

With this in mind we helped create an online style guide that VFX artists and directors could reference. This was key in setting the aesthetic vision for the series and had strong input from Darren Aronofsky.

What were the challenging aspects of the VFX?
The biggest challenge for us was the requirement to create shots without any or limited reference material and for those shots to be aesthetically pleasing yet scientifically accurate.

Often we were asked to come up with something that was invisible or had no reference imagery. We had to create visual solutions that were emotive and complemented the narrative of a given sequence.

This was a far more creative exercise than doing a set extension for instance where the requirement is simply to make something look realistic. 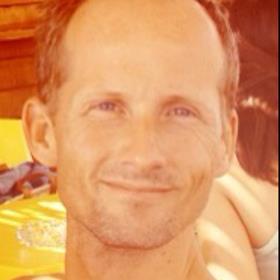 What are the most exciting VFX in One Strange Rock?
The most exciting aspect was in reaching to find the most dynamic and engaging way to visualise these strange and extraordinary things that happen to us and our planet.

From dramatising the journey of a cell which established all humankind, to travelling from the earth’s core to the magnetosphere.

It was a wonderful opportunity to work on such epic sequences and very exciting to develop and bring them to life on screen.

How has technology enhanced your workflow?
We invest heavily in technology and cutting edge software as a studio with our intention to provide the best available tools for our artists to create innovative work.

It is sometimes a case of finding the right software to resolve creative challenges and with multiple sequences in One Strange Rock involving invisible, weird, scientific worlds we often utilised such tools as Houdini to help create abstract yet believable environments as a canvas for multiple sequences.

This was particularly useful for creating imagery such as the turbulent core of the earth, by using fluid simulation software we can achieve a more physical mathematical approach that can provide a more believable and randomised depiction of something we could never reference or film.

Katy
Children’s drama series based on the novel by Jacqueline Wilson, follows 11 year old Katy who is the eldest of her five siblings and a daredevil, who loves skateboarding and adventures often getting herself into trouble. An accident that sees her unable to walk changes her life forever. 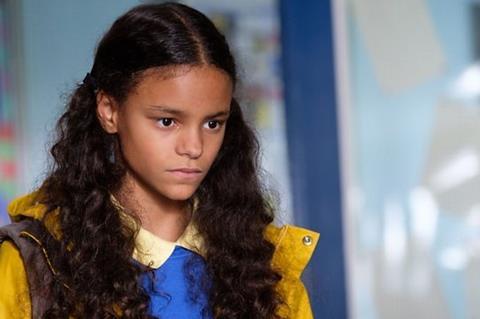 How did you get involved in working on Katy?
I was brought in with the producer whom I’ve worked several times over the past few years. We have a great relationship and have a similar attitude and commitment to the work.

He trusted us to help deliver something of quality on a budget, something that we have both become adept at with our many years working in the television industry.

What challenges did you face with the VFX of Katy?
The timescales and the budget were major factors, the ambition of the story was a real challenge in the time we had.

We faced many logistical challenges with locations and shooting restrictions where VFX was called upon to provide solutions.

The director wanted to shoot handheld for as much of the action sequences as possible and wanted to keep lock-offs to a minimum.

He also wanted to have lots of smoke and atmosphere to reinforce the grimy underworld, this posed a lot of challenges for our green-screen work and set extensions. We ultimately rotoscoped all the green screen sequences.

What was most exciting aspects of the VFX for this production?
Our speciality is working on period dramas so it was an opportunity to work on something different. Our expertise lies in the former so we had a rare opportunity to work across science-fiction which was a real treat.

Has technology enhance your workflow and post-production?
Yes we have a lot to tools we can call upon now, we are very lucky in how much the industry has advanced over the time I have been doing this.

The challenges are great but our ambition and standards are higher too, it’s a great to be working in the VFX industry at this time.

The winners will be presented during a London ceremony hosted by comedian and actor Tom Allen.