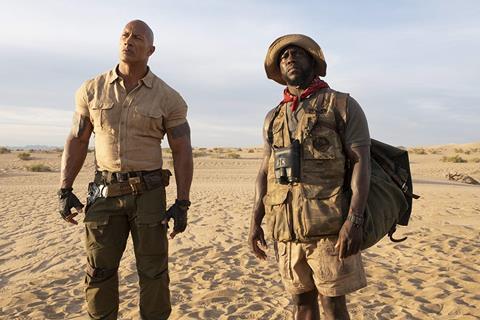 The “largest purpose-built film studio” in the UK has been announced by US facilities firm Blackhall Studios which says the development could bring 3,000 new jobs to Reading.

The Atlanta-based studio where Jumanji and Godzilla were filmed confirmed it will build and run the new studio on the outskirts of London, expecting to invest £150 million into the facility with a digital creative hub also included.

Blackhall currently runs a film production facility in Atlanta, Georgia and has partnered with the University of Reading to open the new facility, which will be located at Thames Valley Science Park. The first stages are set to be opened in 2022.

The studio said it would incorporate “extensive purpose-built digital production facilities,” creating up to 3,000 jobs in the local area, including 1,500 onsite staff.

It expects the creation of new jobs and the rates paid by companies using the space will bring £500 million investment into the UK economy, which is Blackhall’s first foray into the UK.

“With the potential of much needed studio space to address a national shortage, the University hopes that film studios at Thames Valley Science Park could become a hub for a range of supporting creative and digital businesses,” the University said in a statement: “Options for the future of the park could encourage clusters of businesses in similar fields, linked to areas of world-leading academic expertise at the University.”

The planning application for the studio is yet to be submitted with early discussions with local government underway.

Any further developments would look to encourage closer engagement with local communities, schools and organisations, as well as students and staff at the University of Reading, providing opportunities for training and careers in a variety of fields of importance to the UK economy.

Blackhall chairman Ryan Millsap said he is “excited to be establishing a base in the UK,” and, according to the BBC, the plans were made after the company’s US-based clients including Disney, Universal and Sony were “asking us to expand into the UK to meet their desire to create productions here.”

Last month, the British Film Institute revealed that a record £3.1 billion was spent making the likes of the next James Bond film, No Time To Die, and Sam Mendes’s 1917, and high-end TV programmes such as the BBC’s His Dark Materials and Netflix’s The Crown, in the UK.

In December, the US TV giant Comcast, which owns Sky and NBCUniversal, which made The Fast and The Furious franchise through its Universal Studios arm, announced plans to build a European production base in Elstree, north London.

The company has appointed Nick Smith as UK president and chief operating officer. Smith was previously executive commercial director at Pinewood-Shepperton, where he oversaw the company’s international expansion.

He said: “The industry is short of high-quality studio facilities capable of catering for the new and emerging technologies that will form the core of television and film production in the future.

“The proposals support the UK government’s commitment to see this sector’s annual inward investment deliver £4bn by 2025. This initial investment of £150m into the UK economy will create a new powerhouse of creative production and educational achievement.”