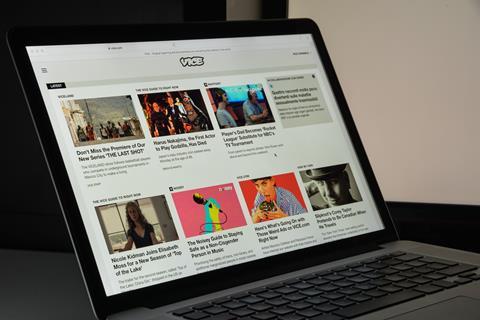 Vice: Refinery29 to join as part of Vice Media Group

Vice Media has agreed on a deal to buy Refinery 29 in a major consolidation which will see the two firms will be rebranded as Vice Media Group.

Vice has bought the female-centric digital media company in a deal that aims to drive Vice’s global footprint and add new revenue streams.

According to The Wall Street Journal, Refinery29 employees will now report into Vice Media chief executive Nancy Dubuc with the Refinery leadership team – currently run by co-CEOs Philippe von Borries and Justin Stefano - expected to be announced at a later date.

The terms of the deal were not disclosed but were a mixture of cash and stock which valued Refinery at around $400 million, according to people familiar with the deal.

In a statement, Dubuc said: “This is an expansive moment for independent media.

“We will not allow a rapidly consolidating media ecosystem to constrict young people’s choices or their ability to freely express themselves about the things they care about most.

“At Vice and Refinery29, the megaphone is theirs to use and the platforms are theirs to build with us.”

The companies are among a generation of start-ups that pulled in venture capital funding only for growth to stall as the advertising climate collapsed.

The agreement follows Vox’s acquisition of New York Media, the company behind the flagship magazine as well as sites including Vulture and The Cut, last week

Speaking to the Financial Times, Dubuc said: “There were a couple of other ideas floated.

“As other parts of the sector consolidate, I think we have to march in a long step.”

Vice declined to comment on the financial terms with Refinery but said the deal would boost its online reach by 17% to 350 million unique visitors a month while diversifying its 60% male audience.

The acquisition comes as digital publishers such as Vice, BuzzFeed, and Vox fight for revenue as Facebook and Google account for the majority of online advertising spend.

Vice has diversified its business by reducing its reliance on digital advertising years ago when it expanded into TV through deals with HBO and international broadcasters.

It has also built out an in-house advertising agency and pushed into video, selling documentaries and feature films to Netflix and Amazon.