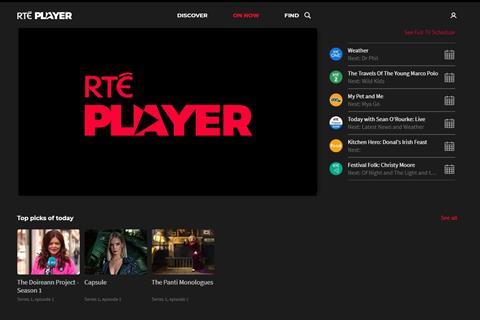 Virgin Media has warned the Irish government against “pandering yet again to RTÉ” amid debate over funding of the public service broadcaster.

Virgin Media told the Irish government that any additional funding awarded to RTÉ in Ireland’s 2020 budget would be a reward for inefficiency, according to a report by the Irish Times.

In a letter from Virgin Media Ireland chief executive Tony Hanway to Minister for Communications Richard Bruton, RTÉ was accused of being “inefficient” and “unable to run a financially solvent organisation”.

According to the Irish Times, Hanway said “RTÉ should be held accountable for its losses…instead, it seems RTÉ’s inefficiencies are, at best, ignored and, at worst, rewarded.”

The letter also referenced the Government’s lack of specific spending conditions to the €8.6 million given to RTÉ in last October’s budget.

In an interview with IBC365 last month, RTÉ director general Dee Forbes acknowledged that the sustainability of RTÉ is under pressure.

The case for increased public funding for RTÉ has been made in numerous independent reports over the past five years, Forbes said during RTÉ’s 2018 financial statement, including the most recent BAI (Broadcasting Authority of Ireland) review conducted in 2018 which recommended an immediate increase in annual public funding of €30 million for RTÉ.

Speaking to IBC365, Forbes challenged the government to take “decisive action” in order to keep public medias of scale and impact. “A lot is at stake,” she said.

“How audiences consume is changing, sometimes it feels by the day,” she said. “It can feel like public service media is on the precipice in terms of evolving to match audience consumption habits, as the funding gap restricts our ability to evolve at the pace required.”