Vislink snaps up Mobile Viewpoint in quest to the Connected Edge

What impact will comms giant Vislink’s €15.5 million acquisition of Dutch innovator Mobile Viewpoint have on the thriving live production sector?

It’s evident that live video production is undergoing a massive and rapid evolution at present. So the acquisition last week of Mobile Viewpoint, an innovator in broadcast contribution, by Vislink Technologies, a major player in wireless video and satellite communications, may not come as a big shock. 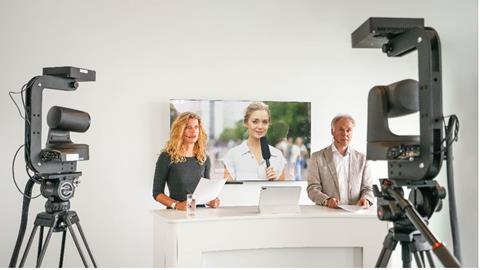 Mobile Viewpoint has been making waves with its live streaming solutions, including the WMT line of mobile encoders, bonded cellular 4G and 5G connections and integrating Starlink for use in mobile video, as well as AI solutions for automated news and sports production through its IQ Video Solutions subsidiary.

Vislink, from its position as a global provider of end-to-end live video and associated data solutions for live news, sports and entertainment events, said the Mobile Viewpoint acquisition will enable it to “fulfil its strategic aim of providing a portfolio of live video acquisition, contribution and distribution solutions that meet the demanding needs of media, enterprise, defence and government organisations”. 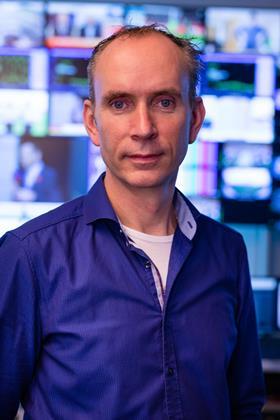 “We’re super excited about it, there’s a massive opportunity around live video,” says Mickey Miller, CEO of Vislink, speaking to IBC365 just after the €15.5 million ($18.3 million) deal was announced. “Live video over the internet is growing at 72% per year. That’s just in the last five years, according to Cisco, and it’s still under 20% of the overall video on the internet, so there’s a huge opportunity for growth.”

“When we looked at the sports and entertainment media area we felt we were in a great position with our proprietary private network wireless cameras as well as our point to point microwave, our satellite capability, and our air and ground downlinks, but a big piece that we saw missing was 5G,” he continues.

“5G is coming in, but it won’t be everywhere. The uplink capacity won’t be there [yet], nor will the latency, because network slicing will be in later releases of the 3GPP initiative. We knew we had to have a bonded cellular capability to augment our capability to be able to evolve into that.”

“So we reached out to Michel [Bais, Managing Director of Mobile Viewpoint],” he adds. “We were just amazed about their innovation and what he’s been able to accomplish, basically bootstrapping this business. They’ve been growing and getting more profitable every year and they did this all with three salespeople out of Alkmaar. We’ve got 150 channels around the world and partners across our global market, so we thought the combination could be pretty incredible.

“When you look at what they have there’s very little overlap from a product standpoint, from a market standpoint and from a customer standpoint. So there are opportunities for us to sell our traditional products to Mobile Viewpoint customers, and we see a massive opportunity to be able to move their products into ours.”

“We have tried to combine the features of AI with the technical knowledge we already have about making video productions,” Michel Bais, Mobile Viewpoint

It seems a good fit from the point of view of Mobile Viewpoint as well. “We have a lot of innovative products that we were first to market,” says Bais.

“Our problem was that our sales network was not big enough to sell around the world. [Building such a network] takes time and money, so we were looking with our previous mother company, Triple IT Corporate, how to do this. We also started looking around for a partner who already has a network.

”By coincidence, I met Mickey [again] on a video call and we chatted a bit about my plans. Finding out there was a real match, the negotiation started from that moment on. Vislink is a well-known brand, there’s a very good sales network around the world, and also their products have been close to us but not similar. It was the opportunity for cross-selling I was looking for.” 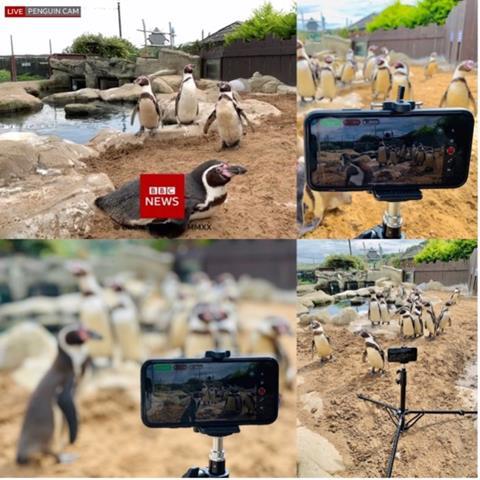 “There have only been positive reactions from customers,” he adds. “Everybody knows Vislink and sees the opportunity immediately. Already we have had existing dealers phone up to say: ‘I like it, because I didn’t have a COFDM product in my portfolio so can I also take Vislink now?’. There is no feeling of competition; they see it more as a good move because a bigger company can offer much more support.”

“The Mobile Viewpoint brand is recognised for innovation,” says Miller.

“We’ve had some of our closest customers call us and go ‘wow’! Now they can use Mobile Viewpoint products and buy them through the Vislink account, so they were really excited. It’s going to be one software that manages whether it’s our solution or theirs, so it makes life easier [for customers], makes things line up easier for them. Everything is managed much easier.

“I’ve enjoyed putting this deal together with Michel and look forward to working with him in the future to build Vislink into a much larger company than we are today.” 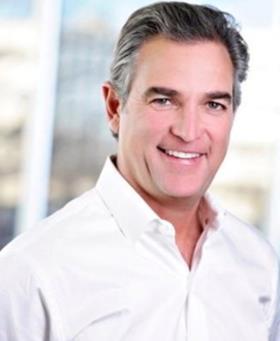 “We have an underlying thesis we’re working to, which we call the Connected Edge, where machines, devices and people will be connected along with big data and AI,” continues Miller.

“Everything is moving to IP, so you’ll no longer have a different network for audio and different networks for video and then data, you have it all in one. That allows you to create packets and send them over whatever medium makes the most sense and is the most cost-effective for customers.”

“Now with Vislink and Mobile Viewpoint combined we have all of those. We have satellite, we have COFDM, we have mesh, they have WiFi, they have 5G, 3G and 4G, and collectively we both have fibre,” Miller explains.

“When you add on big data to help make decisions and then finally AI to drive things, it’s going to disrupt a lot of industries.

“If you take a look at a typical connected sports complex, our solutions today include our proprietary HCAM [Vislink’s HEVC/UHD very low latency encoder] which can go from [a blimp or similar aerial device] in the air to the ground or from anywhere in the facility, such as the cameras that you see on the sidelines.”

“When you look at event security and multi-camera uses, UltraLink comes to mind, while TerraLink [could be used] for first responder solutions - we do business with almost every large first responder in the US. Then finally the big upside to add to the overall package could be the IQ Video products where you take four cameras together merged with AI; they reduce the carbon footprint, they reduce the need for people on-site, and make it possible to produce what heretofore would have been uneconomic to do.

“This [sports stadium] is just one example but whether it’s motorsports, whether it’s a first responder location, whether it’s a battlefield, there’s a lot of different areas where video, audio, combined with data can help make decisions faster that can protect and serve us or connect us to the content that we love.”

The combination of such product lines and sales channels also has implications for the boom in remote production. “Timeline in the UK already uses our [transmitter housed in a backpack] for doing the Women’s Soccer League, but of course there are a lot more [lower tier sports], especially in the UK.

”A lot of people watch them and there’s also quite a lot of money going in. So that’s the focus for the products at the moment,” says Bais.

“Our goal in the future is events in the first tier, using a mix of AI technology and real camera operators. Today you see at least seven camera operators around a soccer match, or even 14 if you’re talking about the high-end games, but I am a firm believer in a mixed set-up - some of those will be replaced by automatic cameras.”

“I think both teams are aligned, bringing value to customers through innovation, not technology for technology’s sake,” Mickey Miller, Vislink

“We see the opportunity [for AI-assisted automated sports production] because it also saves money and that’s an important thing,” he adds. “These days there’s more live production required, but the budgets stay more or less the same. So everything has to be done, but for the same amount of money. At the moment it is just the second and third-tier sports, but that’s also how we can grow the product.”

“Vislink largely plays at the tier one, tentpole events and we’ve got relationships with a lot of leagues and associations,” observes Miller.

“A good example is Moto GP for whom we’ve been a technology partner for years. They have their Moto GP race but they also own a lot of leagues below that, with incredible content but they don’t necessarily take advantage of it because, with our solution, the cost points just aren’t there. But with what Michel and his team have been working on, it becomes super interesting. I know we’ll get an opportunity to showcase that there and see if it makes sense.” 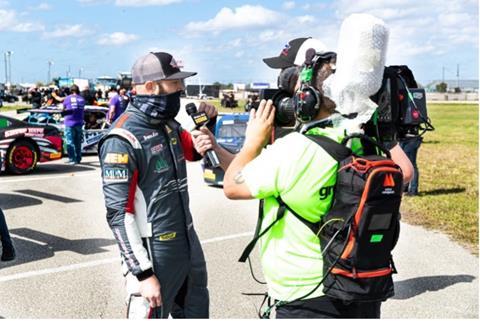 Combining the R&D of both companies also makes sense. “Michel has got a really innovative team, we have a team that’s been in broadcast sports entertainment for quite some time,” says Miller.

“Both teams understand the markets and the customers and the use cases. Sometimes companies get enamoured with technology, but the customers don’t care about it or it doesn’t make sense cost-wise, but I think both teams are aligned, bringing value to customers through innovation, not technology for technology’s sake.”

Bais agrees, particularly concerning automated sports production. “You will see a lot more from us soon. We have used the Covid [downtime] to develop the product. It’s not finished yet, but we are close. We have tried to combine the features of AI with the technical knowledge we already have about making video productions. I’m really excited to show it at the trade shows and get customers to try it out and even buy it, of course.”

“We see the opportunity for AI for the games that just aren’t economical for outside broadcasters to do today,” says Miller. “We raised $50 million early this year, we can raise more, and we plan to invest organically in a lot of the ideas that Michel and his team have, but also build through inorganic means through acquisitions.”