Can VR esports become a reality?

Both esports and VR have seen growth during the Covid-19 pandemic, but what about VR esports? Thomas Ffiske investigates. 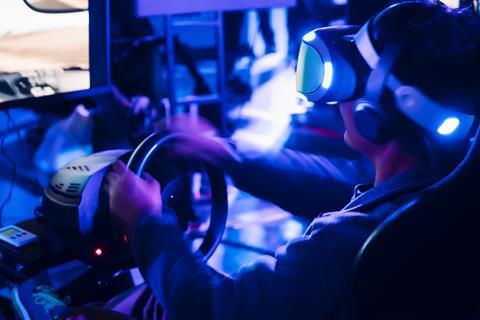 Virtual reality and traditional esports have had a similar growth pattern. It took esports decades to be recognised as a legitimate avenue for corporate endorsement. Players fought back against platform holders like Nintendo who shut down Super Smash Bros. tournaments or struggled to receive sponsors. Events were held in small hotel halls, hot and stuffy as spectators strained to watch a tiny screen. Public perception was dim.

Years later, the esports industry is now one of the most profitable areas in the world, with millions in prize pools and scores of fans that attend booked-out events. It has become a win/win scenario for everyone: video game developers receive more interest in their games by fostering a community atmosphere; events companies and technology producers receive more work as they organise massive events; broadcasters and platforms attract new, younger viewers; and top players are given an avenue to riches and stardom.

VR esports is experiencing the same growing pains as its older sibling. Crippled by small audiences and a limited portfolio of competitive games, the scene is nowhere near as big as communities like Fortnite or League of Legends. But its development is remarkably like the early days of other mainstream esports platforms, with a new layer of reality that adds more depth gameplay. While small, VR eSports has the potential to flourish over time.

Expensive VR headsets
There are three barriers of adoption. The first is VR headsets themselves which typically cost hundreds to purchase, like buying a new games console. Then if the game requires a tethered headset, such as an Oculus Rift S or HTC VIVE Pro, then another few hundred is added to the receipt. The costs of entry are so massive that VR is a prohibitive platform where not everyone can jump in and play – an arguably core component of fostering a thriving esports scene.

The solution would be a standalone equivalent which does not require an external PC, while offering sophisticated controls and decent immersion. The Oculus Quest and VIVE Focus are two examples, the former consistently selling out as the coronavirus pandemic forced players to stay in their own homes. 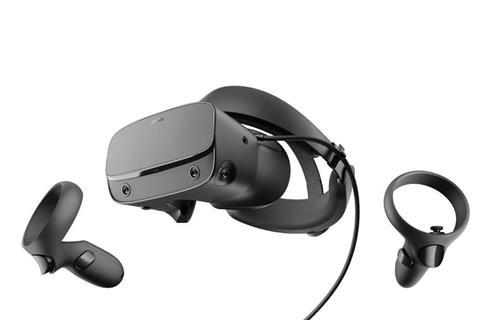 Headsets: One stumbling block has been the price of VR headsets

While unable to holiday or travel, some retreated to their headsets to travel to new or fictional destinations, boosting adoption in early to mid-2020.

However, buying a standalone VR headset costs the same as a new games console. When deciding between a PlayStation 5 or Xbox Series X this Christmas, most families may turn to Sony and Microsoft rather than Facebook-owned Oculus or HTC. The decision between these options are multi-faceted and complicated, but the main selling-point would be to provide unique and enjoyable experiences that could not be played in any other way. As costs decrease and new headsets are released – such as a rumoured Oculus Quest update coming later this year – adoption will rise. And as adoption rises, so does the potential audience that advertisers can leverage.

Creating a community
The second major concern is ease of access for spectators. Take Fortnite, where even basic mobile phones can run the game, or basic PCs; the simplicity of access promotes engagement from spectators and brings in new players. Players would have one monitor or phone that has a Twitch (or until recently, Mixer) stream where their favourite personality is likely to be playing and training. Learning from their games and skills, the spectator would be playing the game themselves with their friends. Participation breeds engagement.

VR cannot match the accessibility of Fortnite. At best, VR streamers can add a mod that lets them see a Twitch chat while playing a video game. But players themselves cannot participate to the same level, having to wear a VR headset and be fully immersed. When participation is difficult, interest drops.

Still, groups can grow a community via Discord and other forums. Some spectators still like to watch their favourite personalities play through games, such as Virtual Reality Oasis or Nathie. Other groups provide technological solutions to spectating, such as the Weavr consortium which can help companies deliver content across 2D, AR, and VR platforms simultaneously. The group consists of companies like REWIND, Focal Point VR, and the ESL.

Games to play
The third issue relates to games. It is no secret that quality content drives platform adoption, which is why Oculus is funding AAA titles like Medal of Honor: Above and Beyond. If users see a title they want, then they would be happy to buy the hardware to play it. A recent example is the release of the Nintendo Switch, which was released alongside The Legend of Zelda: Breath of the Wild. The game was pivotal to the first wave of consumers buying the product, with more copies of Breath of the Wild purchased for each Switch console bought. 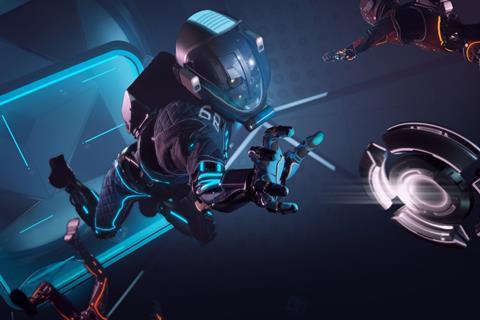 Echo Arena: One of the breakout hits for VR games

Some break-out hits have generated a decent audience, such as Ready at Dawn’s Echo Arena, a zero-gravity field, or Downpour Interactive’s Onward, a shooter like Counter Strike. The games are generally well-received, receiving positive reviews and bringing together new players. The VR Master League, one of the few competitive structures in VR, initially only featured Onward before expanding to other titles – an example of one popular game driving a competitive community.

Training in VR
Despite these challenges, VR offers a variety of new experiences that make it compelling for a niche of players. Liam Mckill, a freelance 3D artist, captained a team in the VR Master League. After being poached by a team he trained for several nights a week, and his journey led to leading his own team and training hard. The key difference he found was that VR was exhausting; instead of technical or positional skills from traditional FPS shooters, Mr Mckill’s team developed their bodies as well. Critical, considering games could last for two hours.

The physical excursion adds a new layer of skill for players competing in leagues. All the other principles of esports apply: studying maps inside-out; memorising key loadouts to counter the opposing teams items; and learning manoeuvres until they become second nature. Adding fitness brings more complexity to the gameplay, making it interesting to follow.

Growth and development
How will VR esports grow in the future? It depends on the support of companies. In the days of Super Smash Bros. Melee, competitions were largely driven by players who shared a common interest and wanted to compete.

After initially holding them back, Nintendo recognised the financial opportunity and started supporting their competitions. The support still stands today, with Nintendo supporting the Super Smash Bros. Ultimate community with their own hosted tournaments. VR would follow the same trajectory if users received similar levels of support.

HTC thinks the growth will be inevitable. ‘We’re supporting the growth of VR eSports across the entire vertical range from developing hardware,’ said Graham Wheeler, EMEA general manager at HTC. ‘Through to working closely with developers, and championing games on Viveport, as well as players. I’m confident that it’s only a matter of time before VR becomes a mainstream part of the eSports world.’

As Facebook continues to finance the ecosystem and HTC works closely with developers, companies are watching carefully. If VR ever becomes bigger, a new business opportunity will come to support. Until then, there are a few sporadic groups of competitive players who will keep building in the background, like many years ago.