VR of low strategic importance, according to Avid survey

Fewer than one in five respondents to an Avid Customer Association (ACA) survey consider virtual and augmented reality to be important to their strategic growth plans, with more than 80% still pondering business models for adopting the nascent technology.

Some 6,500 people took part in the inaugural vote which was based on a comprehensive list of issues raised by the ACA community through forums including leadership discussions, polls and support communities.

The ACA, which launched in 2013, allows Avid’s community to influence the manufacturer’s product roadmap, service offerings, strategy and entry into new markets. 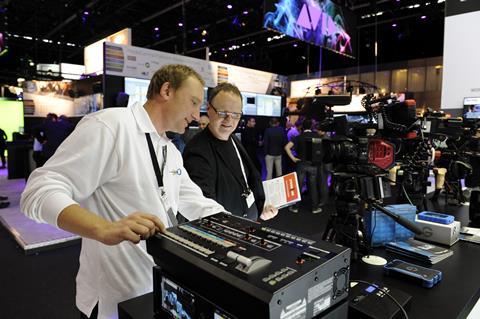 ACA Executive Board of Directors Chairman and Senior Vice President for Innovation Strategy and Technology at the Berklee College of Music, David Mash, said: “With the launch of the ACA Vote, we are entering a new phase of customer participation in the future of Avid’s direction.

”This is the chance for each member, including new members, to join the community in an unprecedented opportunity to collectively impact the future of Avid products and solutions.

”I strongly encourage members of our community to participate.”

The vote concluded that 41.6% (figure 1) found VR and augmented reality (AR) to be not important to the strategic growth plan and only 7% answering very important.

Some 82.3% are still investigating what business models are being considered across VR/AR implementation.

The timeframe for implementing these initiatives saw 15.8% predicting VR and AR implementations initiatives to roll out in the next one to two years.

Over half (54.8%) of all respondents said they create content for two to five content delivery platforms, while some 37.8% pointed to the purpose of reaching new audiences and 37.7% cited maximising audience engagement.

Hybrid SDI/IP (50.9%) and IP-only (26.6%) were the leading answers for the new types of investments in connectivity across emerging technology and new business requirements.

Figure 2 illustrates the type of IP video standards respondents are thinking of adopting.

The biggest challenge to adopting 4K is the burden on storage capacity (31.6%) followed by the cost of adding and or upgrading 4K capabilities (30.5%).

Only 9.9% of respondents answered terrestrial broadcast was by far the most prevalent delivery mechanism for 4K/UHD, while 50.7% said OTT and internet is the most dominant.

The majority of respondents are working in 4K/UHD for entertainment programming (59.7%), followed by documentaries (29.4%) then sports programming with (7%).

Review and approval (43.4%) and archive (32.7%) were the highest ranking services respondents would like to see in the cloud, with transcoder (13%) and content logging (11%) following.

Interestingly, 28.3% of voters said they don’t plan to move anything to the cloud in the next one to two years, followed by 15.8% said they’d be likely to move remote access workflows to the cloud.