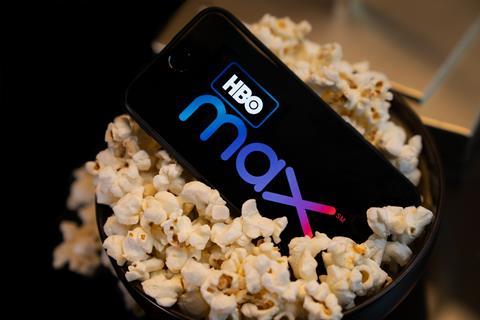 WarnerMedia has unveiled a new film label that will serve as the feature production arm of HBO’s new streaming service HBO Max, which is due to launch in May.

Warner Max is a joint venture between Warner Bros Pictures Group and HBO Max – both part of AT&T-owned WarnerMedia.

The new joint-venture was described by the duo as a “unique” partnership between one of Hollywood’s largest movie studios and its sister company HBO Max, and will ensure that the new platform has a steady stream of high-quality and highly curated original films for its launch.

HBO Max head of original content Sarah Aubrey said: “Warner Bros Pictures Group has long been the gold standard for filmmaker driven storytelling. We are proud to be in in the features business with them and continue that legacy on our SVoD platform.

“Warner Max gives us a special opportunity to continue cultivating this style of rich and diverse storytelling and it couldn’t be in better hands than with our head of features, Jessie Henderson, who’s built her career in this space.”

WarnerMedia’s direct-to-consumer offering HBO Max is set to debut this spring with 10,000 hours of curated premium content expected at launch, offering consumers a “powerhouse” of programming for everyone.

Jessie Henderson, executive vice president of original feature films for HBO Max, will expand her role to serve as the day-to-day head of the label and liaison between HBO Max and Warner Bros Pictures Group and jointly report to Aubrey and Blackwood.

Warner Bros Pictures Group COO Carolyn Blackwood said: “It’s been great collaborating with our colleagues at HBO Max to take full advantage of our shared strategic advantages and creative expertise to make Warner Max a competitive player in the original SVOD film space from day one.”

Warner Bros and New Line Cinema will continue to create mid-budget fare for traditional theatrical distribution, while Warner Max will create a new pipeline for filmmakers looking to make a particular type of film or connect with a specific audience that would be best reached in the streaming environment.

The first Warner Max titles will premiere on the service in 2020, and Warner Bros will be responsible for distribution of these titles in all other media and territories beyond the HBO Max SVoD window.

Warner Bros Pictures Group chairman Tony Emmerich added: “Working with Kevin, Sarah, Jessie and their teams, we’re committed to creating dynamic and compelling films that draw on the depth and scope of the creative resources across Warner Media.

“We’re excited to help make HBO Max a destination for both film-lovers and the creative community, while delivering a win across the entire Warner Media organisation.”