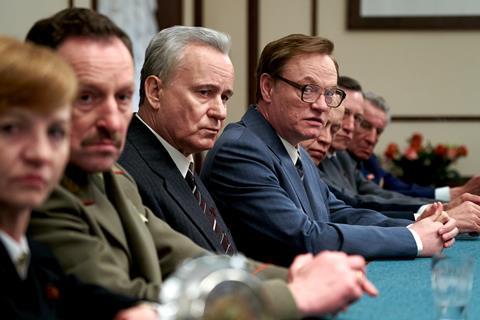 HBO Max: Launches next month with a huge catalogue of Film and TV shows as well as original programming

AT&T owned WarnerMedia has acquired Dutch technology group The Widget Company ahead of its launch of HBO Max streaming service next month.

The Widget Company (TWC) is an Amsterdam-based technology firm that also operates in Hungary and specialises in designing services for over-the-top (OTT) mobile and connected TV applications.

The company did not disclose the financial terms of the deal, however, marks a further step in WarnerMedia’s commitment to driving its business in the OTT space ahead of the launch of HBO Max on 27 May.

HBO Max will be a direct-to-consumer (D2C) offering with 10,000 hours of premium content including the entire HBO service, Warner Bros. titles and original content exclusive to the service.

On the TWC’s LinkedIn page its mission is putting “users ate the centre if an OTT and TV everywhere world” as it develops technology solutions for connected TVs, gaming consoles, set top boxes and mobile apps.

TWC has worked for clients including the Disney Channel in Europe and smart TV Dutch streaming service Videoland.

In a statement, WarnerMedia said that over time, TWC staff will “transition to supporting WarnerMedia’s international technology operations, bringing their expertise in creative digital and OTT solutions to current and future WarnerMedia projects for the international marketplace,” according to the Hollywood Reporter.

It comes as YouTube TV struck a deal to deliver HBO and Cinemax content to its members, as well as HBO Max when it launches later this year.