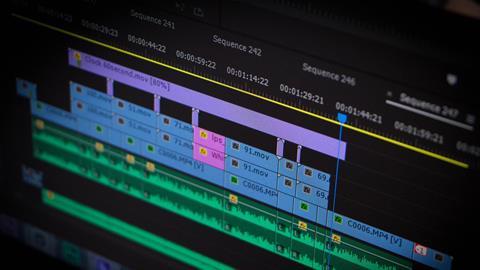 What Streamland’s Technicolor deal tells us about post-production

What does the decision by Technicolor, arguably the motion picture industry’s best-known brand, to let go of its dailies, grading, sound and picture editing services tell us about the health of the post-production industry? 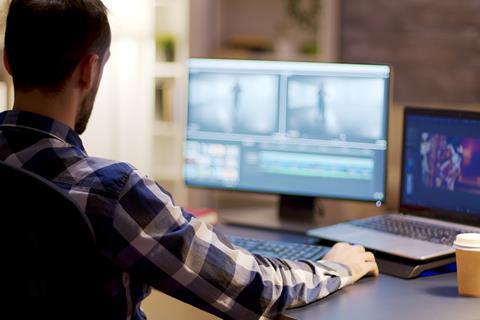 Post-production: The pandemic has exacerbated weaknesses in the industry

The pending sale by Technicolor of its post-production assets to Streamland Media may be an unavoidable result of Covid-19 and the drastic shutdown of film and TV production in 2020. Arguably, its predicament signifies a more fundamental problem with the business model of post-production, namely that scale no longer equates to efficiency.

Taken together with the Deluxe bankruptcy of October 2019, Devoncroft Partners is in no doubt. The “inescapable conclusion” wrote analyst Josh Stinehour, ”is that the business model of post-production writ-large – is broken.”

While both Technicolor and Deluxe have a hundred-year history servicing motion pictures, in the last two decades they have targeted growth by acquisition. They accumulated post-production businesses principally in the global production hubs of LA and London to enhance existing dailies expertise with grading, sound, picture editing and VFX.

Corporate behemoth
Offering a full raft of facilities spanning geographies and staffed by thousands of artists, producers and technicians (Technicolor employed over 14,000 last September), combined with the gold-plated service guarantees of a Hollywood insider, was meant to entice studios to place their biggest productions onboard. 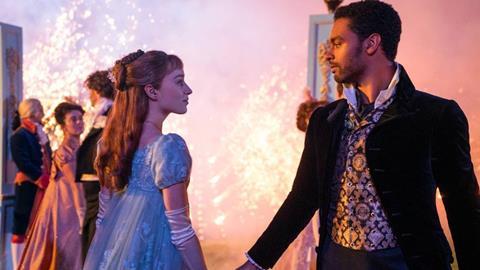 And Hollywood complied. Dozens of blockbusters passed through the Deluxe and Technicolor machine. Only last year Technicolor had a hand in posting projects like Bridgerton (Netflix), The Good Lord Bird (Showtime), Perry Mason (HBO), and Borat Subsequent Moviefilm (Amazon) winning two Emmies for its Sound Mixing of HBO’s Watchmen.

Yet neither company could rid itself of long-term debt. Deluxe was forced to restructure after its debt burden went above $1 billion. Technicolor began 2020 with a debt of nearly $1.6 billion – ironically some $250 million more than French group Thomson Multimedia paid Carlton Communications for the original Technicolor business (which included then, as now, a DVD distribution arm) in 2000. It completed Chapter 15 proceeding in a US bankruptcy court by September.

To the outsider, it seems that Deluxe and Technicolor were too slow to adapt their business to digital after a century of monopolising film processing. Did the attempt to iron out efficiencies detract from local facility culture too?

Pandemic exposed weakness
Certainly, Technicolor’s production services activities were seriously affected by the halting of live action shooting. Some 50 sets of dailies stopped overnight in March. In this it was far from alone and in truth its problems predate the pandemic which only served to exacerbate weaknesses in its existing business.

As Stinehour emphasises, “All the current disruption has done is accelerate Technicolor restructuring and amplify its magnitude. Covid is exposing structural issues.”

“The failure or success of any post-production business has to be attributed, at least in part, to its management”

Toward the end of last year, Christian Roberton, who joined MPC in 2003, was promoted to president of the Production Services division and tasked with streamlining the operation.

As head of Technicolor’s Film & Episodic VFX department, Roberton had “built organically one of the largest and most effective VFX agencies in the world.” During his tenure not only did the division win several Oscars (including for MPC’s work on Disney’s The Jungle Book) but grew sales from $60 million to $1bn.

His new mission, in Technicolor jargon, was “to drive growth and margin enhancement by cross fertilizing all current Production Services creative knowledge and by adapting our client servicing to the post-Covid era, marked by an increased need for technological solutions and digital production expertise.”

That has resulted quickly in the division’s sale netting Technicolor $36.5 million and allowing the firm to concentrate on VFX and animation which are less dependent on live production shoots. It retains well regarded brands The Mill, Mikros and MPC. 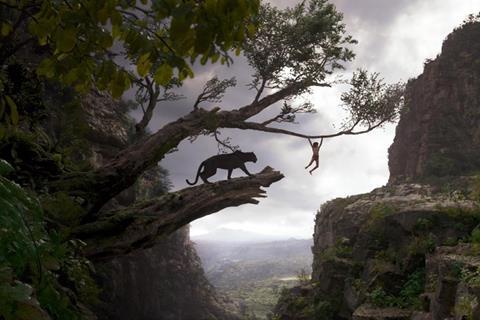 Christian Roberton: Led Technicolor to several Oscar wins including for The Jungle Book

Streaming content demands scale
The sale comes at a time of unprecedented demand for post-production services, particularly in episodic TV. In its strategic plan 2020-2022 Technicolor claimed its Production Services, were “well placed to benefit from the burgeoning growth of streaming platforms and the unprecedented demand for original content”. It was also “well positioned to capture outsized market share in Film & Episodic, Advertising, and Animation.”

Netflix spent $17.3 billion on content last year – two and a half times more than Amazon Prime Video. Netflix is even confident it will launch more originals in each quarter of 2021 than in 2020.  By 2028, analyst BMO Capital Markets predicts the streamer will be spending $26 billion a year on content. And with 73% of total subscribers from North America, Netflix has to pursue growth overseas with local content commissioned to attract customers in territories like India, Brazil and Spain.

“Even at such stratospheric multi-billion content budgets, each provider is aiming to strip costs out of production and yet retain Tier 1 value on screen,” he says. “They are all figuring out how to do that.”

At this volume, Netflix and the studios don’t necessarily want to be placing piecemeal work with smaller facilities but large orders with groups that can deliver the high and consistent quality to deadline.

As Sherri Potter, Technicolor’s explained to IBC, the rationale for the macro-post-production businesses is far from broken. In fact, it needs doubling down.

Fundamental flaw
“Schedules across TV and features are becoming more compressed as demand for content ramps up,” Potter said in a 2021 predictions article. 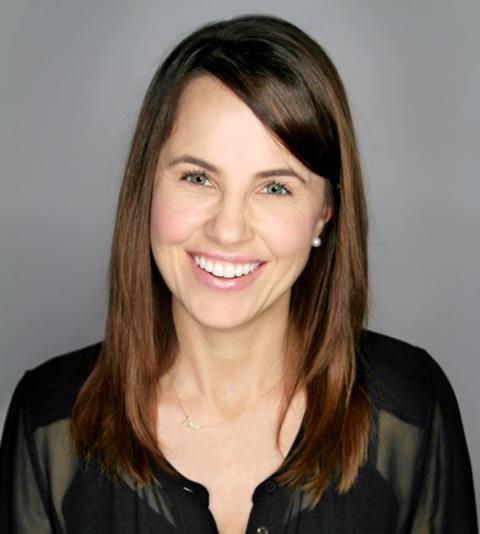 “What’s more the creative process now continues throughout the whole post process so that where creatives request changes to their vision we can respond and deliver at any point. The reason why Studios come to us is that they entrust we won’t fail and that we will throw whatever resources we need at the problem to ensure that even the most complicated production delivers.”

Yet Technicolor couldn’t find the efficiencies in marketing, R&D, round-the-clock workflows, technology investment or management to insulate it from the ravages of the pandemic.

Devoncroft suggest that those efficiencies may not exist. “Covid is no so much causing issues in the media technology sector, as it is revealing long-present structural issues,” it states. “The fundamental flaw with the post-production business model is every incremental $1 of revenue is matched by an equal and opposite $1 (at least) of cost.”

The move to cloud infrastructure and remote distributed (more flexible, less capital intensive) collaboration offers a technological solution. The pandemic has highlighted some of the existing strengths of cloud hosted workflows, not least putting to bed many executive fears over content protection, but it has also shown that it is not not yet financially viable for the industry to make a wholesale jump.

“Cloud economics will be solved sooner rather than later but it is still more expensive to launch your favourite tool into the cloud and use it for six months than to rent it (in more traditional fashion),” says Parker.

“Major studio facilities providers with banks of Avid hardware, Baselight or Resolve seats will continue to deploy those in their own machine room or downtown data centres and sweat the investment in a hybrid architecture until cloud economics justify the switch.”

VFX face squeeze
There are similar pressures in the VFX sector. Here, the use of Virtual Production technologies to reduce the cost of location work has been given serious impetus during the pandemic. While growth will be gradual as technology costs come down, VFX facilities are in a race to capitalise on pending high demand.

“The fundamental flaw with the post-production business model is every incremental $1 of revenue is matched by an equal and opposite $1 of cost,” Devoncroft Partners

It is not a given that those VFX companies which were powerhouses prior to the pandemic will win this work. The sector has suffered disproportionately during the halting of production; revenue streams were severed; multiple staff laid off.

“The winners in the race to VP will be the business that can perform virtual production at scale and with the available capital to invest in resources,” Parker says.

A management issue
The failure or success of any post-production business has to be attributed, at least in part, to its management. It is notable that two of the longest serving and most successful post-production executive teams of the last two decades, at Framestore and The Farm, are integral to new super-sized facility groups.

William Sargent co-founded Framestore in 1986 as a VFX shop for commercials. He recently led the takeover of the post-production assets of Deluxe (including Company 3 and Encore), employs 6,000 people and oversees a company with multiple locations including Mumbai, Montreal and Melbourne. A stated intent is to work on studio projects across all media from mobile to Imax and theme parks.

“Working with the same assets for a TV spin-off and a ride is definitely more efficient under one roof,” Fiona Walkinshaw, global managing director, Film, Framestore told IBC. “Efficiency is what a lot of clients are looking for.”

Vikki Dunn and Nicky Sargent (no relation to the Framestore co-founder) founded broadcast post facility The Farm in Soho in 1998 with the backing of ad agency WPP. Under their stewardship The Farm Group grew outposts across London, Manchester and LA regularly winning plaudits for its work in what is a notoriously cut throat and low margin business.

To that portfolio of “exceptional family of boutique businesses” (in the words of Streamland CEO Bill Romeo) can now be added Technicolor’s post division. Dunn and Sargent remain directors of The Farm and involved in decision making as shareholders in Streamland which is backed by Trive Capital and Five Crowns Capital.

If anyone can knit together a series of ‘boutiques’ into a corporate powerhouse without sacrificing the client-focussed touches and local market knowledge that built the individual facilities in the first place it would be the management skills of Dunn and Sargent.

Jeffrey Schaffer, founder and managing partner of Five Crowns, certainly believes there’s profit to be made in the sector at scale: “We envision a bright future for the evolution of post-production upon the completion of this deal.”