World Cup streaming: How to avoid scoring an own goal

There was a social media meltdown early in the World Cup as Australian fans damned an OTT service provider for failing to adequately stream matches. So how should OTT providers ensure that streaming of high-demand live events keeps the fans happy?

It’s every fan’s agony – and every sports media firm’s nightmare - when the live feed drops during the big game. 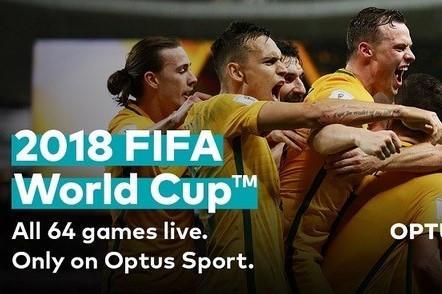 Australia’s football fans were thus afflicted during the early stages of the World Cup when some viewers of sports service Optus Sport encountered drop-outs and constant buffering of the live streaming of the Group A game between Egypt and Uruguay.

Fans took to Twitter to berate the telco, which had offered a premium subscription to watch all 64 matches of the tournament - live and on-demand.

Demands of a different kind were leveled at Optus immediately after the match as enraged subscribers sought refunds.

An Optus spokesperson blamed the disruption on “an extremely high number of viewers logging into our platforms just before kick-off causing some systems to overload”. Who could predict such viewing figures in a sport-mad nation like Australia?

Australia’s free to air public broadcaster SBS has stepped in to save the day, offering to simulcast the rest of the tournament together with Optus.

Optus is refunding subscribers, but the damage to its reputation has been considerable. It’s not only the public perception that matters; the broadcast industry viewed the incident with interest, and in some cases, sympathy.

But where does the fault lie when streaming…doesn’t stream?

Kenneth Haren is Solutions Engineering Manager at Telestream, a leading provider of enterprise-class live streaming solutions for media and entertainment companies. He’s well placed to comment on how OTT changes the playing field for live events. 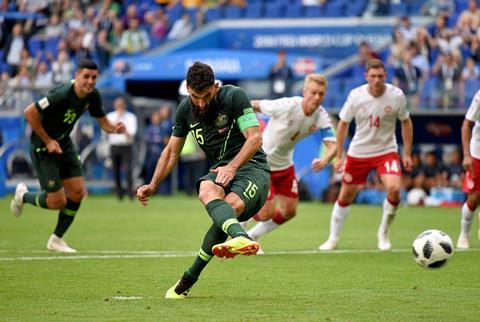 Mile Jedinak converts a penalty for Australia vs Denmark

“Pay-TV operators generally provision resources on a ‘per subscriber’ basis before the event, or a ‘one-to-many’ broadcast or satellite distribution model,” explains Haren. He says that OTT, by comparison, is generally is delivered on a ‘one-to-one’ direct model.

OTT experiences are generally delivered through a content distribution network (CDN), which can help plan for audience size and scaling the service in realtime.

CDNs are purpose built with robust caching layers designed to deliver content and to dynamically scale to meet changing demand. Haren says it is important to ensure that a CDN’s caching network is optimised for the event.

For example, if the OTT experience includes high resolution UHD streams, will this be a challenge for the cache nodes in the CDN?

It may also be that an event is delivering internationally, in which case it is important to understand the reach of the CDN partner, notes Haren.

Reliability measures
But surely an OTT provider should be prepared for a massive spike in interest during such a popular sporting event?

Samy Bouchalat is Director of Distribution and Media Services at Globecast, a leader in media management and playout, and has plenty of insight to offer into how live event coverage can go so wrong.

Bouchalat says: “While we can’t comment on the specific case in Australia, generally speaking failure can happen either within the media delivery path or the control path.”

The media delivery path runs from the event source to the processing platform then to viewers using a CDN. The control plane (or path) links end-users’ devices to the service platform. Here content is declared in a CMS, authorised users are registered, DRM licenses are issued, stream token protection mechanisms are implemented, and so on. 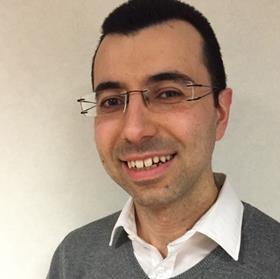 “Something can go wrong along the chain, but when large audience events are taking place, there should be sufficient redundancy to cover almost all links in the chain,” says Bouchalat.

“The CDN could struggle to cope with particularly large audiences if its footprint, in terms of points of presence [PoPs] and bandwidth to interconnect with internet service providers, is too limited.”

If the service platform is highly stressed by large audiences, it can fail to cope with the load, especially at the back-end server level that handles user request responses. This has happened in the past, even to premium OTT platforms, particularly when a highly anticipated TV series is released.

“Design-to-fail schemes are a good starting point,” advises Bouchalat. “Avoiding single points of failure and adding automatic redundancy for both network paths, systems and even operation sites, will open your business to high availability, disaster recovery and business continuity.”

Both Bouchalat and Haren suggest that the reliability and performance of high demand OTT streaming operations would significantly increase if multiple CDNs were utilised.

According to Haren, making sure the source content is continually optimised and that the production environment is robust enough to handle any changes is also of prime importance. As is constant monitoring.

“Monitoring is an often overlooked yet critical element to successful video delivery,” says Haren. “Too often, content owners are blind to the conditions impacting the OTT experience until they start seeing negative posts on social media. Leveraging realtime QoE/QoS monitoring across geographic and network environments provides actionable intelligence in how the OTT experience is performing.”

“Something can go wrong along the chain, but when large audience events are taking place, there should be sufficient redundancy to cover almost all links’ Samy Bouchalat, Globecast

Intrusive advertising
ITV also had a stream of problems during the early stages of the World Cup, with complaints about poor quality as well as ad breaks causing viewers of the ITV Hub on computers and iPhones to miss kick-off.

An ITV spokesperson told the Guardian: “For a small number of viewers watching the Hub on PC and mobile the scheduled ad break overran by 30 seconds due to a technical issue and we are investigating how this happened.”

Haren says the advertising experience can be a particular challenge for OTT platforms.

He says: “Nobody wants to miss important elements in the feed due to a poorly timed ad pod. It’s also frustrating to see the same ad content play over and over due to poor execution.” 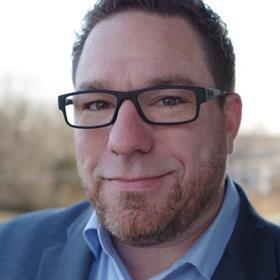 According to Haren, such problems may be caused by client side ad insertion - where plug-ins for the player on the viewer’s device manage the transition between ads loading from a third-party server and video content from the CDN. This helps OTT services to deliver a personalised experience to an audience.

However the growing range of standards used by different OTT viewing environments for delivery and advertising support may present a challenge to how ad breaks are being signaled to the player plug-ins – leading to disruption and angry fans.

Server side ad insertion, where the ads are inserted in the video stream itself, is another technique that aims to smooth out ad transitions. “Programmatically driving the encoder to switch in/out of ad breaks delivers a consistent ad experience that is identical to the traditional broadcast experience,” says Haren.

“Ultimately, the goal is to deliver an engaging OTT experience. Ad models that disrupt engagement are rapidly being replaced with enhanced trafficking capabilities in the encoding, packaging and playback environments.”

Bouchalat says the best way to handle the stresses facing such a platform is to design its software for “real-time elastic workload adaptability, by using public cloud computing platforms and associated application programmatic interfaces (APIs)”.

“This cloud-aware culture needs to grow among media expert professionals,” he adds.

“The failures that have happened in the past, and the corresponding experience, needs to be addressed by redesigned action plans to reinforce these systems. The cost of these steps can be balanced [against] the risk of refunding paid subscribers and the bad buzz for a brand.”