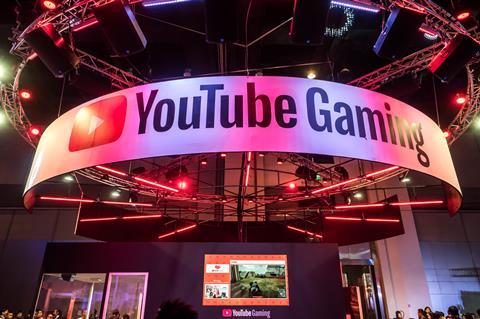 The two companies today announced the partnership which will see Google Cloud provide Activision Blizzard with infrastructure harnessing its advanced data analytics and artificial intelligence (AI) capabilities, while YouTube will become the sole global streaming partner, excluding China, for the live broadcasts of its esports leagues and events.

The deal means Overwatch League, Call of Duty League, Hearthstone esports and more will be streamed over YouTube.

A statement from Activision Blizzard said its hundreds of millions of monthly active users will have an enhanced player experience with personalised interactions and low-latency experiences using Google’s technology with the possibility to offer curated recommendations for in-game offers as well as differentiated gaming experiences.

“We are excited to now expand our relationship and help power one of the largest and most renowned game developers in the world.”

YouTube will live broadcast Activision Blizzard’s esports tournaments with the inaugural Call of Duty League season starting last Friday, with 12 teams competing in Minnesota, and the Overwatch League’s 2020 season to follow on 8 February.

All competitions will be live streamed on each league’s YouTube channel and will include archived and other special content.

The Verge reported the “huge win” for YouTube as a stride in the right direction to compete with the like of Twitch, which was the exclusive streaming partner of Activision Blizzard’s first two seasons of the Overwatch League.

YouTube head of gaming Ryan Wyatt said: “With more than 200 million gamers a day watching more than 50 billion hours of gaming content per year, YouTube provides gamers and their passionate fans with the most popular video gaming platform in the world.

“Both the Overwatch League and Call of Duty League are the quintessential examples of world class esports content. As a former Call of Duty esports commentator myself, I couldn’t be more excited for Activision Blizzard to choose YouTube as its exclusive home for the digital live streaming of both leagues.

“This partnership further demonstrates our dedication to having a world class live streaming product for gaming.”

Google said the collaboration with Activision Blizzard represents its commitment to supporting game developer success around the globe. Across its business units, Google offers a number of solutions for game developers.

“It’s our mission to deliver high-quality competitive entertainment that our fans can follow globally, live or on-demand, and to celebrate our players as the superstars that they are.

“This partnership will help us deliver on that promise at new levels, by combining our passionate communities of fans and players with YouTube’s powerful content platform and exciting history of supporting next-generation entertainment.”