Defending allegations YouTube said: "We are not a broadcaster"

YouTube has been called out as an unorthodox player within the broadcasting ecosystem, Google’s Matt Brittin defended its position on regulating content and harbouring advertising money from traditional broadcasters. 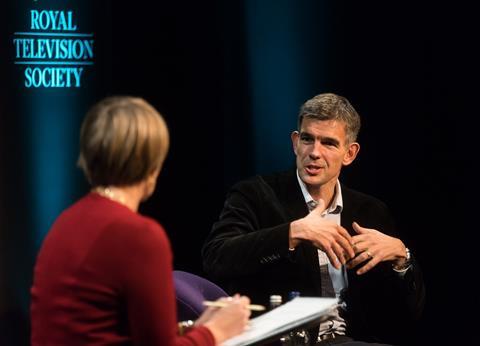 YouTube is not a typical broadcaster explained Matt Brittin, President of EMEA Business and Operations at Google.

He stated: “Anyone with a smart phone can upload video content to the YouTube platform which can be accessed anywhere and that feels slightly different from a broadcaster.”

Google owns the video streaming giant, positioning itself as a crucial player in the online video business. As a go-to source for video content, YouTube’s presence is unparalleled in sustaining income potential and rivalling traditional broadcasters.

As such, Brittin argued because Google don’t commission content to fill air time it can’t be held accountable in the same way as a traditional broadcaster, despite its audience reach and influence.

After launching its new subscription service, YouTube Red – which will launch in the UK at a confirmed date – Brittin said it has no ambition to follow in the SVOD giants footsteps. It is funding content in new ways and complies with the country’s regulations they operate in, “there is a very different approach to where the content comes from,” Brittin said.

“We are not a broadcaster but we do have responsibilities”

Speaking at the Royal Television Society event in London, Brittin conceded Google could employ greater efforts in the battle to regulate YouTube video content, this is particularly important with the change in audience viewing habits.

Brittin said: “We are not a broadcaster but we do have responsibilities and regulations to comply with and follow.”

He explained the change in consumer behaviour has seen YouTube viewers choosing to watch billions of hours of content per day in different ways. As such, the backlash Google has faced with YouTube hosting explicit and extremist content with some videos generating advertising revenue from the bad actors has put Google under the spotlight.

With three and a half billion people online and an expected five billion online by 2020, the opportunity to frictionlessly reach a global audience is an “enormous opportunity” explained Brittin.

In an occasionally tense exchange, Brittin described the UK TV industry as being wonderful, yet also, “incredibly inward-looking”. He urged TV creators to experiment with platforms and content because the UK is home to a huge creative sector but acknowledged “it is a very competitive world.”

Among younger audiences TV viewing is falling at a rapid pace according to Enders Analysis research with the 16 to 34 year old TV audience down 12% year-on-year, the relationship the millennial generation have with TV has changed.

“There is a shift in the younger demographic, traditional TV content is watched in very different ways,” Brittin continued, “People are watching more video for more time per day than ever before across a variety of devices.”

Earlier this year Brittin publicly apologised at the Advertising Week Europe conference in London, after online adverts for international brands appeared alongside extremist content. At the time, he declined to state if Google would actively take action against the extremists but acknowledged the seriousness of the issue and said Google would need to improve its ad placement.

The Guardian reported, Labour MP Yvette Cooper who called out his response as being inadequate and the search giant was “failing to do enough” to filter out inappropriate content.

Brittin told attendees he has been faced with the same question countless times, how can YouTube remove pornography but not terror funded content? He explained “It’s not quite as straightforward… it is difficult to screen the context within a news bulletin for example.”

“We have put in place a combination of policies, enforcements, ways of working with experts across this type of content,” he continued, “The law does it to an extent but we [YouTube] need to do the enforcement.”

The challenge Google faces is regulating and filtering unorthodox content on a platform that is designed for free video uploading and sharing.

Brittin argued: “We are regulated we just don’t have the same set of rules as traditional broadcasters but we do have laws and responsibilities to comply with.”

Google has employed a combination of machines and people to address this rising issue. Training people and the machines to classify the content is a focus “we’ve been implementing and improving over time. We have taken down two million videos,” Brittin said.

The developments in machine learning and language technology is improving the processes significantly Brittin explained, ultimately a sustainable business model for YouTube is allowing the good content to thrive and control the bad actors.

A sustainable and successful future is through new technology adoption, Brittin urged industry players to observe the audience trends and experiment with different platforms and technology.

He said: “I believe there is an enormous opportunity for original British content and we need positive opportunities for export.

“The audience is there and it’s growing, it is going to double in the next five years, so there is a huge opportunity.”

When asked if YouTube would employ resources to help the UK TV ecosystem to thrive, Brittin explained the overall grand design will evolve over time but the main aim is to develop apps and a service that works for billions of people.

He said: “There is a big opportunity for the creative industry.”

Audiences are shifting their attention to multiple screens yet consuming more content than ever before, as such Brittin explained innovation and a sustainable business model are fundamental to enable content the thrive.

He concluded: ”New technology will allow content creators to do new things and we have a model for doing that well.”