UK PSBs valued by audiences despite decline in eyeballs 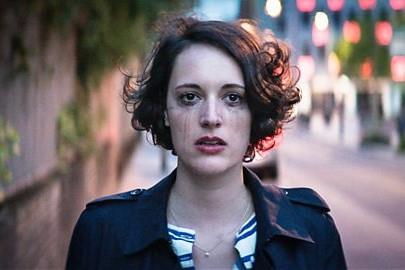 Ofcom has published a five-year review of public service broadcasting highlighting a drop in viewership - with online failing to make up for live broadcast figures.

The UK broadcast regulator released an extensive review of the UK’s PSB’s achievements and responsibilities in delivering content over the last five years from 2014 to 2018.

The report titled: Small Screen: Big Debate – a five-year review of Public Service Broadcasting (2014-18) was published with the intention to inform its wider programme of work on the future of PSB with it key findings including audiences across the UK continue to “highly value the purposes of PSB.”

The Communications Act of 2003 set out the purposes and objectives of PSBs as well as the television services responsible for their delivery. Under this Ofcom was required to periodically review the PSB channels’ performance.

The broadcasters under review include BBC television services, ITV, STV, Channel 4, Channel 5 and S4C which includes the contribution that other broadcasters, audio and on-demand services have made to the PSB objectives.

In the report, Ofcom said: “Given the challenges facing UK broadcasting, we are examining how the positive outcomes of PSB might be assured for future audiences, within the current legislative framework as well as how PSB could be reimagined for the next decade and beyond.”

While audiences have a generally positive view of the PSB channels, viewing, especially among younger people has continued to decline in the last five years with “significant changes in the way in which people watch television.”

However, according to Ofcom, online and on-demand services such as the BBC iPlayer and All4 have not to-date fully made up for the loss of live broadcast viewing, particularly amongst younger people, who increasingly prefer global streaming services, like Netflix and YouTube.

The PSB system plays a critical role in the UK’s wider creative economy with investment by the PSB channels making up the bulk of the UK production sector’s revenues and how the money is spent is underpinned by regulation that supports a vibrant and diverse production sector across the nations and regions, Ofcom found.

In line with this investment, it also noted Sky and SVOD services have increased their investment in original UK content.

The report found: “YouTube and other online sources provide an enormous volume of content including a long tail of niche interests, but of varying quality and trustworthiness.”

The data published is designed to help provoke a broad and dynamic national conversation involving viewers, the broadcasting industry, Parliament, and regulators about how the benefits of PSB might best be assured for the future.

Ofcom is also examining the role of UK broadcasting, and the PSB channels, in the success of the wider UK creative economy.

In a separate report, it has also published a five-year review of Channel 4’s performance in meeting its media content duties.

It stated: “We consider that C4 Corporation largely met its media content duties over the review period, delivering a range of high-quality programmes and successfully innovating online.

“Audiences continue to rate Channel 4 highly including in terms of creative risk-taking and providing alternative points of view. They also valued C4C’s news and current affairs output as a trusted take on the day’s events and its coverage of diversity on-screen continued to be a strength. C4C also increased its investment in content aimed at older children and teenagers.”

It found Channel 4 “did not show as many new ideas on screen or source as many commissions from different producers over this review period.”

The review also considers the risks that the Corporation faces in delivering its duties in the future in the light of changing audience habits and wider market developments.