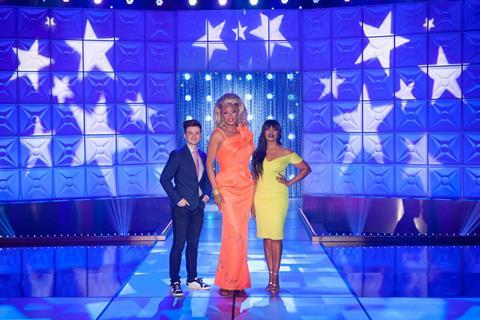 As its pay-TV subscribers decline, ViacomCBS is reversing compensation through retransmission, betting on its subscriber growth and “maximising the power of our content,” says Bob Bakish CEO.

The global media and entertainment company reported its Q4 and full year 2019 results today with a significant strategic update announced to include an improved streaming service as well as a flexible content model to monetise across owned and third-part platforms.

In a statement the company confirmed it will capitalise on these strengths which also includes its global production capabilities and its library of premium film and TV titles, “to service the largest address audience and in the process, expand the value of that content for more people, more partners and more platforms.”

ViacomCBS president and chief executive Bob Bakish said: “In less than three months since completing our merger, we have made significant progress integrating and transforming ViacomCBS.

“We see incredible opportunity to realise the full power of our position as one of the largest content producers and providers in the world. This is an exciting and valuable place to be at a time when demand for content has never been higher, and we will use our strength across genres, formats, demos and geographies to serve the largest addressable audience, on our own platforms and others.”

He said its first step is to focus on increasing the value of content, IP and franchises across its portfolio and ” applying more rigour to managing our content mix, investment and returns.”

It will prioritise content investment in streaming and studio production which are two of the company’s growth areas while aiming to optimise programming variety to improve content ROI.

It is also looking to drive growth across distribution, ad sales, content licensing and third-party studio production while it will accelerate its foray into the streaming world.

“Take a different approach” that will look to build on ViacomCBS’ streaming foundation as well as complementing the company’s free Pluto TV and premium Showtime OTT services by adding a broader pay offering that will build on the foundation of CBS All Access.

Pluto TV is a leading free streaming TV service in the US with over 22 million monthly active users as well as in pay streaming with more than 11 million subscribers.

The service will expand on CBS All Access which currently costs $5.99 per month with ads or $9.99 without. By adding the company’s scaled assets in film and TV through live and on-demand experience for its global audience base the new service could see a price rise under what the firm described as its “House of Brands.”

The company stated its go-to market strategy “includes partnerships with both traditional and new distributors, domestically and internationally,” which Bakish outlined was already in place at Showtime, which will air a special season of VH1’s RuPaul’s Drag Race All Stars on a first-window basis.

He said: “A move we think will help drive Showtime subscriber growth and further strengthen the return on investment in this franchise.”

Bakish did not reveal more specific information but the service plans to have a soft launch later this year.

Overall, its full year revenue increased 8% with growth across each of the segment’s main revenue lines, however its fourth quarter declined 1%.

Bakish added: “In 2020, our priorities are maximizing the power of our content, unlocking more value from our biggest revenue lines and accelerating our momentum in streaming.

“With this as a backdrop, we’ve set clear targets for the year and are providing increased transparency around our business to demonstrate ViacomCBS’ ability to create shareholder value today, as we continue evolving and growing our business for tomorrow.”

In January, ViacomCBS announced a renewed carriage agreement with Comcast, including retransmission of 23 CBS-owned TV stations in 15 major markets across the US. As part of the agreement, CBS All Access will be available on Xfinity X1 and Flex platforms.