Broadcasters around the world have been exploring virtual and augmented reality. John Maxwell Hobbs looks at some of the best examples.

With Facebook’s acquisition of Virtual Reality (VR) headset maker Oculus in 2014, Google’s experimental Cardboard viewer, and Microsoft’s HoloLens Augmented Reality (AR) system, technologies that have long been so expensive that they rarely were seen outside of a R&D lab have now become affordable for the average person.

In fact, Google makes it possible for people to download instructions to make their own Cardboard viewer for less than £10 – just download a free app, pop your smartphone in the viewer, and go.

First developed in the 1970s, in its most traditional form, VR is a technology that involves a stereoscopic head mounted viewer and a sensor device attached to the hand, most often in the form of a glove.

The original VR experiences involved computer generated environments that a user would interact with by physically moving in space and manipulating items using the glove. This type of experience is what’s available via systems like the Oculus Rift. With the release of the Cardboard viewer, the definition of VR has expanded to encompass stereoscopic 360 degree video.

As exemplified by the HoloLens, AR is an offshoot of VR that allows computer generated graphics to be inserted into a real environment, allowing a person to see and walk around an Imperial Stormtrooper in their front room, for example.

Several broadcasters have begun to explore how these technologies can be used to enhance their current offerings and expand the services they make available to their audiences. Although most offerings tend heavily to sport, broadcasters around the world are still exploring how to best use this technology to reach their audiences. Uses range from live, immersive broadcasts, to behind the scenes tours, to stand-alone storytelling experiences.

BBC
BBC R&D’s Reality Labs has experimented with both traditional CGI-based VR and 360 video, as well as AR.

We Wait, and Easter Rising, are fully interactive VR experiences made for the Oculus Rift that attempt to explain historical events by making the viewer a participant in the action. The first, as the occupant of a boat fleeing Syria along with a Syrian family, the second, as an eyewitness to the events of the 1916 Easter Uprising in Ireland.

In the realm of immersive video, BBC Taster has released an app that present a range of productions from documentaries about the stained glass of London to a dance production choreographed for 360 degree video.

The recent Civilisations, series was accompanied by an AR app that allows a user to place significant cultural objects such as an Egyptian mummy, or Rodin’s The Kiss in whatever location they may be, and walk around the object to examine it in detail. 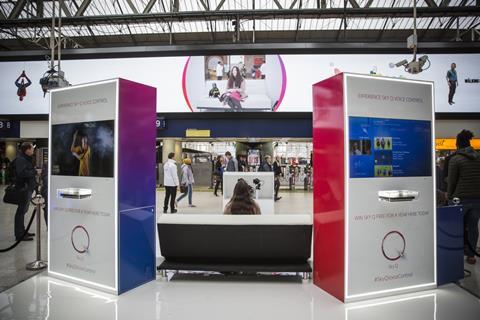 Sky
In the UK, Sky recently made a significant commitment to VR with its announcement of a partnership with Jaunt,  a white label VR distribution platform. Sky’s VR Studios, in operation since 2016, focusses primarily on 360-degree video.

The company has launched a smartphone VR app covering material from sport, film, and the arts. Among the experiences available are a behind the scenes documentary on the making of the series, Britannia, an F1 ride-along with Lewis Hamilton, and highlights from the England v Fiji rugby match.

Sky has also made use of AR marketing campaigns. In a recent promotional event at London’s Waterloo Station, passers-by could have their photos taken on a sofa with computer generated characters like SpongeBob Squarepants and Spiderman.

MTG
Sweden’s MTG was one of the first broadcasters to embrace VR, transmitting live 360 degree streams from the Rio Olympics in 2016. In 2017, it launched Viareal, a VR smartphone app. MTGs service offered VR coverage of e-sport as well as traditional sport and has since expanded to include natural history, music, entertainment and other genres. As opposed to other broadcasters, MTG is operating Viareal as stand-alone service with specifically commissioned material that is not tied into programmes broadcast on their linear services. 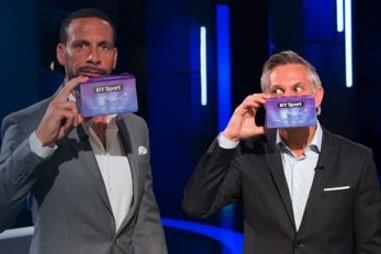 NBC
In the US, NBC streamed more that 50 hours of live 360-degree video coverage of the 2018 Winter Olympics, along with VR replays and highlight packages. The streams were produced by the Olympic Broadcast Service and were available on a wide variety of devices via the NBC Sports VR app.

ABC
ABC in the US has focussed its VR efforts on providing behind-the-scenes experiences tied to its existing programmes. Examples include placing the viewer on the ballroom floor for a dance routine from Dancing With The Stars, and sitting in the audience at the Bluebird Café for an intimate musical performance from some of the stars of Nashville.

Dancing With The Stars' Opening Dance in 360-degrees

Others
Fans of sport seem to be the primary target market for live VR services. In 2017, the National Basketball Association in the US began streaming all of its game in 360 degree video, ESPN has presented some of its extreme sports coverage in VR, and the National Baseball League has begun transmitting weekly games in VR in partnership with Intel.

As mentioned above, AR experiences often take place outside of the traditional live broadcasting environment, and allow for “real world” interaction.

A hugely popular AR app from HBO allowed people to transform themselves into the Night King from Game of Thrones.

An app launched in association with the BBC series Planet Earth II allowed users in Southeast Asia to point their smartphone cameras at common objects and get educational facts about the animals and how they were linked to the objects. The programme The Walking Dead released an app that allowed users to place zombies into the real world to create photos and videos.

The Future
As far as broadcast is concerned, it seems the jury is still out on VR.

Nokia dropped its Ozo VR camera and exited the VR market at the end of 2017. And after two years of experimentation, Norwegian broadcaster NRK put an end to all development of VR and 360 video. And in a survey done by IABM last year, 68% of respondents who were exploring VR had no plan on how to monetise their VR offerings.

An industry already burned by the hype of 3D is treading carefully.

Speaking at the VentureBeat GamesBeat Summit, NBC Universal’s EVP for Games and Digital Platforms, Chris Heatherly, said, “It isn’t a business yet. There’s a lot of negativity around VR. I happen to be bullish about the platform, but I think the technology was far from prime time for most users.”

However, there may be cause for optimism - it may simply be that we are still in the early days of this technology, and VR needs to be given time and space to find its feet.

Companies from outside of traditional broadcasting, like Intel and Google have launched VR services, and gaming platforms like Steam have introduced their own VR entertainment offers.

Sony, Oculus, Microsoft, Google, and others have recently released low-cost headsets; in the last quarter of 2017, the number of headsets shipped passed 1 million for the first time; and Statista forecasts that the global market size of the VR and AR markets will nearly double in 2018, from US$9.4 billion to US$17.8 billion.

Interested in immersive? The NextGen: Interactive + Immersive Experiences conference track at IBC2018 will provide insight into developments within the worlds of eSports, live production, AR and social.