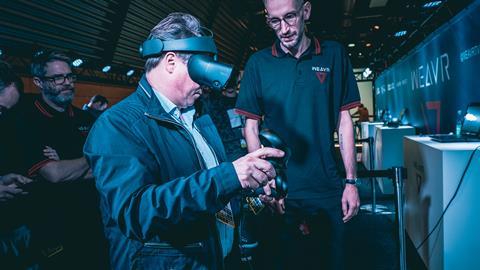 The UK government-backed Weavr project has released a new phase of immersive technology aimed at enhancing the esports fan experience.

The Weavr consortium, which is led by ESL UK, announced today its updated mobile app and virtual reality (VR) experience had been unveiled to thousands of fans who gathered at ESL One Hamburg to watch the live Dota 2 action last month.

The newly-released app detects player moments and performances and serves users a story feed that is tailored to what matters to them most.

Users are able to track and compare the performance of their favourite players in real-time, including unique stats.

The consortium has made the app available for public download on the Google Play Store for the first time. It was downloaded and used by fans watching in the arena as well as those following the matches from home.

In another first, it broadcast live in VR to some of the ESL Play community in the UK. Is technology specialists include Rewind, Focal Point VR, Dock10, Cybula and York University is a focussed two-year project as part of the Industry Strategic Challenge Fund (ISCF).

The updated app and introduction of VR into the platform represents a major step forward towards the consortium’s goal of creating a truly immersive and highly personalised experience for esports fans, according to Weavr.

In a statement to the press, the consortium announced it was “thrilled with the reaction from fans and talent alike.”

Of those who downloaded the app, 82% use it on a repeated basis, demonstrating the desire of fans wanting to know more about the performance of players and teams as well as win predictions.

ESL UK chief executive James Dean said: “We said at the start of this project that we wanted to move away from linear ‘one-for-all’ coverage towards hyper-personalised experiences. Here at Hamburg we have just taken a huge step towards reaching that goal. Experiences are tailored to each viewer’s interests, they are fully interactive, and provide individualised insights into matches in real-time.

“And it’s not just fans here in Hamburg who have been impressed; people have also been downloading the app from home. The feedback we have received both here in Hamburg and further afield has been fantastic, and we are already planning for the next stage at ESL One Birmingham which takes place next year.” 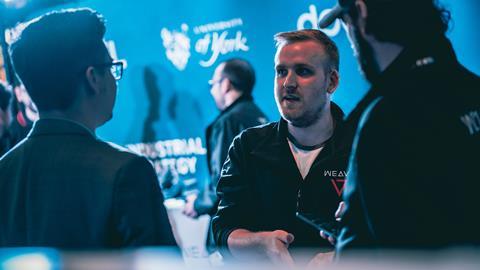 Whilst in Hamburg, the Weavr team were joined by Dota 2 player and coach, Robson ‘TeaGuvnor’ Merritt and caster Gabriel ‘Lyrical’ Cruz who helped to demonstrate the platform to fans there.

Merritt said: “While spending time with the Weavr team at ESL One Hamburg, it became clear that the work they are doing has the potential to grow into something that is an integral part of the esports viewing experience; benefiting both the broadcaster and the viewer.”