Weighing up the impact of Brexit

IBC2018: Growth of the British creative industries will be hit by Brexit, agree executives at an IBC session.

The impact of Brexit on the British broadcasting industry was described by panellists speaking during an IBC breakfast session as “unpredictable” and “damaging” to the UK creative industries and economy as a whole. 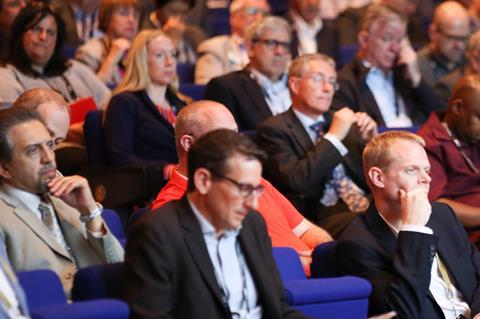 The imminent loss of creative talent, and the rising cost of manufacturing, exporting and licensing regulations were top of the agenda.

Commercial Broadcasters Association (COBA) Executive Director Adam Minns said: “Day one impact will vary from company to company. The UK broadcasting creative industries will still remain a huge broadcasting sector but the international side will be damaged.”

“Policy makers are trying to fragment [the creative industries] and the industry needs to be global and to build scale, in order to compete.”

Minns noted the UK will continue to remain a major hub for broadcast and TV production. However, he added: “There will be growth but it won’t be what it could have been because international markets are far outstripping domestic in terms of growth and that will hurt the UK.”

Pact Deputy Chief Executive and Director of Business Affairs Max Rumney said a rising concern for an “incredibly buoyant sector” is whether it will be able to retain European talent working in British production.

’The next three months will determine the next five years’ John Kampfner, Creative Industries Federation

He said: “Without those people we wont be able to service the business, we need these people and that flies in the face of Brexit.”

Creative Industries Federation Ambassador John Kampfner explained the damage could have been better limited with a clearer approach by the government. He said it was concerning that serious negotiations have only started in recent months.

He said: “The next three months will determine the next five years and the worst case scenario is chaos for broadcasters and the entire economy.”

Rumney explained that the UK was enjoying strong growth in the creative industries, citing increased investment from overseas in UK-based studios.

“We are attractive at the moment but policy makers are fickle and someone will be crunching numbers and if Sterling gets stronger the tax benefits will drop and the productions bases and talent will leave.”

“It’s going to take time” Minns continued. “I don’t think companies will move to European member states, it might be an evolution for five to 10 years’ time.”

The UK is the playout capital of the world with more than 600 channels licensed to transmit to 27 countries across Europe.

Yesterday, the British government released its guidance for the broadcast industry if there is no Brexit deal struck. Under a no-deal Brexit, the Ofcom licence for broadcasters playing out into Europe would no longer be valid without them having a “significant presence” on the continent.