Arri has launched the Arri Alexa 35, a 4K Super 35 camera which incorporates the first new sensor in 12 years from Arri. 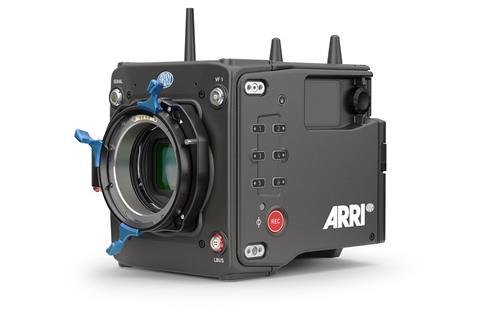 The Alexa 35 measures at 17 stops of dynamic range (exposure latitude). That is 1.5 stops more in the highlights and one stop more in the shadows than previous Alexa cameras. Stray-light suppression in the camera and lens mounts ensures that the full contrast range and character of each lens are captured by the sensor.

With low noise and sensitivity settings ranging from EI 160 to EI 6400, the Alexa 35 is a “High ISO” camera. An optional Enhanced Sensitivity Mode can be applied to settings between EI 2560 and EI 6400, producing a cleaner image in low light.

Arri raw footage captured by Alexa LF and Mini LF cameras can be processed with Reveal Color Science, gaining many of its advantages. This means that the Alexa 35 and Arri’s large-format cameras can be combined on set and can also share LogC4 LUTs in post.

Its Super 35 4:3 native 4K sensor can be used with many existing lenses—modern and vintage, anamorphic and spherical, Super 35 and large format.

Arri Textures is a new feature that allows cinematographers to alter the way in which the camera records images. Up until now, Alexa cameras have been pre-programmed with a default texture that determines the amount and character of grain in the image, and the amount of contrast at different levels of detail, perceived by the viewer as sharpness. The Alexa 35 provides the option to choose from a menu of Arri Textures, much like selecting a film stock.

The Arri Alexa 35 is the smallest fully-featured Arri production camera, including the features and processing power of a larger Alexa into a Mini-sized body. There is support for 1TB and 2TB Codex Compact Drives and MVF-2 viewfinder, now with HDR. There’s a new left-side display, Advanced Color Match, pre-recording capability, and other improvements such as additional user buttons.

There are 19 recording formats, incorporating in-camera down-sampling and anamorphic de-squeezing, allowing productions to optimize data rate, resolution, and other parameters. Mixed reality and virtual productions will benefit from the camera’s ability to record lens metadata in all common standards and output real-time streaming metadata to Arri’s Live Link Metadata Plug-in for Unreal Engine.